Veterans Day: A time to reflect 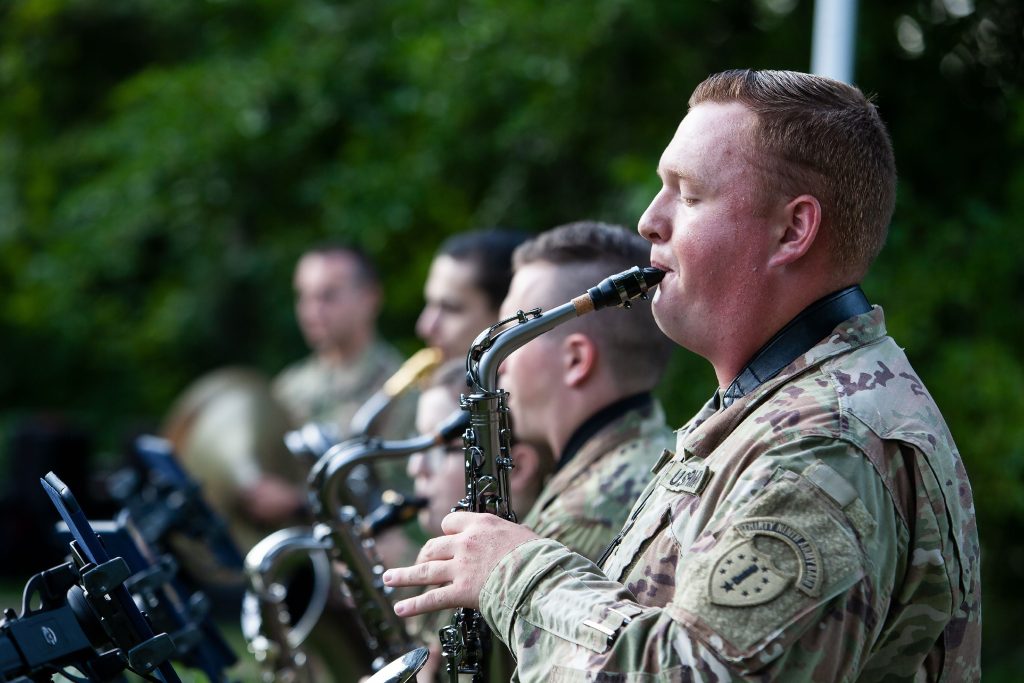 U.S. Army Specialist Scott Compton plays the sax for the 39th Army Band out of Manchester on Thursday, July 24, 2019 during a concert at the Pierce Manse on Penacook Street. 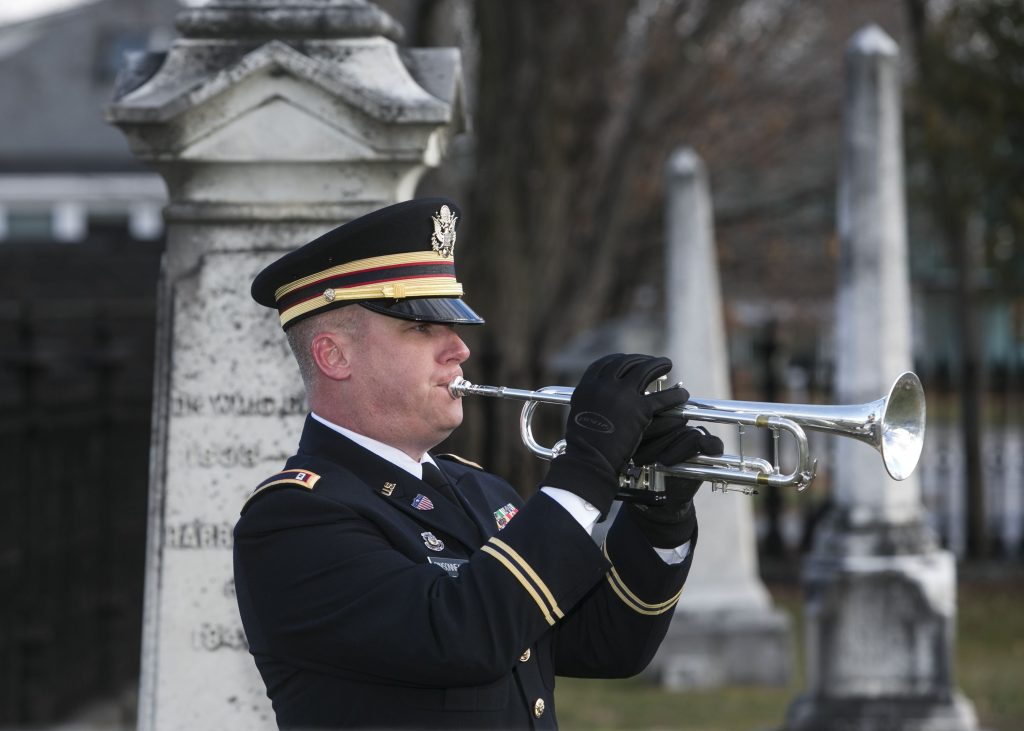 CW2 Sean Pinssoneault of the 39th Army Band plays taps at the ceremony marking the birth of President Franklin Pierce in 1804 at Old North cemetery in Concord on Tuesday. Will Parson 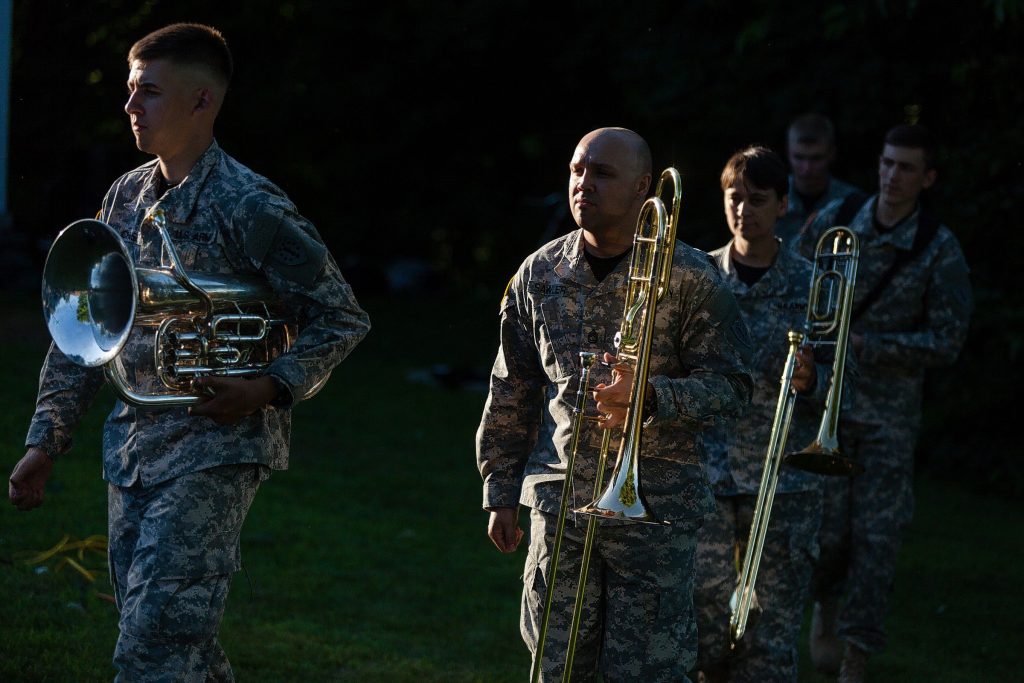 From left, Sgt. Chaz Brinkerhoff, Sfc. Kevin Sawler, Sfc. Tara Fazekas and other members of the New Hampshire Army National Guard 39th Army Band walk to their positions at the start of a summer concert on the lawn of the Pierce Manse in Concord on July 24, 2014. The Pierce Manse was celebrating 40 years of being open to the public. (WILL PARSON/Monitor staff) Will Parson

Part of the William H. Gile Community Concert Series, New Hampshire’s Own 39th Army Field Band will perform at the Capitol Center for the Arts on Friday, Nov. 11 at 7 p.m.

The 90-minute audio visual experience will also feature some of the best civilian musicians in the State, as we thank veterans from all of the service branches. The performance will include a wide variety of music genres including: rock, country, pop, jazz, and of course, patriotic classics. Veterans of all ages, their families, and the general public are invited to this memorable event. This is a free show.

Flags will be placed at graves in the New Hampshire State Veterans Cemetery in Boscawen on Thursday, Nov. 10 from 1 to 2:30 p.m. All are welcome to attend.

Speaking as Betsey Phelps, the mother of a Union soldier from Amherst, New Hampshire who died heroically at the Battle of Gettysburg, Sharon Wood offers an informative and sensitive reflection on that sacrifice from a mother’s perspective at Gilford Public Library on Nov. 15 at 4 p.m. Wood blends the Phelps boy’s story with those of other men who left their New Hampshire homes to fight for the Union cause and of the families who supported them on the home front. This program is only available as an in-person presentation.