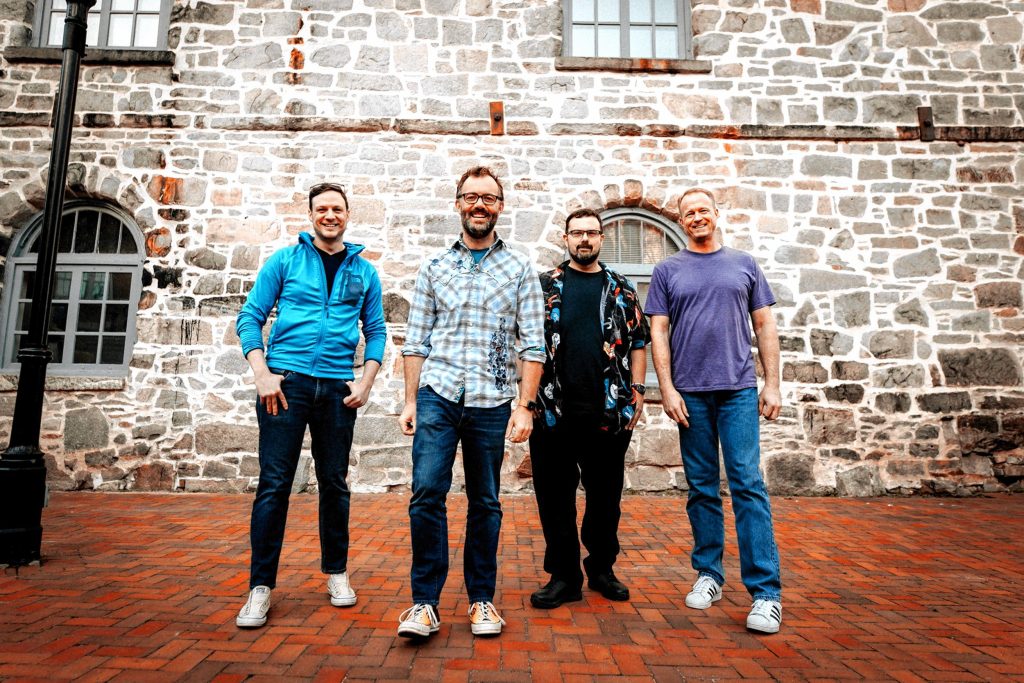 Concord rockers Andrew North & The Rangers will be celebrating their fourth anniversary at the Homegrown Stage (Bicentennial Square) during Market Days this year with a headlining set from 8 to 10 p.m. on Saturday.

“We’re so excited about this,” Andrew said, “we are having so much fun making music right now and we are really happy to be able to invite our hometown community to celebrate with us!”

The band started in 2018 when Andrew needed a band for a show.

“I had been given this opportunity, but I didn’t have a band yet, so I was scrambling,” he said. “I reached out to some players I had met at the local open mics, and I really only intended it to be a one-time performance, but we all clicked together and it really turned into something big.” The band has added members over the years and recently played their biggest show yet at the Bank of NH Stage.

Andrew North & The Rangers have quickly built a reputation around town for putting on fun and unique shows.

“We’ve got something like 60 songs at this point, mostly original,”Andrew said, “which means we’re able to play a different show each time. We try to go into it trying to have as much fun as possible but not knowing exactly what’s going to happen and I think audiences really connect with that.”

Andrew North & The Rangers also host a an open mic on the first Wednesday of each month at Area 23 in Concord called “Highway to the Ranger Zone,” which Andrew notes has become a focal point for the growing Concord music community.

“For me, music is all about having fun with your friends, and our circle of friends keeps growing” he said, “There are some amazing local players, like Curtis Arnett (saxophone), Carrie Dudley (guitar), and Senie Hunt (guitar), and to hold a forum where folks at every level of experience and musicianship can come together and just see what happens is really rewarding.”