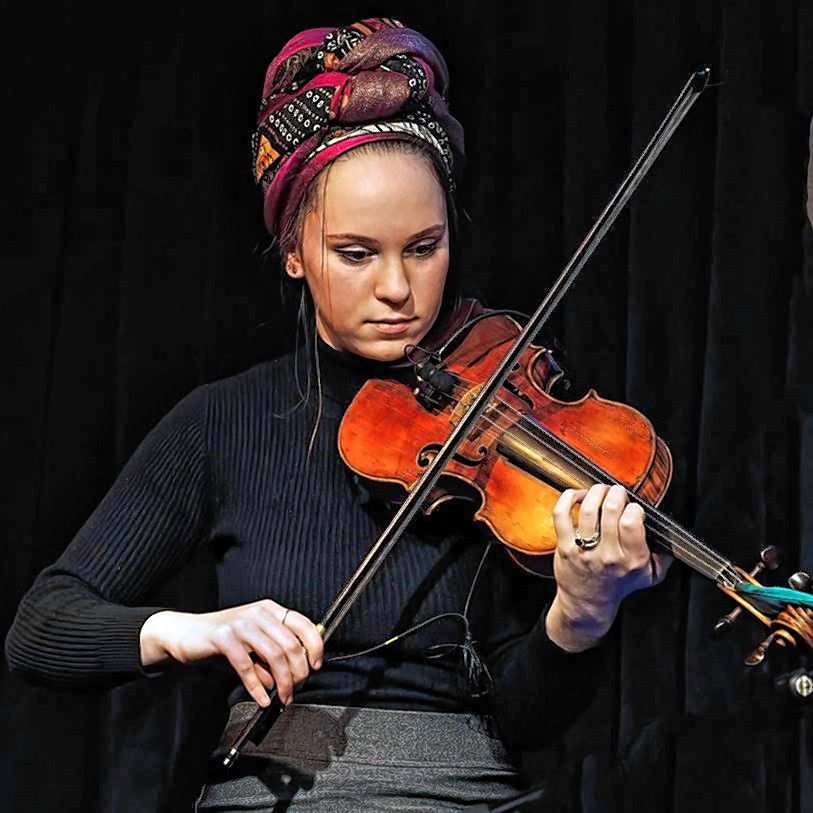 Bach Lunch Lectures in April will focus on Latino American Folkloric music on April 7 and 14 at the Concord Community Music School. Among the performers is Sofia Chiarandini, who has been playing violin since age five, and at age fourteen decided to dive into the world of bluegrass. She has performed on the main stages of bluegrass festivals such as Grey Fox, Ossipee, Joe Val, and Freshgrass. Sofía attends the Berklee College of Music where she has performed as part of the American Roots Music Program and has co-founded her bluegrass band, The Ruta Beggars, who recently released a self-titled EP and were the winners of the 2019 Thomas Point Beach band competition.

Bela Fleck: My Bluegrass Heart at the 7:30 p.m. at the Capitol Center for the Arts

Kimayo at Over the Moon Farmstead at 7 p.m.

Colin Hay at the Capitol Center for the Arts at 8 p.m.

Dueling Pianos at the Bank of N.H. Stage at 8 p.m.

Brian Booth at the Contoocook American Legion at 6 p.m.

Kimayo at Over the Moon Farmstead at 7 p.m.

Gershwin on Broadway at the Concord City Auditorium at 7:30 p.m.

Arthur James at the Concord Farmers Market from 9 a.m. to noon

Andrew Geano at Over the Moon Farmstead at 7 p.m.

The Queen’s Cartoonists (Gile Concert series) at the Capitol Center for the Arts at 7 p.m.

April Cushman at Over the Moon Farmstead

Bach Lunch Lecture on Modern Folkloric Music from Venezuela and Argentina, for trio at the Concord Community Music School at 12:10 p.m.

A journey to the White Mountains in Words and Music with Howard Mansfield and Ben Cosgrove will be held at the Bank of N.H. Stage at 7:30 p.m.

Tim Kierstead at Over the Moon Farmstead at 7 p.m.

Bluegrass jam with Ross Arnold at Area 23 at 1 p.m.

Garrett Smith at the Downtown Concord Winter Farmers Market from 9 a.m. to noon

Dakota Smart at Over the Moon Farmstead at 7 p.m.

Queen City Improv will perform at the Hatbox Theatre on April 7 at 7:30 p.m.

On April 13, the Walker Lecture Series will present “Sennett, Chaplin, Keaton and the art of Silent Film” at the Concord City Auditorium at 7:30 p.m.

Tiger Within (NR) Multiple Academy-Award-winner Ed Asner, in one of his last performances, stars in this tender story of the unlikely friendship between Samuel, a Holocaust survivor, and Casey, a skinhead teen runaway.

Mothering Sunday (R) Mother’s Day, 1924. An English house maid (Odessa Young), who is aspiring to be a writer, spends this occasion with her secret lover (Josh O’Connor) – a young man who is set to marry a woman (Emma D’Arcy) in his social circle.

Cabaret (PG) Berlin, 1931. As Nazism rises in Germany, flamboyant American Sally Bowles (Liza Minnelli) sings in a decadent nightclub and falls in love with a British language teacher (Michael York) – whom she shares with a homosexual German baron.

Everything Everywhere All at Once (R) Evelyn Wang (Michelle Yeoh) is a high-strung woman dealing with strained/stressful family relationships and a dire IRS audit of her laundromat business (handled by Jamie Lee Curtis).

The Un-Word (NR) In this snappy German satire laying bare the discords of modern multiculturalism, tempers flare after a Jewish student is goaded by Muslim classmates into a schoolyard brawl, injuring an Iranian and a Palestinian student.

To find the latest showtimes or buy tickets, visit redrivertheatres.org.