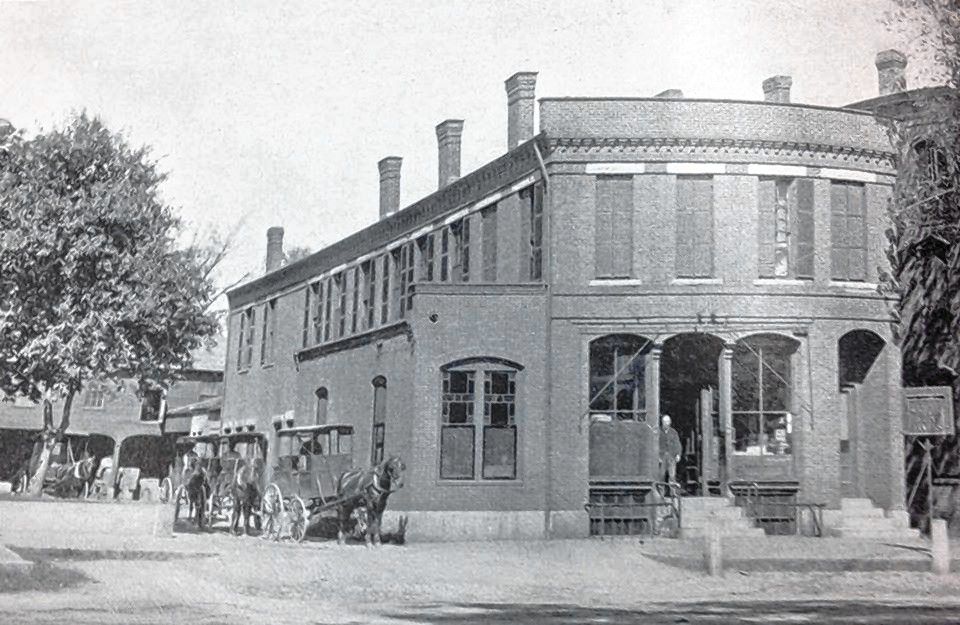 The J.C. Norris Bakery is pictured in this Main Street location. The building may look familiar to our readers, it is the present-day Bank of N.H. Stage.

As the early citizens walked the cobbled Concord Main Street late into the evening, well after the lone gas lighter had extinguished his lanterns after midnight, there was still activity in our little town. We had a war to fight and the troops needed to be fed, and that was just what the J.C. Norris & Company (Concord Theatre Building) at 18 South Main Street did all throughout the night. The ovens were blazing back during the Civil War years baking hard bread for the Federal troops. Hard bread, commonly referred to as “Hard Tack” by the troops, was made of flour and water, prone to spoilage, and often called “worm castles” by our troops in the field. Though the hard bread was common it was not the favored treat.

The most popular food sold by Union sutlers during the Civil war was actually molasses cookies, which were sold to the troops at six cookies for a quarter.

As my thoughts wander back to the 1860’s, the evenings baking of hard bread complete, I imagine the late night bakers at J.C. Norris switching the line over to Molasses cookies for our troops, the sweet aroma filling South Main Street as they prepared to satisfy the troops seeking a simple taste of home.