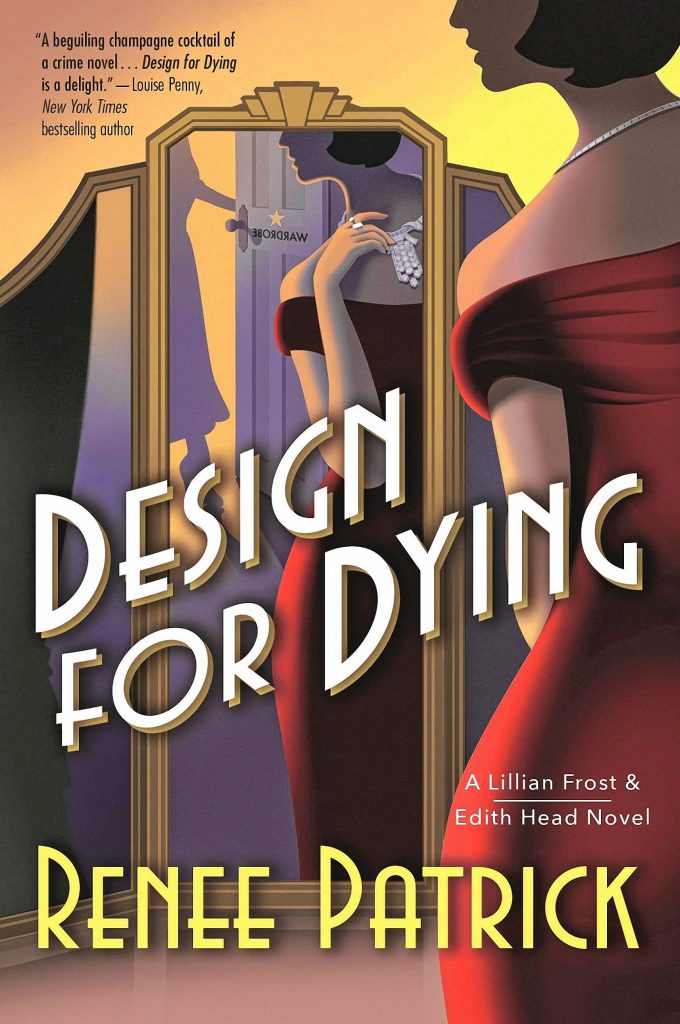 Design for Dying: A Lillian Frost and Edith Head Mystery

It’s 1937 in Los Angeles. Lillian Frost came to Hollywood – like thousands of other young women – to become a star. But it was not to be. Lillian is not an actress and instead finds a job at a department store, Tremayne’s. A young woman in a beautiful dress, something to be worn at movie premier, is found dead in an alley behind a butcher shop. Lillian discovers that this glamorous girl was her friend and former roommate, Ruby Carroll. And Lillian is now a suspect in Ruby’s death. At Paramount, Lillian meets the extraordinary clothing designer, Edith Head. When they realize that Ruby stole the clothes she was wearing (and more) from Paramount they join together to save Edith’s job and Lillian’s freedom.

This high-spirited tale is packed with glittering Hollywood stars from the thirties, with parts played by Bob Hope and Barbara Stanwyck. Lillian is adventurous and determined, and Edith Head is fascinating. Edith is opinionated and very clever about getting what she wants.