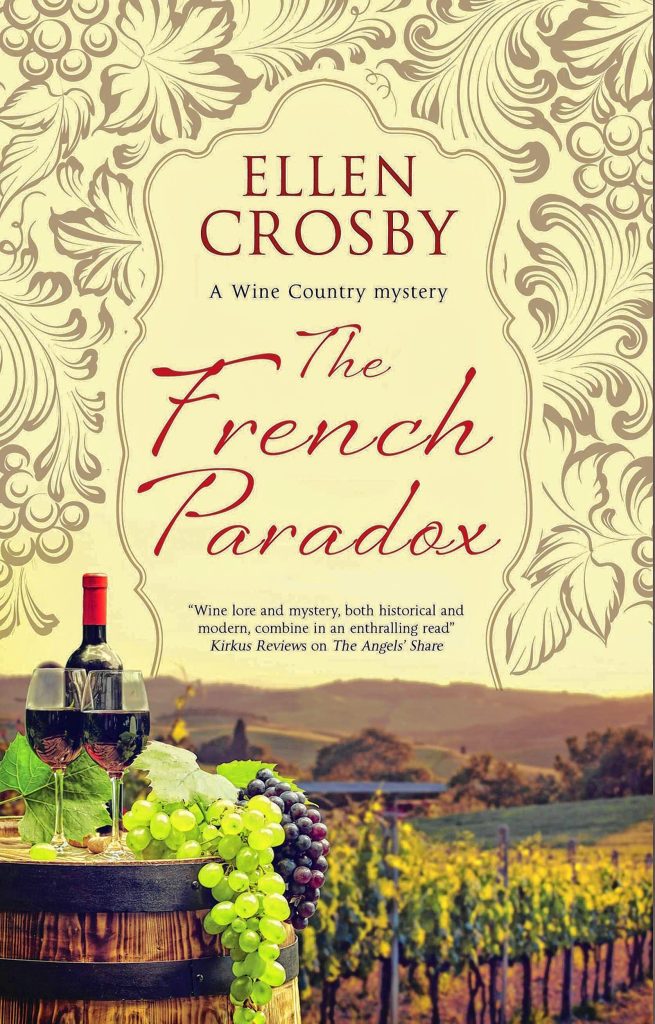 Lucie Montgomery owns a vineyard in Virginia, a job that keeps her very busy. And she’s looking forward to marrying her fiancé Quinn in the near future. She finds her grandmother’s journals hidden away in a box in the attic, and discovers that her beloved grandfather had an affair with Jacqueline Kennedy Onassis in 1949, not long before her grandparents were married. While in Paris for her junior year abroad, Jackie bought some paintings by little-known woman painter named Élizabeth Vigée Le Brun. And Lucie’s grandfather showed Jackie all around Paris. But why has Pépé has never mentioned any of this to Lucie?

Now, 70 years later, Cricket Delacroix a school friend of Jackie’s, has decided to donate the paintings Jackie bought to a museum in Washington, D.C. But her pushy and spendthrift daughter Harriet has found out about Jackie’s affair and is writing a tell-all manuscript about it. Both Lucie and Pépé are sure that Jackie, who was very private, would hate the idea of this book.

Then a famous landscape designer, Parker Lord, is found dead in Lucie’s vineyard. At first, it looks like death by natural causes, but then the police find that it was murder. Why would someone kill Parker? Was it his controversial book about climate change? Or is that Parker called into question a friend’s scientific study and ruined his reputation? Lucie is worried that someone close to her is a murderer.

Lucie decides that she must know the truth, and begins talking to people about Parker’s movements, searching for clues. But as she does this, she puts herself in more and more danger. This mystery features a vineyard owner as an amateur detective, and has interesting facts about growing grapes and making wine. If you like it, there are more Wine Country mysteries to sample!