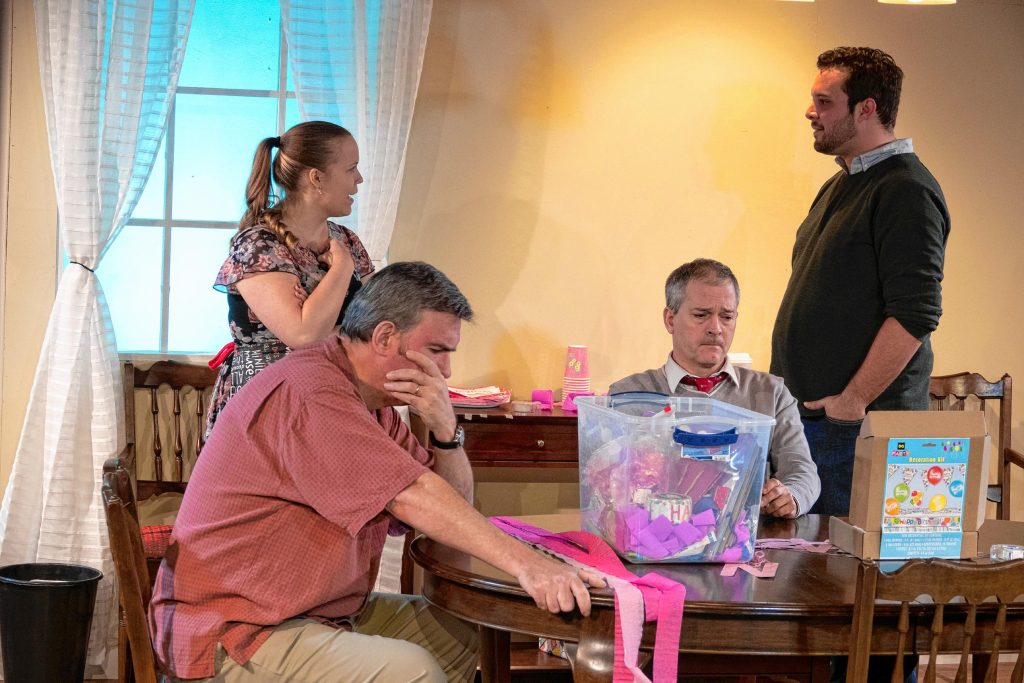 "9/12" will be staged at the Hatbox Theatre over the coming weeks. edsimeone

Eric Lindberg at Concord Craft Brewing from 3 to 5 p.m.

Walker Smith at the Downtown Concord Winter Farmers Market from 9 a.m. to noon

Kimayo at Contoocook Cider Company from 1 to 4 p.m.

Alasdair Fraser & Natalie Haas at the Bank of N.H. Stage at 8 p.m.

The Psychedelic Furs at the Bank of N.H. Stage at 7:20 p.m. (Royston Langdon opening)

Tumble Toads at Penuches at 9 p.m.

Josh Foster at Contoocook Cider Company from 1 to 4 p.m.

Paul Driscoll at the Downtown Concord Winter Farmers Market from 9 a.m. to noon

April Cushman at Contoocook Cider Company from 1 to 4 p.m.

9/12 by New Hampshire playwright Walter Freeman will be staged at the Hatbox Theatre from Nov. 12 to 21 on Fridays and Saturdays at 7:30 p.m. and Sundays at 2 p.m. The play will transport audiences back to 9/12, the day after the terrorist attacks and offer a glimpse of how families and communities began to change in the immediate wake of the tragic events. Based on the author’s own life, 9/12 chronicles a Boston couple who proceed with their plan to host a birthday party for their two-year-old daughter, but the fragile veneer of normalcy is shattered as an unexpected guest and the enormity of the tragedy awakens the gathered family and friends to their own sense of helplessness, anger, internal resentments, and shocking beliefs. Tickets are $16 to $22 at hatboxnh.com.

That Golden Girls Show! A Puppet Parody will come to the Capitol Center for the Arts on Nov. 20 at 8 p.m. Ticket $35 plus fees.

The French Dispatch (R) The American editor of an upscale mid-twentieth century magazine in France manages expat journalists who write about their lives in a fictional community called Ennui-sur-Blase.  When he dies, a handful of stories are offered which illustrate what that publication and its staff represented.  Distinctive writer/director Wes Anderson’s fast-paced, delirious anthology about storytellers contains intricately crafted dialogue, an immaculate production design (captured in a mix of  black and white and pastel images) and a very impressive cast (Bill Murray, Frances McDormand, Jeffrey Wright, Tilda Swinton, Timothee Chalamet and many others).

Belfast (PG-13) Life in Northern Ireland, circa 1969, is presented through the eyes of a nine-year-old boy in a working class family composed of three generations.  Deep ties to his neighborhood are strained when turbulent incidents arise, causing his father to question whether the family should remain in the country.  This is actor/director Kenneth Branagh’s most personal film, more than slightly autobiographical, splendidly mixing drama, humor and music (by Van Morrison) with the horrors of regional conflict.  The fine cast includes Jamie Dornan, Judi Dench, Ciaran Hinds, with special nods to Caitriona Balfe and Jude Hill (as young Buddy).