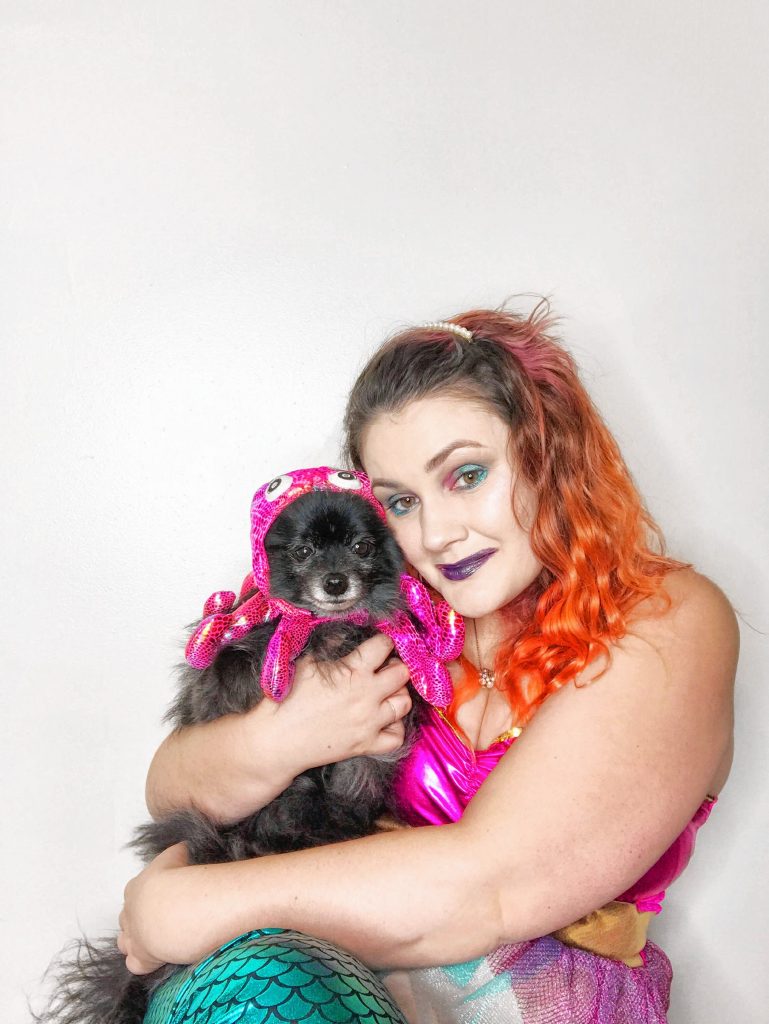 Louie under the Sea: Louie is raising awareness for keeping plastics out of our ocean by wearing a secondhand Halloween costume! 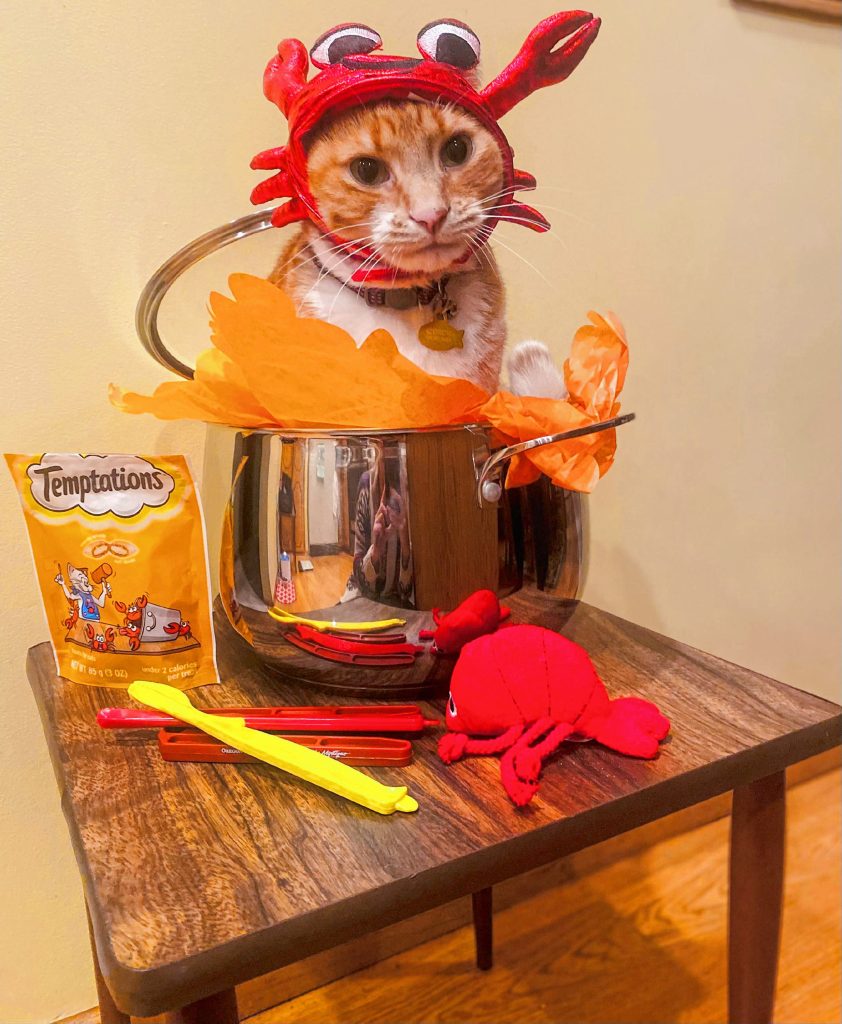 Gordie the Crabby Cat: He ate one to many crabby temptations treats. 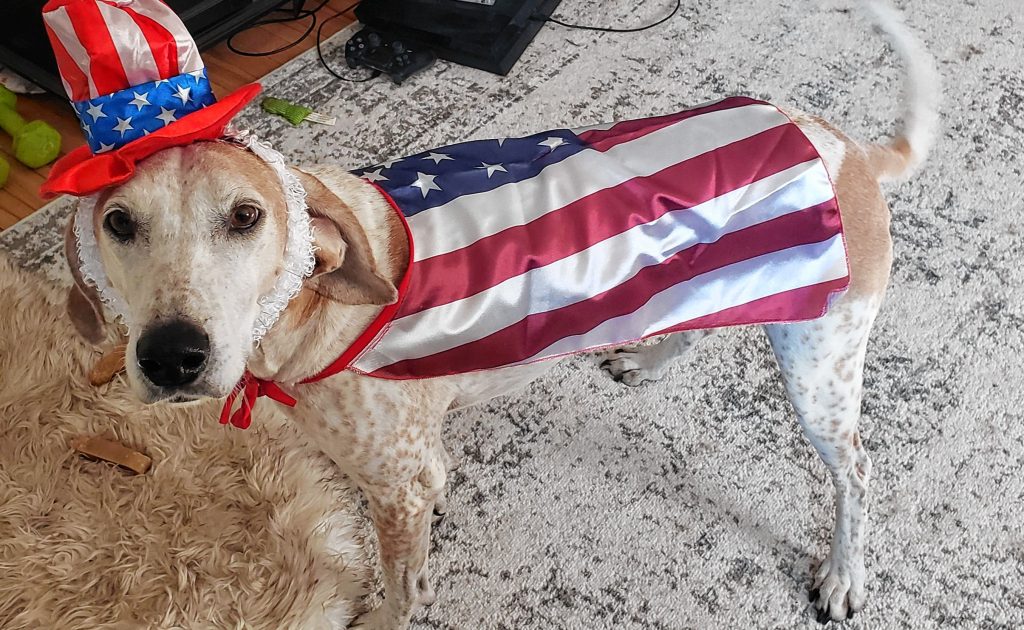 Uncle Buster: Buster is a rescue from Tennessee. He is a ham and loves to dress up and have his photo taken. 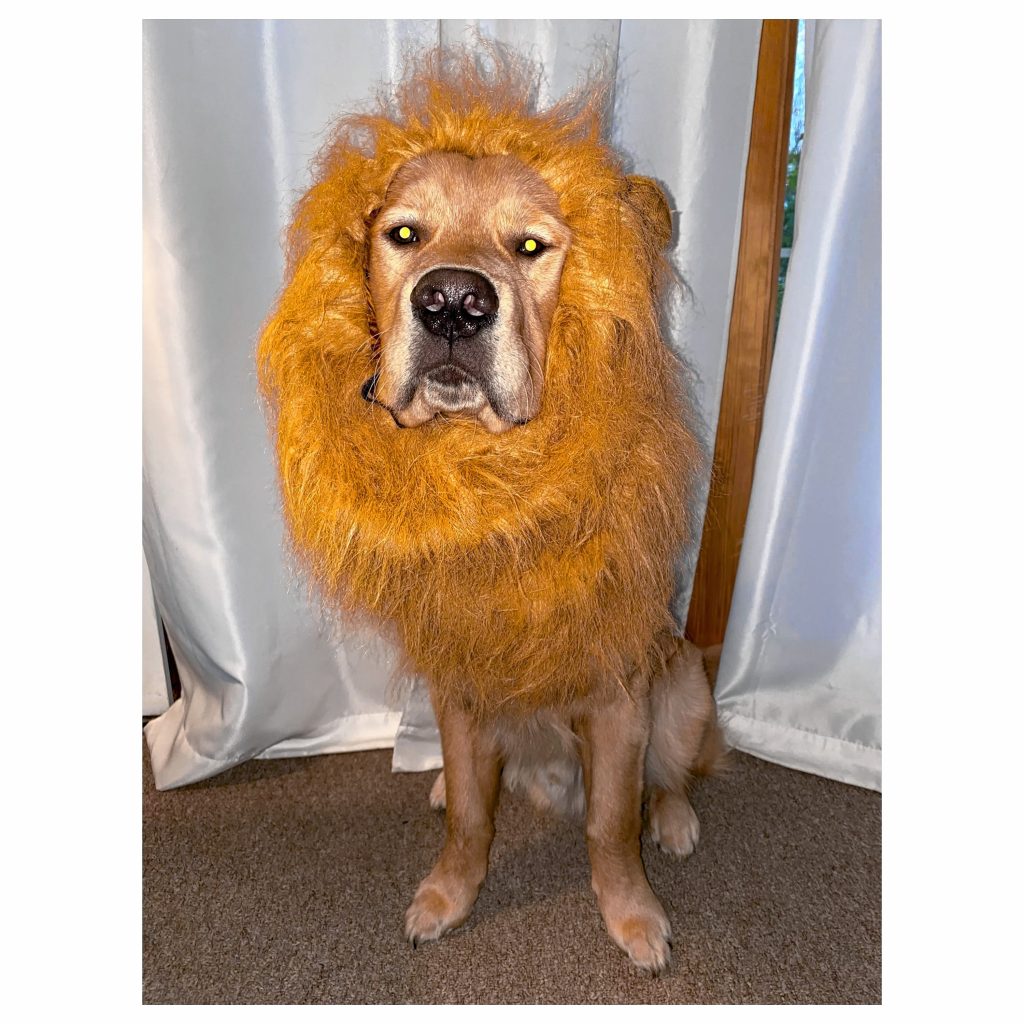 Luke the Lion: This lion can hardly be tamed. 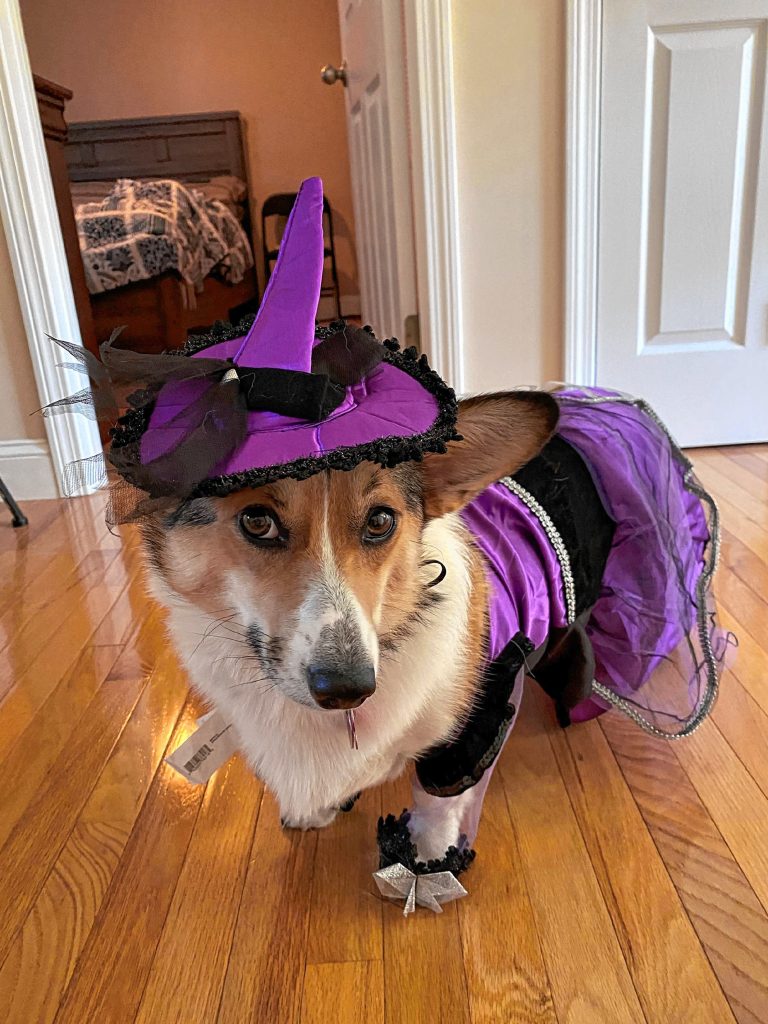 Let the Witching Begin: The face of being annoyed or just projecting with the costume? 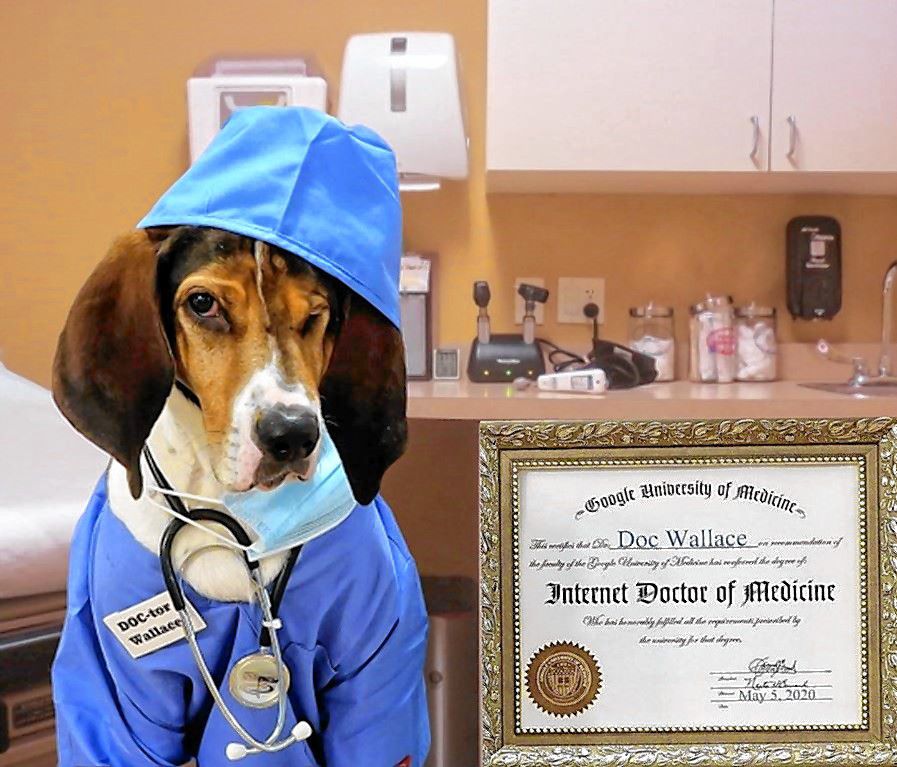 Doc the Blind Coonhound: The Doctor is in! Doc is a blind, 5-year-old Treeing Walker Coonhound who was rescued by Survivor Tails Animal Rescue as a puppy. He loves to pose for photos in any get-up as long as yummy treats are involved! 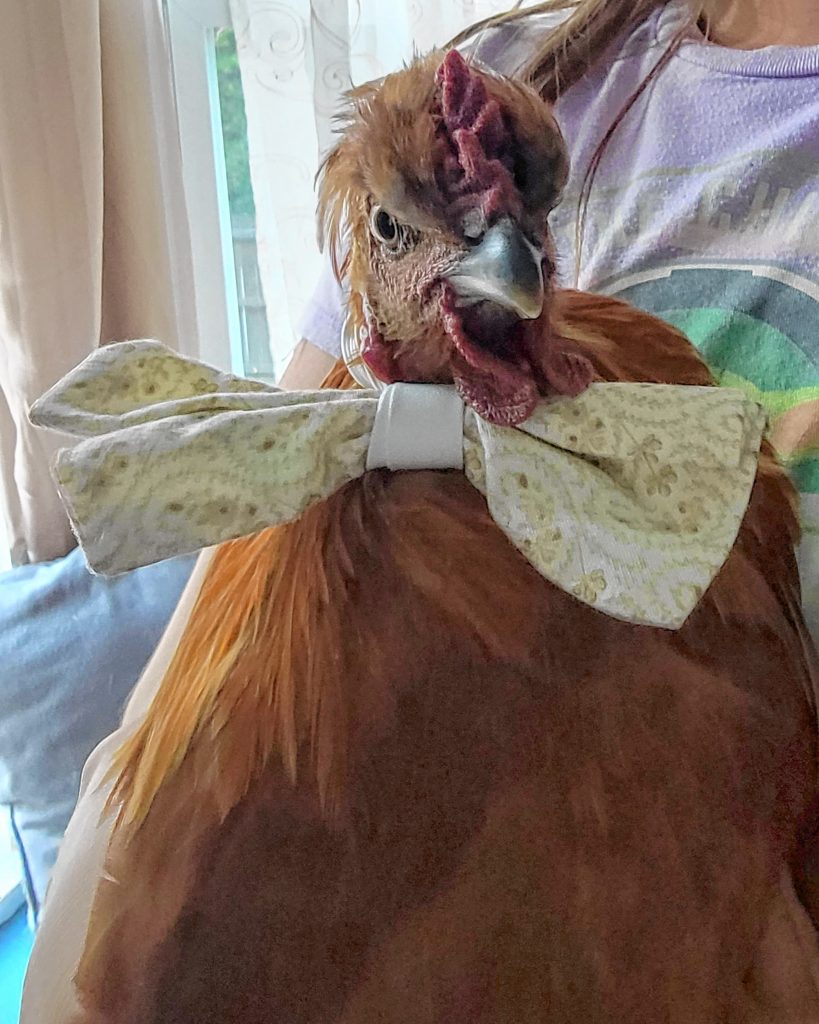 Unimpressed Floyd the Chicken: Our handsome guy isn't as grumpy as he looks. 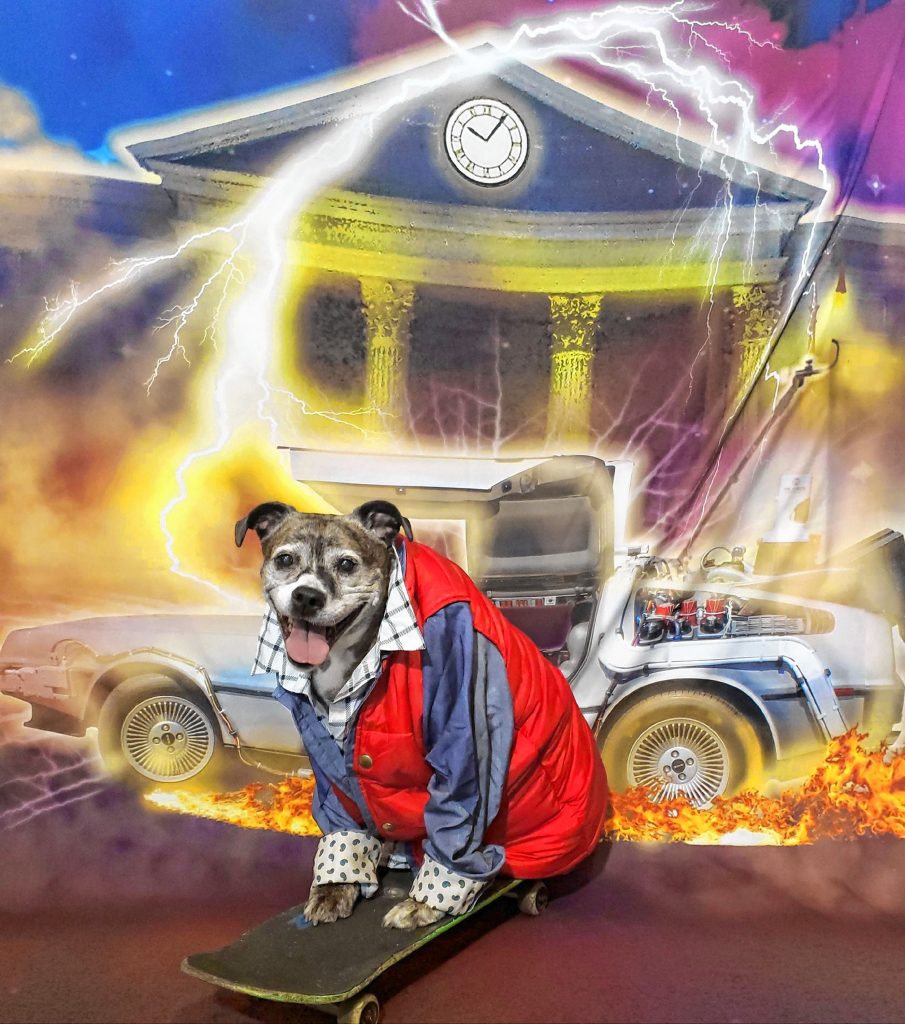 Bark to the Future: Sprocket is an 11-year-old female pit mix dressed as Marty McFly. 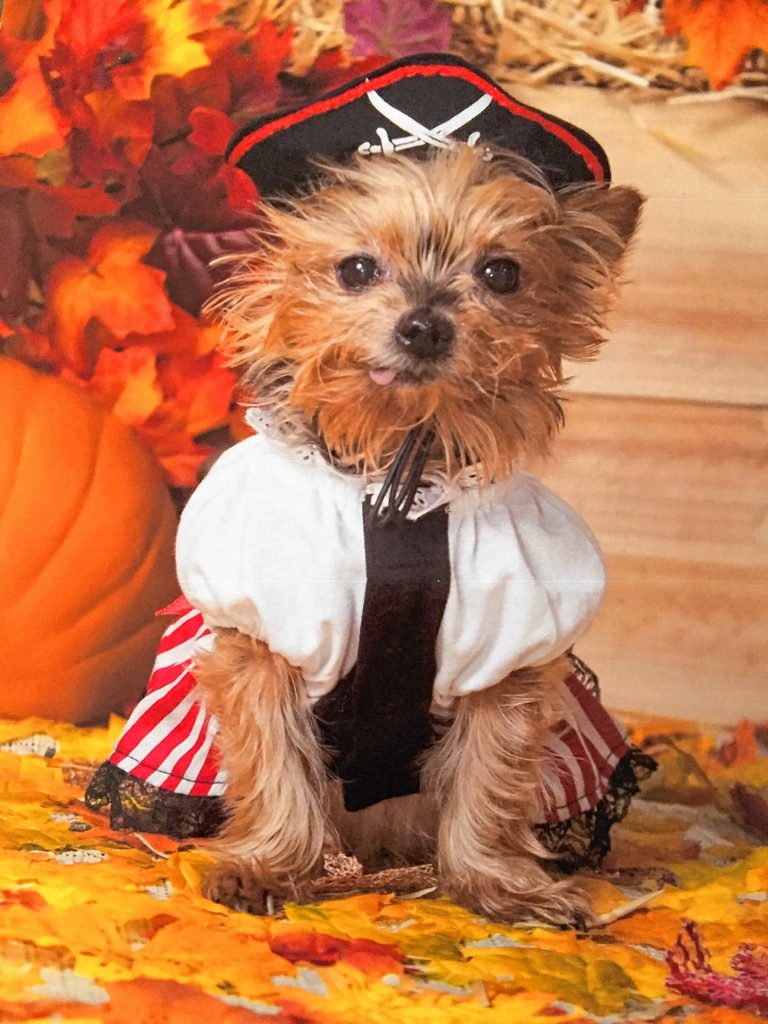 Stella: Even at almost 13 years old and toothless, this 3.5-pound Yorkie can still melt hearts. 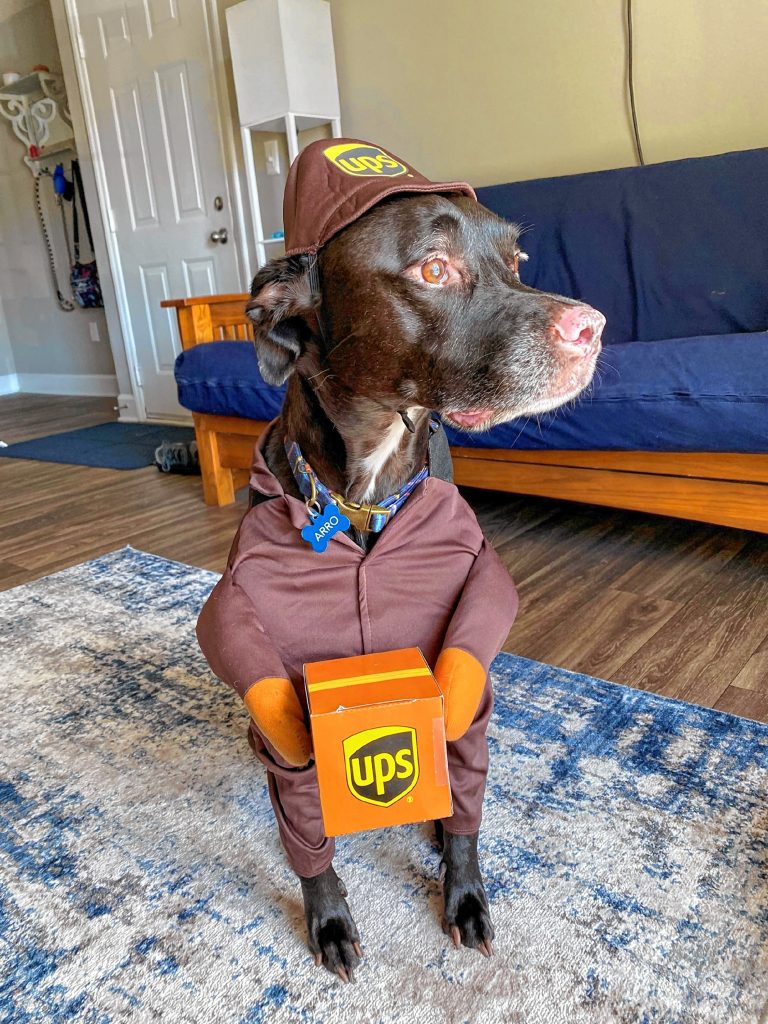 UPS Man: Arro decided to dress up like one of his favorite people this year. A UPS man, or his dad.

The Concord Monitor’s launched its inaugural Halloween Pet Costume Contest this year. We were happy to do this with For the Love of Pets Everywhere. In addition to sponsoring the contest, they provided the winner with a $100 gift card. The winner was chosen by a random drawing, we simply asked everyone who wanted to win to submit a picture of their pet in the Halloween spirit. We are pleased to announce that Louie Under the Sea is this year’s winner out of 73 entries. Here are a few of the submissions; you can find the rest at concordmonitor.com/contests.