Book: Come Fly the World: The Jet-Age Story of the Women of Pan Am

Home » Articles » Book: Come Fly the World: The Jet-Age Story of the Women of Pan Am 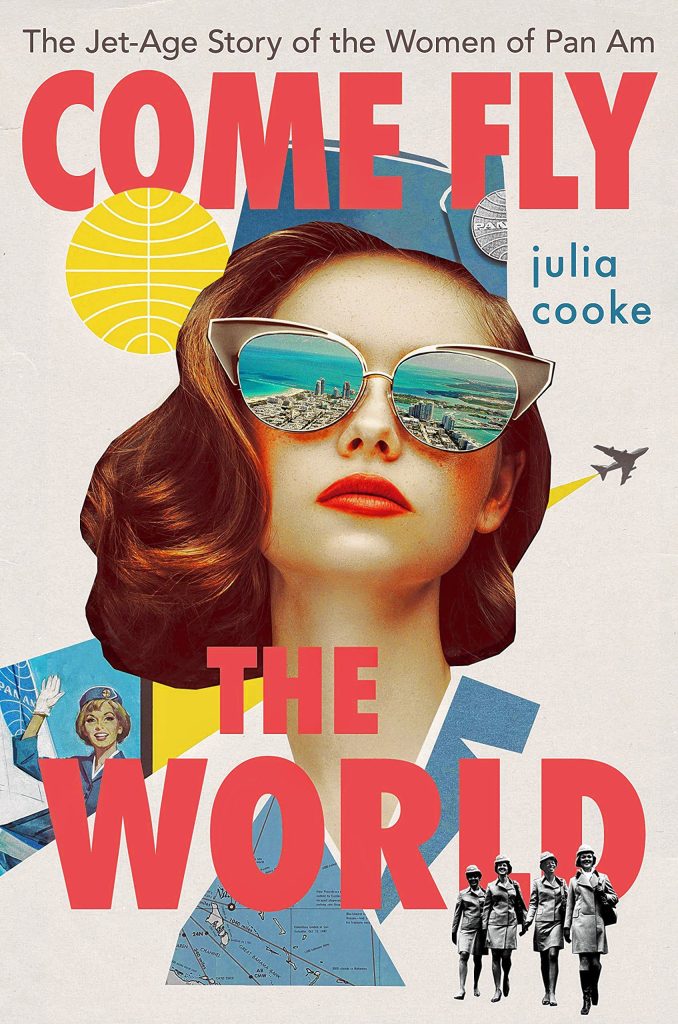 Come Fly the World: The Jet-Age Story of the Women of Pan Am

Come Fly the World is a new book about what it was like to work as a stewardess (the bygone term for “flight attendant”) for Pan American Airways in the 1950s, ‘60s, and ‘70s. In ways that feel reminiscent of the TV show Mad Men, this story is at once thought-provoking, aspirational, infuriating, and immensely entertaining. Author Julia Cooke (whose father worked for Pan Am) based her nonfiction narrative on interviews with several veteran Pan Am stewardesses.

Reading this volume, it’s impossible not to be swept up in the heady, stylish modernism of the mid-century Jet Age, which opened the globe to (mostly white, male, upper-class) travelers in ways that had never before been possible. Pan Am, a pioneer of 20th century commercial aviation, relished a reputation for sophistication and luxury – and, in a way, the airline’s stewardesses were an extension of that prestige. Only the most outstanding candidates made the cut. Pan Am stewardesses were smart, cosmopolitan, and cool in an emergency. A full 10% of them held graduate degrees (a rarity for women, at the time), and they were required to be bilingual. In an era when most women were expected to become young wives and mothers, Pan Am stewardesses quite literally held the passport to a different lifestyle, traveling the globe (without a chaperone, no less!) and basking in all of the cultural, culinary, and sexual freedom that their mobility entailed.

At the same time, it’s jarring to learn that these strong, professional women – who could address a traveling diplomat in multiple languages and were trained to talk down a hijacker – were often treated more like Stewardess Barbies than meaningful members of the flight crew. Pan Am stewardesses had strict height and weight requirements and were subjected to regular weigh-ins to keep their waistlines in check. They weren’t allowed to wear pants, and a supervisor’s approval was required to change their hairstyle. The stewardesses lost their jobs if they married or became pregnant (leading to many a secret spouse back at home) and were required to retire by age 32, regardless of marital status.

The book does tell the story of how these women were able to lobby for, and gain, more equitable working conditions–but be prepared to get angry before the victory comes.

Yet one final aspect of this book, which was completely new to me, was learning about how muddy the waters were between Pan Am and the U.S. government, particularly during the Vietnam War. Not only did Pan Am fly soldiers into and out of Vietnam for their tours of duty; the airline also had an exclusive contract with the Department of Defense to ferry active-duty soldiers to various Asian cities for several days of R&R (rest and recuperation) at a steep discount to the feds. Talk about “seeing the world”: I doubt these women expected to be flying into and out of active combat zones when they signed up to be commercial stewardesses!

Check out this book if you like learning about history, women’s issues, or even the aviation industry. I guarantee you’ll learn something: not least of which is that Pan Am’s amazing stewardesses were far, far more than pretty faces in pillbox hats. Come Fly the World is available at the library in print and as a Libby audiobook.