Book: Chambers Dictionary of the Unexplained 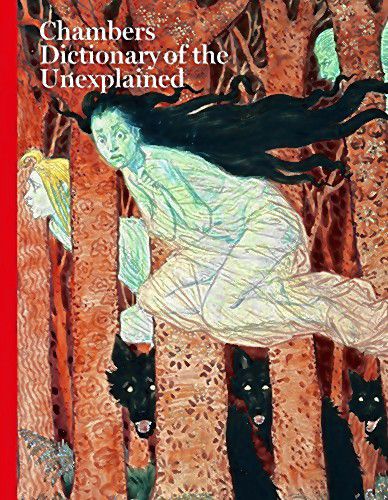 Chambers Dictionary of the Unexplained

How unusual. How preposterous. How scandalous. Can it be true?

Maybe fiction isn’t so made up. This book reports thousands of weird occurrences and paranormal phenomena. Everything from aliens to superstition and folklore to people reportedly having powers. There’s bound to be something that piques your curiosity.

I intended to just skim this big book, but found myself reading page after page, case after case. Gasping in awe and saying to anyone who would listen, “Did you know?” Like the Siberian Hell Hole, where an expedition drilled so deep into the earth they reached a cavernous area thought to be hell itself. Or that the prophetess Mother Shipton’s predictions were mostly created by Charles Hindley after those things had already happened. And even that the infamous number 666 might actually be 616. There are lots of cases of hauntings reported in this book that will make your hair stand on end. It also covers things like the Heaven’s Gate suicide cult and when the Pokemon cartoon was causing seizures.

So if you’re a lover of unusual facts or believe there’s more to this world than what we see, you’ll definitely want to check this book out. It’s the perfect book for anyone looking for a comprehensive collection to all things weird and unexplained.