Passing on history through stories and fruit

Home » Articles » Passing on history through stories and fruit 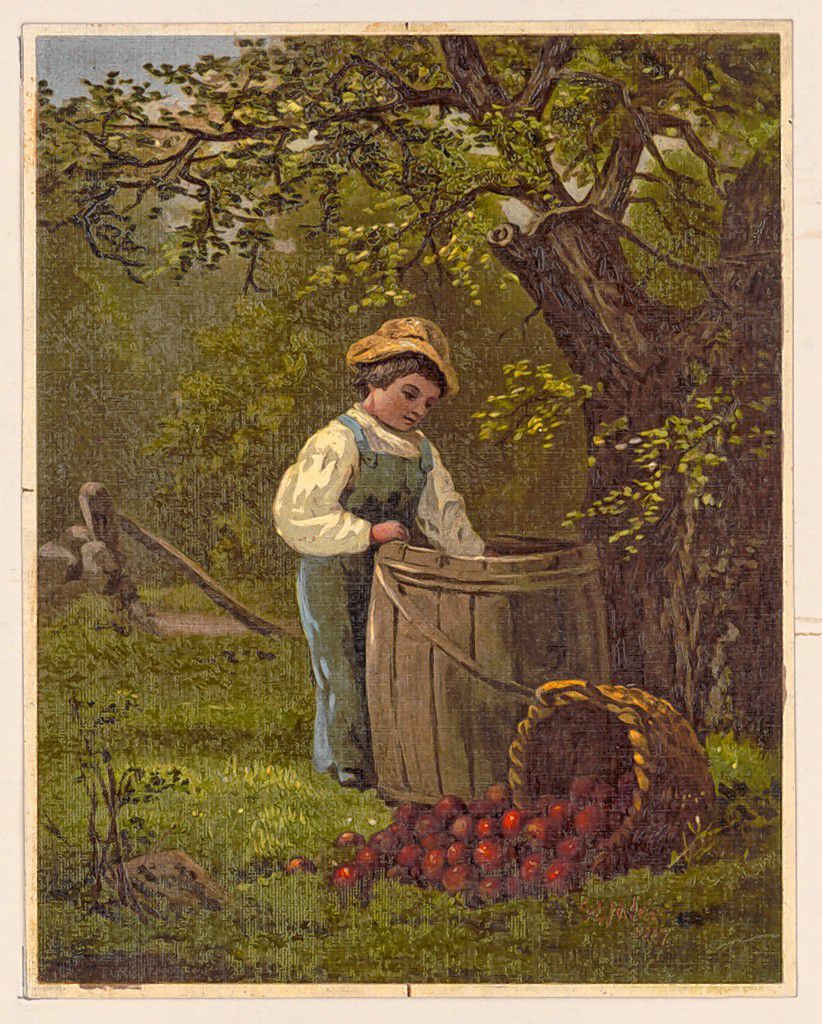 There was once a young boy living in our little town, a boy from another generation many years ago. He possessed much energy and engaged each and every adult in conversation, begging for a story from the past. This young boy encountered a very old man. In fact, the old gent was more than ten times the age of the young boy. The boy loved to chat and hear stories, the old man loved to tell stories about the days gone by. A friendship was born.

There was an old apple tree in the old man’s yard, an heirloom variety that had been growing for many, many years. It was planted by the old man when he was a young boy, just like his new friend. The old man, much like the young boy, received a sapling from an old man he had befriended when he was young too.

When school would let out for the summer each year the young boy would spend long days with the old man, listening and talking and unknowingly becoming a summer history student as he listened and listened for many hours. The young boy watched another summer pass as the old man told stories about his very own father and talked of the days he spent as a youth in this very same town. The boy was fascinated, especially by the fact that he did the very same things in the very same places that the old man did so many years before. He swam in the same places, walked the same trails, picked the same blueberries and apples too. He enjoyed strawberry shortcake in June and felt the warmth of the summer sun as he sat on the shore of the same little pond in the park watching the ducks and turtles summering.

As the years progressed and the old man got older, the little boy aged, too. It was one of the last summers they spent together when the old man suggested they take a cut from the old apple tree in his yard, he showed the boy how to do it with his sharp pocketknife. They placed the sprig of a heritage apple tree into a glass quart container full of cold water and left it basking in the sun. The container spent the summer months hatching a small sapling ready for planting. The old man gave the little heritage apple sapling to the boy and told him to plant it in his very own backyard, just as the old man had done so many years before when he was young. The boy took this advice from the old man very seriously and he did indeed plant his little sapling near the back door of his very own home.

Sadly, all good things must end, the summers of our youth become the memories of our very own falls. Good memories are meant to last and certainly take on a life of their own sometimes.

As you might have surmised, I am the little boy in this story. The old man was one of my best friends during early childhood, he lived right next door. I still see him each summer in my mind, walking down the road, cane in hand, gold-rimmed glasses sparkling in the summer sunshine. Just what a “grandpa” should be: caring, loving and willing to share a good story with a young lad.

As the years progressed, the old man passed away. The bench where he sat in the summer sun at the park was as empty as the long-ago feelings I held within my heart. I eventually grew up, married and raised my own children. Now I have grandchildren myself, young children that look to me as their very own grandpa.

The old apple tree that I planted in the summer of 1966 is still doing very well. I stop to pick some apples each fall. The fruit from this tree never tasted sweeter and the memories flood back with each and every bite. I am looking forward to the day I cut a small branch from my apple tree, place it in a glass quart container of cold water and let it grow into a sapling. My family is growing, and I will have many saplings to plant in the coming years as well as a story or two to share about an old man and his apple tree.