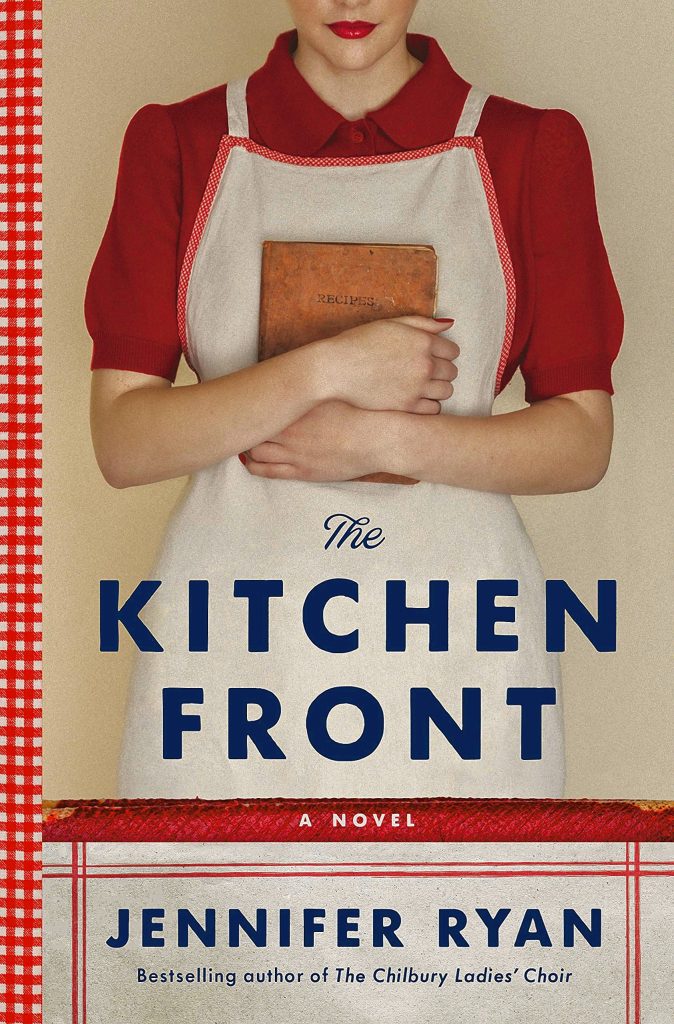 The year is 1942 in England and the country is reeling from Germany’s attacks. The Blitz is going on in London, and people there and in the countryside are constantly on the lookout for enemy bombers. Losses of men – husbands, fathers, brothers and sons – are terrible, and hardships mount. Many foods are rationed. Some examples: each person is limited to four ounces of bacon, two pounds of mincemeat (like hamburger), four tablespoons of butter, 1 egg and a two-inch cube of cheese per week. If they could find them. People start growing extensive gardens, raising livestock, and foraging in the woods in order to find enough to eat.

To help raise morale, the BBC is sponsoring a wartime cooking competition. Each cook will provide a starter (appetizer), main course and dessert in the three rounds of the competition. Four women are chosen to compete: Mrs. Audrey Landon, a widow with three sons who cooks to support her family, Miss Nell Brown, a timid young cook from Fenley Hall, Lady Gwendoline Strickland, the wealthy sister of Audrey who needs to prove herself to her demanding husband, and single-minded Miss Zelda Dupont, once a chef in a London hotel, who is now working in a country pie factory. Each cook must stay within the strict rationing rules, but must also make a stunning and delicious dish that a housewife could replicate. The winner will become the first female co-host on the BBC radio program, The Kitchen Front.

Each cook has a compelling reason to win the competition. The story follows the lives of each woman as they come up with their creative dishes. Each one is struggling, and they see this contest as the answer to their troubles. This is a charming story about friendships, determination and food. Unusual recipes are included.

The author Jennifer Ryan did extensive research for this book, some of it in the UK’s National Archives in London, and in the BBC’s archives. There really was a BBC cooking show named The Kitchen Front. Wartime rationing began in England in 1940 and continued until 1954, which was nine years after the war had ended! Ryan’s grandmother Eileen Beckley told her many stories about the food rationing and gave Ryan the recipes for her wartime dishes.

If you liked Jennifer Ryan’s book The Chilbury Ladies’ Choir and The Spies of Shilling Lane, I think that you’ll really enjoy this book.