Book: Inspector of the Dead 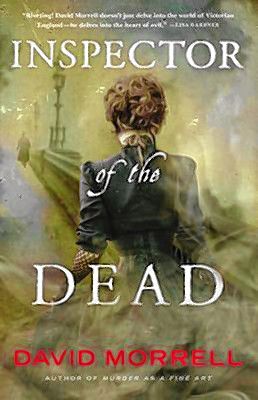 Inspector of the Dead

I’ve been on a Victorian murder-mystery kick lately, and this book was a great selection to continue fulfilling those literary cravings. Inspector of the Dead is the second installment in David Morrell’s Thomas De Quincey Mystery series, but I found it to be a perfectly suitable stand-alone read, even without having read Book 1, Murder as a Fine Art.

The plot of this novel is quite exciting, taking place against the backdrop of England’s conflict with Russia in the Crimean War. Upper-class citizens of London begin falling victim to grisly murders, executed so stealthily as to prevent any eyewitnesses, even in crowded public locations. Detectives Ryan and Becker, of a young Scotland Yard, enlist the help of real-life English essayist Thomas De Quincey and his daughter, Emily, to apprehend the culprits. (The relationship between the detectives and the De Quinceys was established in Book 1.) Clues left with the victims’ bodies point toward a conspiracy – and possibly even a plot to assassinate Queen Victoria herself. Will our ragtag team of investigators be able to solve the mystery in time to save Her Majesty?!

Inspector of the Dead is a delight to read. It includes all of the hallmarks that I’d expect for a mystery set in 1855 London: misty gas-lit streets; a gritty urban underbelly (complete with debtors’ prison and hardscrabble urchins); a preternaturally insightful amateur detective; cholera, epidemics, and the emergence of germ theory; opium; war; chivalry; class conflict … Morrell executes these tropes wonderfully. His settings and characters are fully realized and believable – a credit to his extensive research in writing this series. I was blown away when I read the book’s “Afterward,” in which Morrell describes his research process. Almost every aspect of this story plausibly could have happened in reality, based on evidence from historical records. (For example, when the real-life physician John Snow appears in this story, it’s because he actually was in London in the late winter of 1855.) Even the police commissioner’s address is historically accurate, and the overall plot of this novel is based on actual attempts to assassinate Queen Victoria. With this story, Morrell proves that one must not sacrifice historical accuracy for entertainment value, and that the reality of Victorian England was plenty thrilling without much embellishment.

This story will appeal to readers, like me, who appreciate the escapism of historical fiction, love a good thriller, and are not bothered by bloody crime scenes.