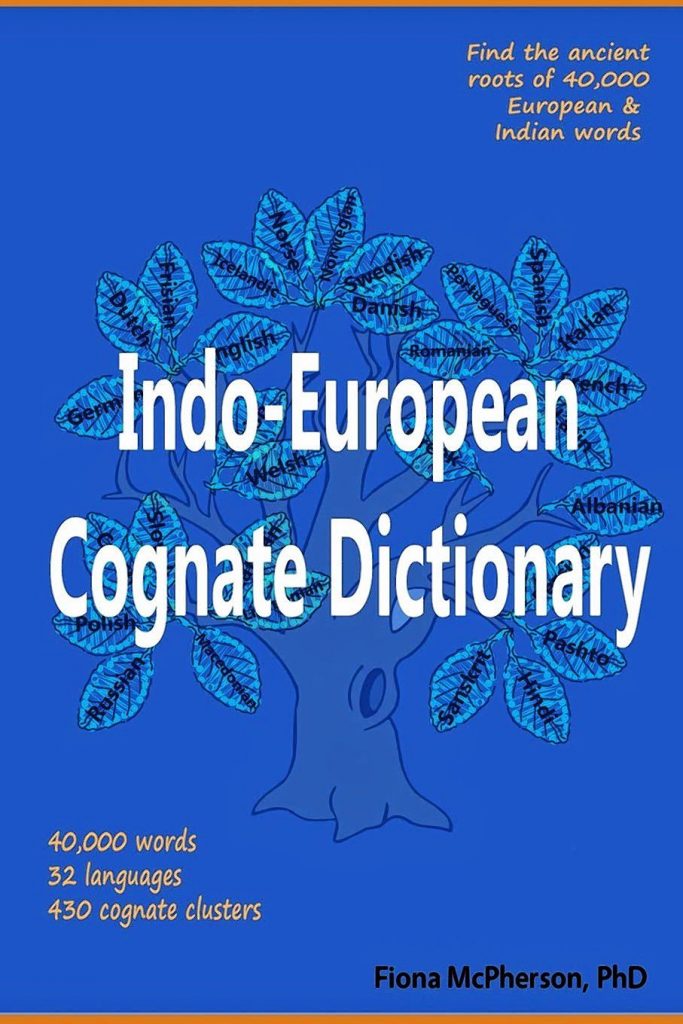 Forget harrowing tales of sold-out yeast and sourdough starter gone awry—give your Quarantine Skill staying power for the (eventual) party small-talk: read (or just flip through) this cognate dictionary. It is brimming with fun facts ready for you to whip out and amaze party goers.

What do you call a male sibling, in English? “Brother.” And in German? “Bruder.” What about in Swedish, Irish, Czech, Latin, or Sanskrit? “Broder,” “bráithair,” “bratr,” “frater,” and “bhrātā,” respectively. From India to Iceland (and now much of the world), languages in the Indo-European family share a common ancestral language, spoken some millennia ago but still very much present in the linguistic lineage passed down to the daughter languages of today.

The word “queen” comes from this ancient (lost) language, where it’s original meaning meant “woman.” So really, all women are royalty! [“*gwēn,” the root of “queen,” and its Greek offshoots give us words such as “gynecology,” “androgynous,” and “misogynist.”]

Not-so-altered Ego: The English “I” is strikingly similar to most Germanic equivalents—as it is to most language families of Indo-European descent. Whether Spanish, ancient Greek, Polish, Sanskrit, and at least 23 other languages, the verbalization of the self has barely altered since its root word, “*egH2” (this is where we get words such as “ego” and “egotistical”).

Whether you’re looking to find similarities in the languages you’re learning/ speaking or simply want to serve up a slice of language dessert at the eventual social gathering, this is a fun book!