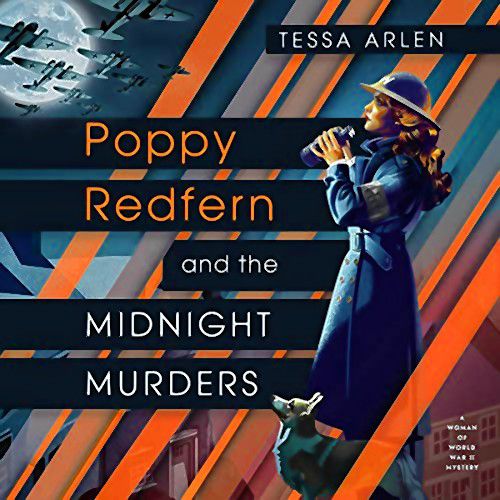 Poppy Redfern and the Midnight Murders

Poppy Redfern trains to be an ARP (Air Raid Precautions) Warden in war-torn East London during the Blitz. She returns to her small village of Little Buffenden to be a ARP Warden there. She patrols the village to make sure that everyone is keeping to the blackout, keeping their lights hidden. If the lights are hidden it is much harder for the German bombers to see the village and drop their bombs. Little Buffenden is a remote village and there doesn’t seem to be much chance that there will be an air raid. But a new airfield is built – and they are invaded – by friendly Americans! At first most of the villagers are overjoyed that the Americans have come to help them win the war. But then two young girls from the village are killed, and the Americans come under suspicion for the murders. Poppy has become friendly with an American pilot named Griff, and they decide that they are going discover the murderer. Poppy keeps going on her nightly patrols with her loyal companion, her corgi Bess, and questions the villagers during the day. The people in the village become more mistrustful of the Americans as the weeks pass. And at the exciting ending, Poppy must use all of her wits and strength to find the culprit, and not become another one of the victims!

A great start to a series, and a lively historical mystery filled with charming characters, especially the brave Poppy and irresistible Bess!