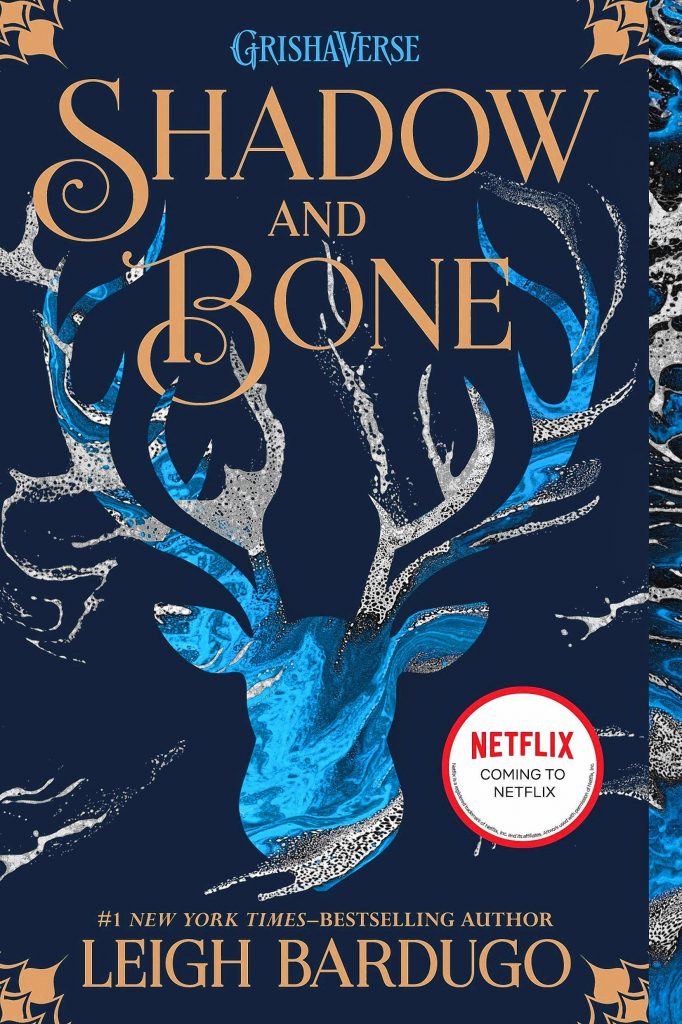 Sent to cross the Shadow Fold, Alina and her regiment are attacked by the monster predators therein. A strange light emanates from Alina, momentarily warding off the mutants and allowing a hasty retreat back to safety, but Alina’s life as a mediocre map-maker will never be the same. Her newly awakened magic may be just what her country needs to free itself from the darkness of the Fold and attacks from neighboring lands. But as Alina navigates the politics of court while she trains her untamed magic, a menacing darkness bides time until it can bend Alina’s powers to its own purposes. To keep her land from destruction, Alina will have to grapple not only with the greatest powers of the era, but also with the power of the heart.

Delightful. Utterly delightful. Once begun, this book is difficult to put down! It captures the imagination with its strong, relatable characters; trust, loyalty, and betrayal; wisps of budding romance; court intrigue; and good versus evil. With Netflix releasing its Shadow and Bone adaptation in April, now is the time to check out this book before it becomes serialized. (And the adaptation will include Bardugo’s Six of Crows duology, reviewed on Jan. 14. Read them all and be an expert when the series airs!)