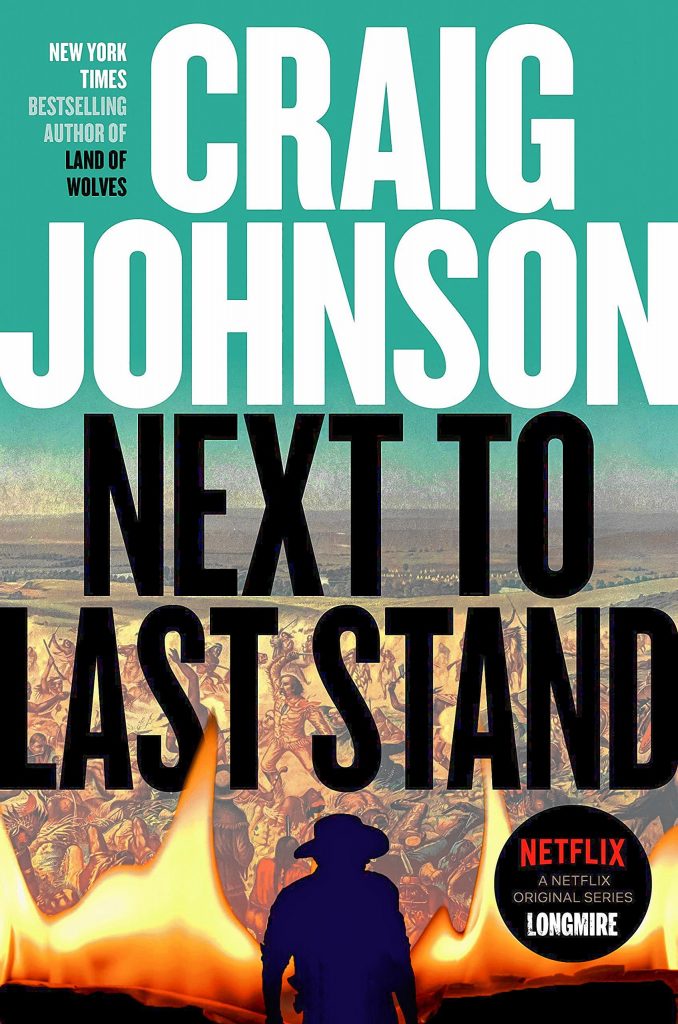 Next to Last Stand

Custer’s Last Fight is a famous painting that was reproduced by Anheuser-Busch and has been viewed by thousands in saloons and barrooms across the country. At one point prints were distributed at a rate of over two million copies a year.

The original painting was destroyed in a fire at Fort Bliss, Texas in 1946. But maybe it wasn’t? Maybe someone saved it before the fire.

Walt Longmire is called to the Wyoming Home for Soldiers & Sailors. A friend of his, Charley Lee Stillwater, has died of a heart attack and Walt is to pick up his personal belongings. But Walt finds a boot box full of a million dollars and part of painting in Charley’s room.

The painting might be connected to the famous Custer’s Last Fight one. Charley had been researching this painting, and his friends talk of mysterious Russians who were visiting Charlie. Walt is intrigued about the art, and not convinced that Charlie’s death was natural one. Walt takes the small painting to a museum to get it tested, but it is stolen while an art auction is taking place.

Walt is now committed to solving an art heist and maybe his friend’s murder. This is a little different from the usual Walt Longmire stories and includes lots of information about art. It still has all the usual wonderful characters, and I especially liked the veterans from the Wyoming Home for Soldiers & Sailors. Luckily for Walt, they prove that they still won’t back down from a fight!