This week in Concord history 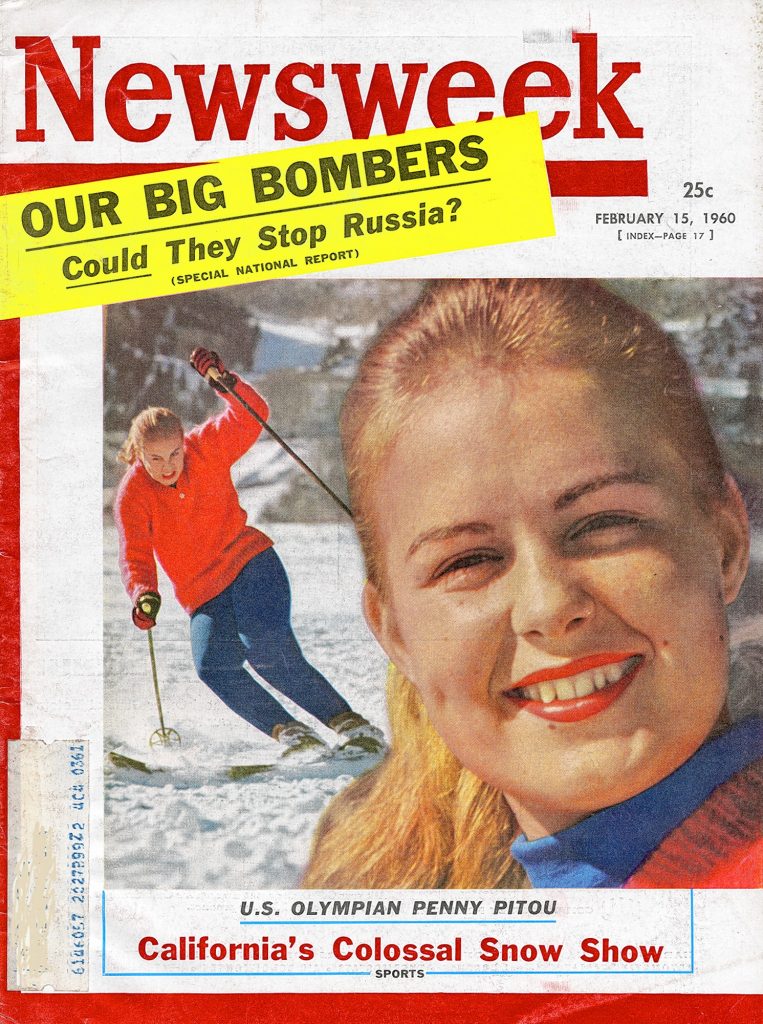 Oct. 8, 1938: Penny Pitou of Gilford is born. She will win two silver medals in skiing in the 1960 Olympics. She will also participate in the 1956 Olympics and be elected to the National Ski Hall of Fame.

Oct. 8, 1856: A show called Price’s Ethiopian Minstrels opens at Concord’s Phenix Hall. The show, according to an ad in Concord’s Patriot, is “affectionately portraying the lights & shadows of a darky’s life.”

Oct. 8, 1916: John King is born in Manchester. King will make history by serving in all three branches of state government: as a state representative (1957-63), governor and chief justice of the Supreme Court. As governor, he will institute the nation’s first modern state-run lottery.

Oct. 9, 2001: Red River Theatres, a nonprofit organization set on bringing movies back to Concord’s downtown, receives $15,000 from the city council to conduct a feasibility study on whether a downtown movie theater would succeed. The group plans to buy the former Concord Theater building on South Main Street and restore it.

Oct. 9, 1782: Lewis Cass is born in Exeter. He will be educated at Phillips Academy, make his name synonymous with Michigan, serving as governor and U.S. senator, and join Andrew Jackson’s Cabinet as secretary of war. Cass will also author the concept of popular sovereignty, under which new states may choose for themselves whether to enter the Union as slave or free. The idea will hasten the coming of the Civil War.

Oct. 9, 1992: In the first Gile concert of the season, Wynton Marsalis and the Lincoln Center Jazz Orchestra play to a full house at the Concord City Auditorium.

Oct. 9, 1987: Nackey Loeb sums up her feelings about Vice President George Bush’s presidential chances in a Union Leader editorial: “George Bush is not a leader now, just as he was not in the 1980 campaign.’

Oct. 10, 2003: A deal is completed between the state and a timber company that protects 171,000 acres from development around three of the Connecticut River’s four headwater lakes. The land is considered the backbone of northern New Hampshire’s economy due to the timber industry and the tourism it attracts for snowmobiling, fishing, canoeing, hunting, hiking and bird-watching.

Oct. 10, 1973: Speaking at a dinner meeting of the new Hampshire Petroleum council, Gov. Mel Thomson expresses his desire to bring more oil to the state, saying that we must “drill in the mountains and drill in the valleys.”

Oct. 10, 1982: Sen. Bob Dole, anticipating a run for president in 1988, appears at a fund-raiser for John Sununu, the Republican candidate for governor.

Oct. 10, 1774: Reacting to the Intolerable Acts and Britain’s closing of Boston Harbor, a special town meeting in Portsmouth votes to send 200 pounds to Boston for poor relief. The amount is four times Portsmouth’s annual province tax. Other New Hampshire towns, including Concord, will soon follow Portsmouth’s example and send money to Boston.

Oct. 11, 1983: The Concord Library’s collection of 500 stuffed birds and mammals is loaded into a U-Haul and trucked to the new Science Center of New Hampshire in Holderness for display. Just as well. The library used to lend the animals to Concord residents, whose household pets chewed their wings and took swipes at their feathers. Estimated cost to restore them: $5,000-$10,000.

Oct. 11, 1872: Harlan Fiske Stone is born in Chesterfield. He will become chief justice of the U.S. Supreme Court.

Oct. 12, 2002: It used to be that Concord has an affordable housing shortage, the Monitor reports. Today, it simply has a housing shortage – one that’s hitting every income sector, from minimum wage workers to wealthy executives.

Oct. 13, 2000: Concord developer Steve Duprey announces the new conference center at Horseshoe Pond will be named for the Grappone family, who “stood out among all our wonderful donors.” The Grappones donated more than $700,000 to the project.

Oct. 13, 1863: In a letter, New Hampshireman Benjamin Brown French, whose job as commissioner of public works includes handling matters for the First Family, complains to a relative of his difficulties with Mary Todd Lincoln. “The Republican Queen,” he writes, “plagues me half to death with wants with which it is impossible to comply.”

Oct. 14, 2000: It’s not often campaigns for Executive Council attract national attention, but Peter Spaulding’s re-election bid will get a boost from former presidential candidate John McCain, the Monitor reports. Spaulding, of Hopkinton, was McCain’s state chairman during the primary campaign; now McCain will be traveling to Bow to hold a fund-raiser for Spaulding.

Oct. 14, 1846: A Northfield girl, Susan Maria Hills, is killed when her clothes catch fire from an open fireplace.

Oct. 15, 1851: Philip C. Hunt is caught in a belt and carried around the shafting of a Penacook mill, mangling one leg and one arm badly, from which he never fully recovers. He lives until 1858.