Book of the Week: An important collection on racism

Home » Articles » Book of the Week: An important collection on racism 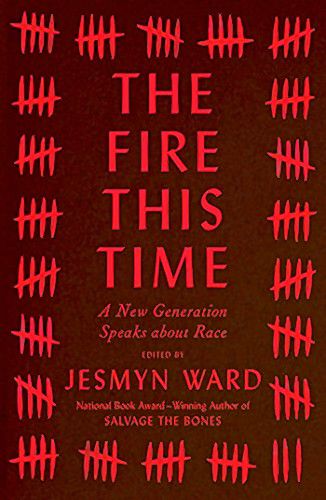 The Fire This Time: A New Generation Speaks About Race

If you choose only one text to read in The Fire This Time…, let it be “The Tradition” by Jericho Brown. The poem rightfully opens this collection of essays and poems, the anthology itself a nod to James Baldwin’s The Fire Next Time. Ownership, slavery, police brutality, death — the speaker of this poem connects these as well as classical philosophy and poetic imagery. This is a masterwork of rhythm, enjambment, and diction controlling the tone and pace to perfection. Perennials frame the piece, and readers will readily feel the enduring strength of the African American community, cut down but resilient. Poet Jericho Brown’s message is paramount and his craft masterful. (This is the titular poem for Brown’s 2020 Pulitzer Prize-winning poetry collection, available as an eBook and audiobook on Hoopla, free with your library card). I cannot recommend this poem enough.

And that’s not even up to the introduction of The Fire This Time! This is a powerful anthology. Most entries are good, and my personal highlights are:

The succinct but poignant “White Rage” by Carol Anderson, which turns conceptions of black rage on its head, instead citing and naming many of the seemingly subtle and less overtly racist legislation and political methodologies aimed at and resulting in further suppression of minority communities. For each step in African Americans acquiring greater rights and advancements, “white rage” has backlashed and found ways to undermine, dilute, and suppress these very advancements;

“Where Do We Go From Here?” by Isabel Wilkerson, which compares injustice and brutality old and new, finding our time in fact as the second Nadir, calling for continued faith and resilience;

“Black and Blue,” wherein author Garnette Cadogan vividly describes “walking while black” and the attacks upon dignity and identity almost necessitated in an attempt to avoid physical attack or arrest. Cadogan easily feels safer in the city streets of Kingston, Jamaica, as compared to American cities he’s traversed;

“Lonely in America” by Wendy Walters, much of which occurs in New England, with a focus on the mass graves unearthed in Portsmouth.

“Cracking the Code” by Jesmyn Ward, which grapples with conceptions and perceptions of identity in the face of DNA testing, particularly as one forges and re-forges one’s own identity amid cultural perceptions, cultural and familial tradition, and one’s own sense of self. What defines who we are? Who gets to define who we are?

These are voices and lived experiences we need to hear, need to acknowledge. This anthology is beautiful and moving and powerful, regardless of one’s ethnicity and background.