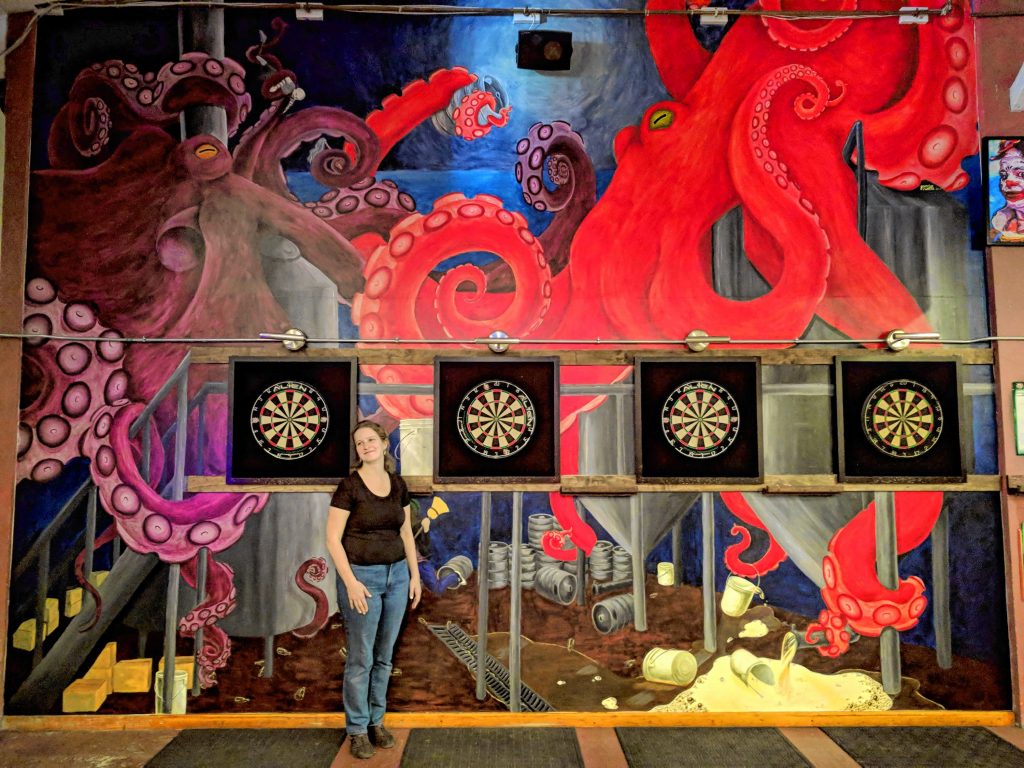 Artist Krystin Watts stands in front of her octopus mural at Area 23. The piece doesn't have a title, but we like the idea of calling it "Battle: Octopi." 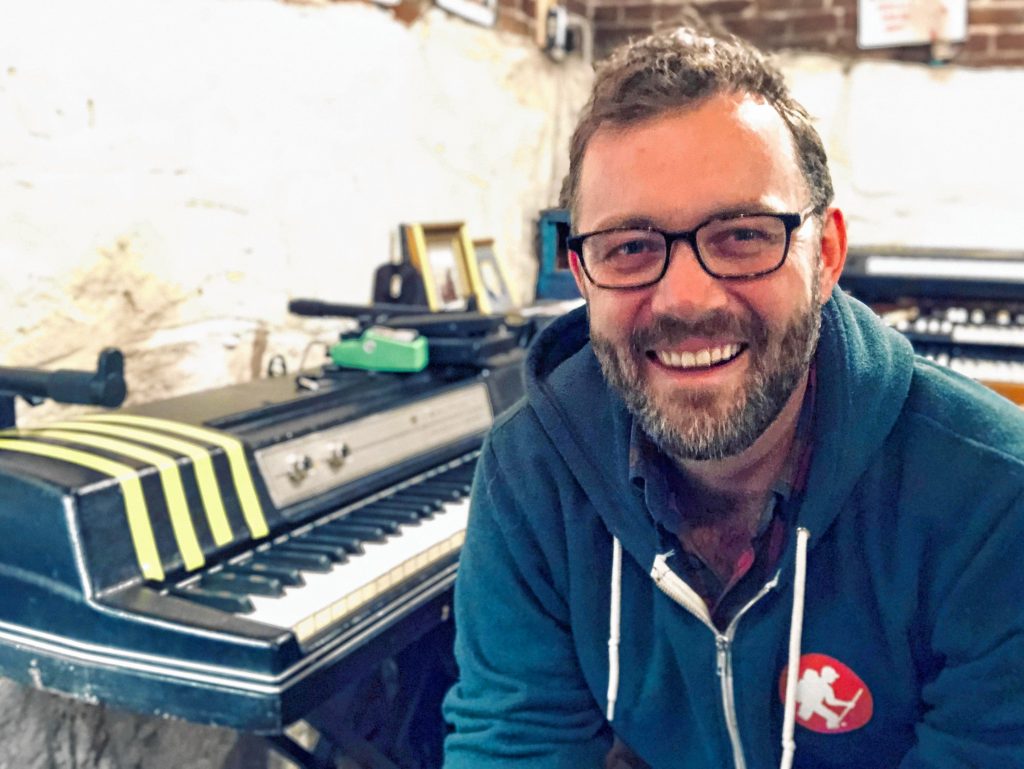 Andrew North and the Rangers plan to perform at Area 23. 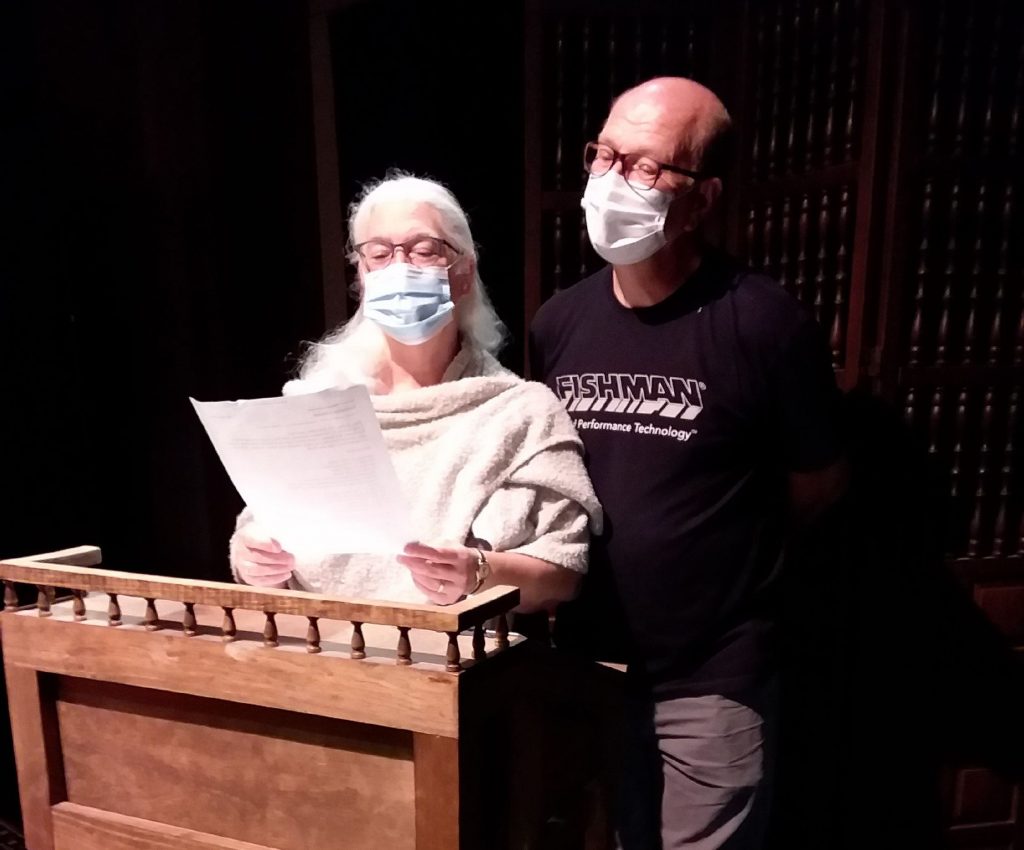 Catch a three-week run of "Love Letters" at the Hatbox Theatre.

DJ Shamblez at 4 p.m. at Lithermans Limited Brewery (with pop-up by Dos Amigos)

DJ Shamblez at 4 p.m. at Lithermans Limited Brewery (with pop-up by Dos Amigos)

“Love Letters” at Hatbox Theatre from Sept. 11 to 27. Andrew Makepeace Ladd III and Melissa Gardner, both born to wealth and position, are childhood friends whose lifelong correspondence began in second grade and continued for 50 or more years. Shows Friday and Saturday at 7:30 p.m. and Sunday at 2 p.m. Tickets $16 senior members; $19 for seniors, members, or students; $22 adults.

Juston McKinney Comedy at 8 p.m. on Sept. 12 at the Bank of N.H. Stage, 16 S. Main St., Concord. Doors open at 7:30 p.m. New Hampshire’s own Juston McKinney returns with lots of new material. He’s been using the state as his comic muse since he was humoring perps as a deputy sheriff on the New Hampshire-Maine border in the 1990s. $29+ Info: banknh stage.com

Here are some of the new films you can rent to stream at home from Red River Theatres and its partner services:

Beau Travail (NR, 1992): A court-martialed French Foreign Legion officer (Denis Lavant) recalls his tenure in a dusty, impoverished East African locale and his distain for a young recruit (Gregoire Colin) – a jealousy which disrupts a life that he loved.

Critical Thinking (NR, 2020): Underprivileged youth from painfilled fringes of society often exist in a world that doesn’t want them to succeed and, therefore, they act accordingly. But when placed at school in the competitive environment of learning to play chess from a passionate instructor (John Leguizamo), struggling students can have experiences involving patience, rational thinking, ability to plan their next move and the desire to win.

Epicentro (NR, 2020): Permit European filmmaker Hubert Sauper to afford you a theoretical cinematic essay about present-day Cuba. Sauper focuses on children, primarily two young girls who are making a film about “foreign interference, slavery and people in the street.” It’s part history lesson, with ample anti-American sentiment and some telltale wanderings through this “island paradise.”

The Hole (NR, 1998) During a mysterious viral outbreak in Taiwan (initiated by cockroaches), two strangers, tenants quarantined in a dingy high-rise, are given a bizarre opportunity to know one another via a hole – in the man’s floor, the woman’s ceiling.

Desert One (NR, 2020): In 1980, a Delta Force mission (Operation Eagle Claw) was supposed to rescue 52 hostages being held at the U.S. Embassy in Tehran—but it became a logistical nightmare and disastrous failure

Represent (NR, 2020): In Midwest America, filmmaker Hillary Bachelder follows three women (of various ages and ethnic backgrounds) on both sides of the political spectrum who seek elected office.  All confront setbacks, opposition and gender oppression as they run against a wall of entrenched males.  Determination, intelligence, confidence and a thick skin are required but those qualities don’t always promote success.

Apocalypse ‘45 (NR, 2020): 24 men, now in their 90s, offer personal remembrances about the final six months of the war fought in the Pacific – including battles of Iwo Jima, Okinawa, the firebombing of Tokyo, and the atomic bomb drops on Hiroshima and Nagasaki.

My Dog Stupid (NR, 2020): An unproductive French novelist (Yvan Attal), who wrote a great book 25 years ago, has an alcoholic wife (Charlotte Gainsbourg) and four spoiled kids (grown, but still at home) who, tired of his personal disappointments and squandered dreams, have tuned him out.  Enter a stray Neapolitan mastiff, impolite and smelly, who helps provide a solution to the writer’s distress.

Creem: America’s Only Rock ‘n’ Roll Magazine (NR, 2020): If you want to relive – or learn about – a 20 year period in rock music history, try Scott Crawford’s account of a regional publication which quickly gained national fame and notoriety.  Mingling populist and subversive ideas, as defined by publisher Larry Kramer and writers like Lester Bangs, Creem strongly challenged the slick Rolling Stone for readership.

Out Stealing Horses (NR, 2020): In 1999, a 67-year-old Norwegian widower (Stellen Skarsgard) who has just returned to his birthplace from Sweden, continues to be haunted by life-altering incidents which occurred half a century ago.  His memories are intensified upon meeting a gray-haired neighbor (Bjorn Floberg) who was a childhood acquaintance.

You Never Had It: An Evening with Bukowski (NR, 2017): In January 1981, an Italian journalist named Sylvia Bizio spent an evening talking with controversial writer Charles Bukowski – the prurient poet of Los Angeles’ lower depths (and his soon-to-be wife).  While liberally consuming wine and smoking cigarettes, Bukowski expressed rich insights with precise, provocative clarity (often quite humorously) about writing, sex and humanity.  This taped interview, long considered lost, has been digitized and augmented by new shots of LA and poems read by Bukowski.

Ai Weiwei: Yours Truly (NR, 2020): In 2014, controversial Chinese artist/activist Ai Weiwei designed a new exhibit about political prisoners located around the world – ironically while being detained by authorities in his homeland.  The exhibit, presented within the notorious Alcatraz prison (now a museum), was a huge success and may have prompted the release of dozens of people featured in it (including Ai Weiwei).

We want to know, do you have a show? Send the deets to news@theconcord insider.com.