Book of the Week: Important lessons 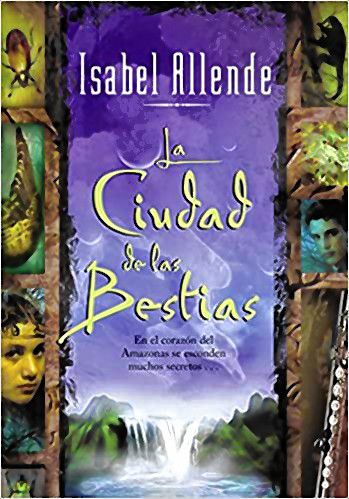 City of the Beasts

A fast-paced adventure, this is a difficult book to put down, once begun! Fifteen year old Alex Cold is sent to live with his grandmother, still an active travel writer, when his mother falls seriously ill.

His grandmother takes him on assignment to the Amazon in pursuit of an illusive “Beast,” rumored to be a violent creature in the heart of the rainforest. Others join their expedition, but motives may not be what they at first appear.

Alex befriends Nadia, the daughter of their local guide, and a shaman tells the two children that their destinies involve helping to stop a great evil.

Rationalism butts head with experiences of the spiritual, as Alex and Nadia begin encountering mystical occurrences. The two are swept into the fray of local powers resisting the threats of western infiltration and modernization, into the heart of the Amazon rainforest, into contact with an ancient civilization and with the deadly “Beast” creatures. Will the children be able to discern the insidious threats, lurking less obviously than clear cutting forests, and will they be able to stop them before ancient ways and peoples are lost?

Part Indiana Jones-esque adventure, part fantasy, and part bildungsroman, this novel is a fun and fantastical take on many contemporary topics, fun and befitting readers of all ages.