Book: A tough time gets tougher 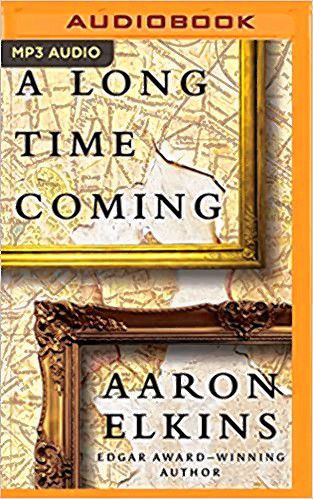 Valentino (Val) Caruso is a curator at the Metropolitan Museum of Art in New York City. He’s feeling down in the dumps. His promotion just fell through, and his marriage has just ended. His ex-wife is a divorce attorney so he didn’t fare well in the divorce; she got the house. So now he must find a new place to live, and he just turned forty.

He has a trip to Milan planned for work, and a friend asks him to look into two newly discovered Renoir sketches that were found there. The sketches were taken from Holocaust survivor Sol Bezzecca’s great-grandfather, Maurizio Bezzecca, by Italian fascists in World War II. The sketches have turned up under some old seascapes that someone bought for their frames. Maurizio knew Renoir in 1864, and one of the sketches even features Maurizio. The sketches used to hang in their apartment when Sol was a boy. Val is determined to get them back for Sol. But in a startling sequence of events, the sketches are stolen, recovered and then stolen again. Val is viciously attacked and ends up in a hospital, and a friend of his is murdered. Who is behind the attacks and thefts? Is it someone that Val knows? There’s something about the sketches that Val is trying to bring to mind, but it is elusive. Can Val discover the truth before someone else gets hurt?

Finding two unknown sketches by Renoir is an amazing discovery, an astounding event. But if Val can return them to their rightful owner? That would be dangerous. But that would also be – priceless.