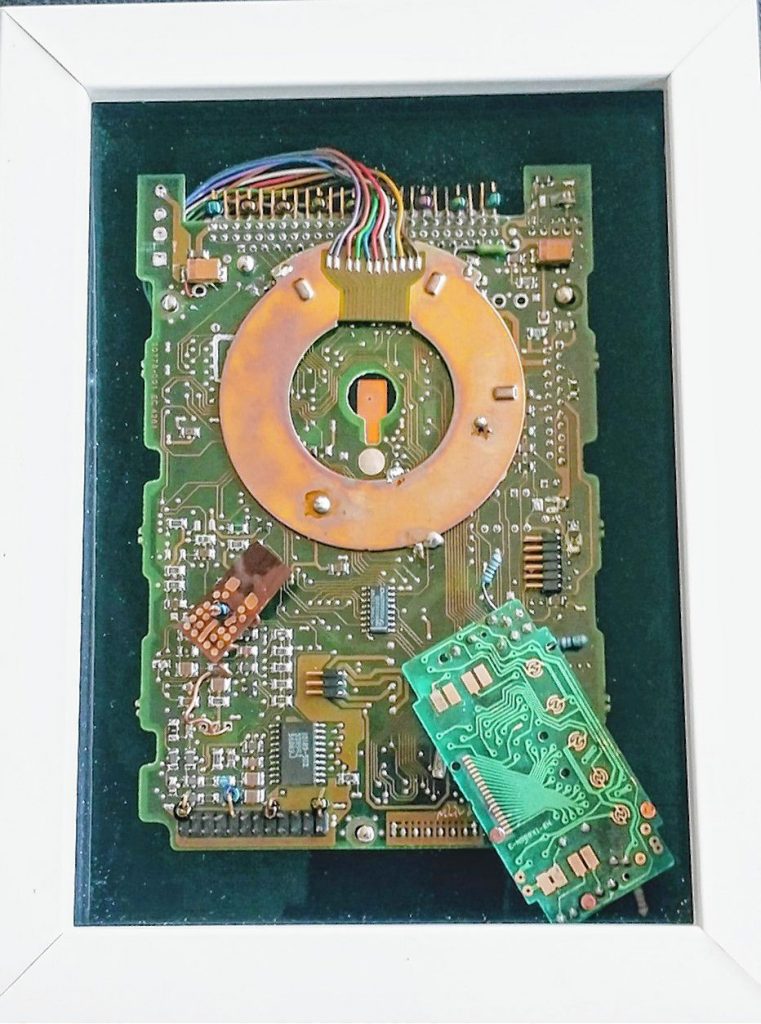 “Break Out”, an assemblage by Marylou Ashooh Lazos 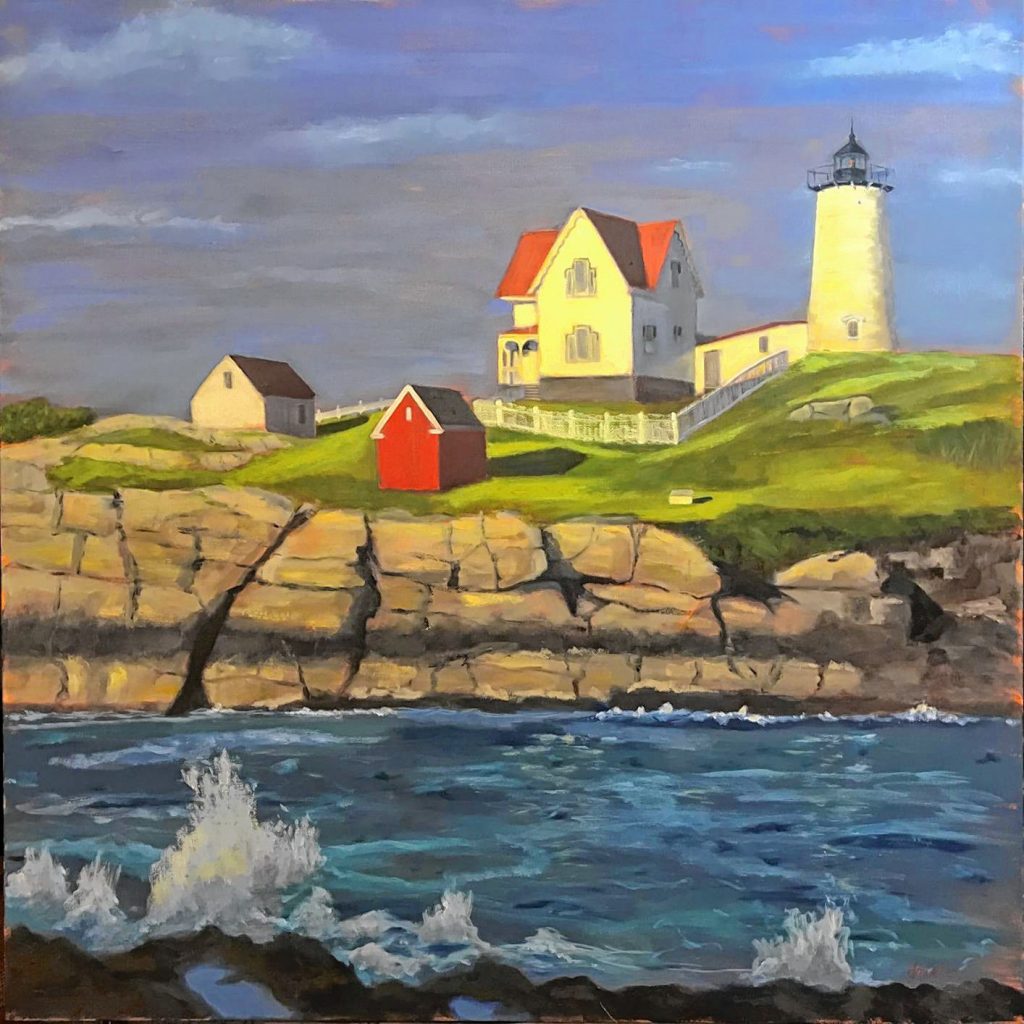 The New Hampshire Art Association will have two installations on display for the summer around Concord now through Sept. 17.

The works Marylou Ashooh Lazos of Derry will be at the Greater Concord Chamber of Commerce in an exhibit titled, “Reconsidering Trash.”

She creates assemblages using pieces of her past and found objects – or “other people’s trash.”

“As the daughter of a ‘Depression-baby,’ I find it difficult to discard anything that might have another use,” Lazos said. “As a result, broken pieces of jewelry, hardware, toys and tech bits have collected in my studio, ready for a new purpose.”

Her assemblages started with a stack of discarded circuit boards found in the trash at an old mill.

“I was drawn to how the gold and other precious metals were laid into colorful plastics with brass, copper pins and wires forming fantastic patterns with a beauty all their own,” she said. “With the help of friends and the trash heap, I’ve continued to accumulate bits of beautiful tech.”

Best known as a figure artist working primarily in colored pencil on toned paper, Lazos’ drawings evoke the feeling of old master sketches and capture the first hand observances of working directly from the model.

“I developed a passion for objects charged with stories of the past from my work as a museum curator in Manchester,” she said. “Recently, I’ve ventured into the world of assemblage art, finding inspiration from the thousands of things around us. These pieces include found objects and bits of accumulated treasures from my own past; plus, beautiful things others have discarded.”

The Greater Concord Chamber of Commerce Gallery is located at 49 S. Main St. The gallery hours are Monday through Friday from 8:30 a.m. to 5 p.m.

Two New Hampshire Art Association members – Debbie Mueller and Marianne Stillwagon – will have their artwork on display  at 2 Pillsbury St., in an exhibit titled “2020 Double Vision.”

“It’s extraordinary how two artists can look at the same scene and create vastly different paintings,” Mueller said.  “We each have our unique vision, and way of interpreting our world. Marianne and I liked the idea that the year 2020 could be morphed into the idea of 20/20 vision, and from there, the idea of double vision, as we each bring our unique viewpoint to our scenes of New England and beyond.”

Mueller said she is inspired by light, and especially, light falling on structures.

“It still provokes awe in me how the ‘color’ or an object changes so dramatically when touched by sunlight, or thrust into deep shadow,” she said.”

Mueller said that after 30 years of practicing obstetrics and gynecology, and having lived her whole life believing that she had no artistic ability whatsoever, she suddenly became an artist.

“While visiting my parents in Florida in 2016, on a rainy, boring day, my mother remembered she had some acrylic paint, and asked me if I wanted to paint with her,” she recalled.

Her initial reaction was to decline, but an hour later she had created her first painting.

“It was not a masterpiece, but I immediately recognized the feelings of joy, satisfaction, focus, and creativity that I felt while painting,” she said. “So, on my return to New Hampshire, I trekked to Michael’s and bought some paint and canvases.”

Four years later, Mueller’s life has been dramatically changed and she is now an award-winning artist.

Stillwagon, originally from South River, New Jersey, settled in New Hampshire in 1976 with her husband to raise their two sons after earning a bachelor’s degree in design.

“The picturesque villages and ever-changing seasons of New England have been the inspiration for my contemporary primitive Americana paintings while living in New Hampshire,” Stillwagon said.

All artwork is for sale by contacting the New Hampshire Art Association at 431-4230.