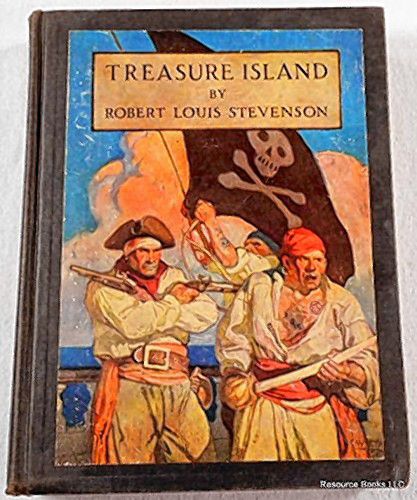 Young Jim Hawkins is helping his parents run the Admiral Benbow Inn in a coastal town in England in the mid 1700s. An “old sea dog” comes in to stay at the inn. He is a tall, strong man, tanned, with a sabre scar on his cheek. He is Captain Billy Bones. He sings an old sea-song, “Fifteen men on the dead man’s chest – Yo-ho-ho and a bottle of rum!” He tells Jim to be on the lookout for “a seafaring man with one leg.” Dangerous men are after Captain Billy Bones. And just like that, Jim is swept into an adventure! When Captain Billy Bones dies soon after, he leaves behind a treasure map! So Jim, Dr. Livesey and Squire Trelawney find a ship, the Hispaniola, and sail off to find the island where the treasure lies buried. But the sea-cook on the vessel is none other than Long John Silver and he means to get the treasure for himself!

There are many sides to Long John Silver, he is cunning, crafty and knows how to talk men around to his side. And he has a parrot named Captain Flint. Jim, young as he is, is able to save his friends at times, but also makes drastic mistakes. This tale of high adventure has treachery, mutiny, shipwrecks, castaways, fantastic rescues, pistol and cutlass battles, and all manner of daring do!

This wonderful story tells us the meaning of “the black spot,” and brings us the phrases “shiver my timbers” and “pieces of eight.” If you haven’t read it, or it has been a while since you’ve read it, this tale doesn’t disappoint! And there are beautiful illustrations by N.C. Wyeth in the book and eBook. It is a tale to be savored again and again!