Look back at history: A shilling and a dream

Home » Articles » Look back at history: A shilling and a dream 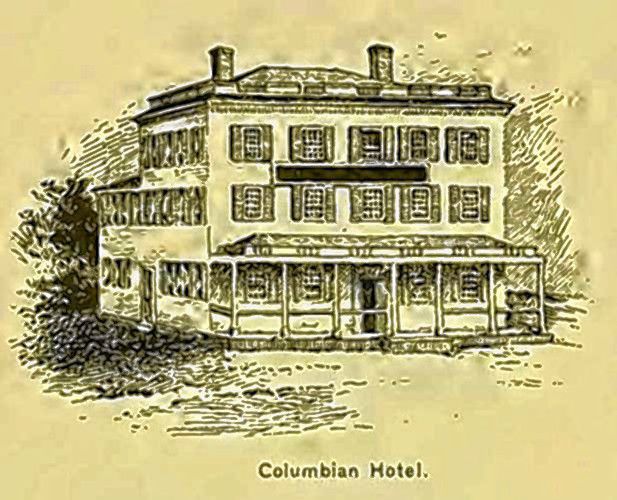 Illustration of the Columbian Hotel in Concord. Spain

A young boy with just a shilling in his pocket rode his mare into Concord on August 26, 1826. His destination was the Columbian Hotel down on Main Street and a job serving the people that resided there. Concord had recently celebrated the 50th anniversary of the signing of the Declaration of Independence. Many a lad would still encounter people with the English accent down on Main Street as travelers arrived on the Concord Coach from the big cities. This young man arrived with just a shilling and a dream to help others in need.

What this boy lacked in wealth he certainly made up for in ambition, he would spend the rest of his life not far from the Columbian Hotel and become one of the most loved and respected members of the Concord community. His name was Nathaniel White, the young lad with only a shilling, ambition and a dream.

Nathaniel worked diligently for his employer at the Columbian Hotel, General John Wilson managed the Columbian and both the general and Nathaniel were from Lancaster. Nathaniel was alone and a very good student, General Wilson taught him the art of business and management, allowing the young man to progress with time. He saved the small amount of money that he earned over a period of five years, checking his progress at the bank each week he was destined for a better life. It was in 1832 that Nathaniel White visited the local bank and borrowed money to purchase a share in a stage route between Concord and Hanover. He repaid the small loan in short order and never borrowed another cent the rest of his life.

Nathaniel White prospered with his stage route; he did so well he purchased another stage route from Concord to Lowell while he was also initiating the pony express business with Captain William Walker. Nathaniel prospered, he matured along with his business. He quickly became one of the wealthiest men in Concord, earning the respect of the citizens that supported his journey to the top.

The young boy that road into Concord with just a shilling in his pocket founded the American Express Company and continued to build extensive wealth his entire life. Nathaniel was a true humanitarian; he helped the less fortunate and desired to see a world free of oppression and poverty.

The next time you visit White Park, walk along White Street or simply use your American Express credit card, think about this young boy. Alone atop his mare, one shilling in his pocket. Ambition and a dream his only companions.

Anything is possible, keep your dream alive.