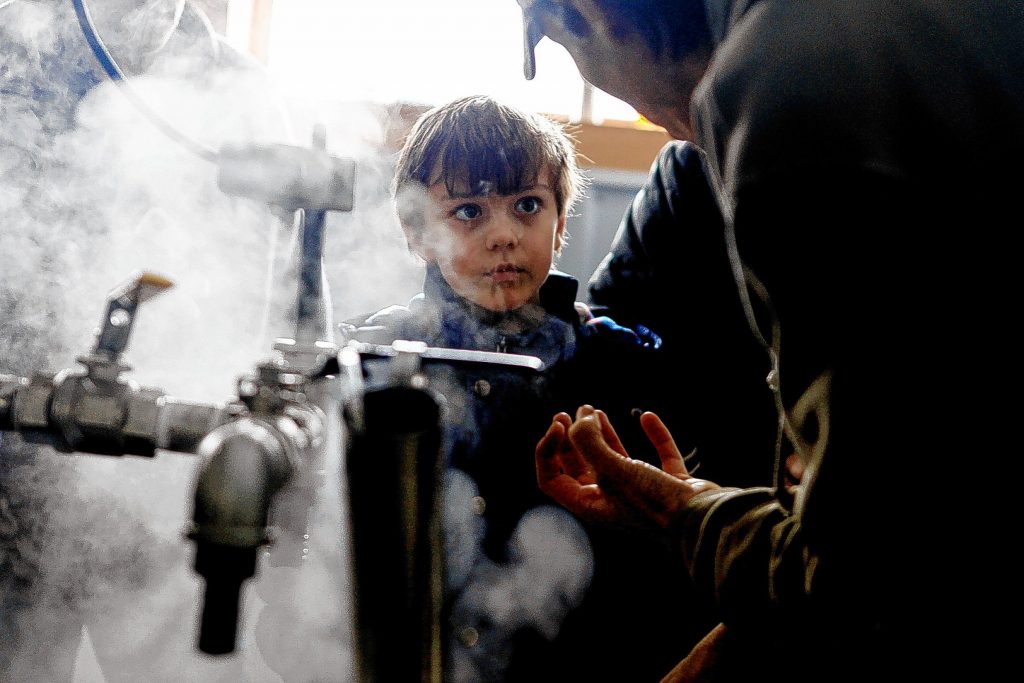 James Russell of Concord, 8, listens to Stefan Lillios explain how to make maple syrup in the boiling room at Maple Ridge Sugar House in Loudon on Saturday, March 22, 2014. 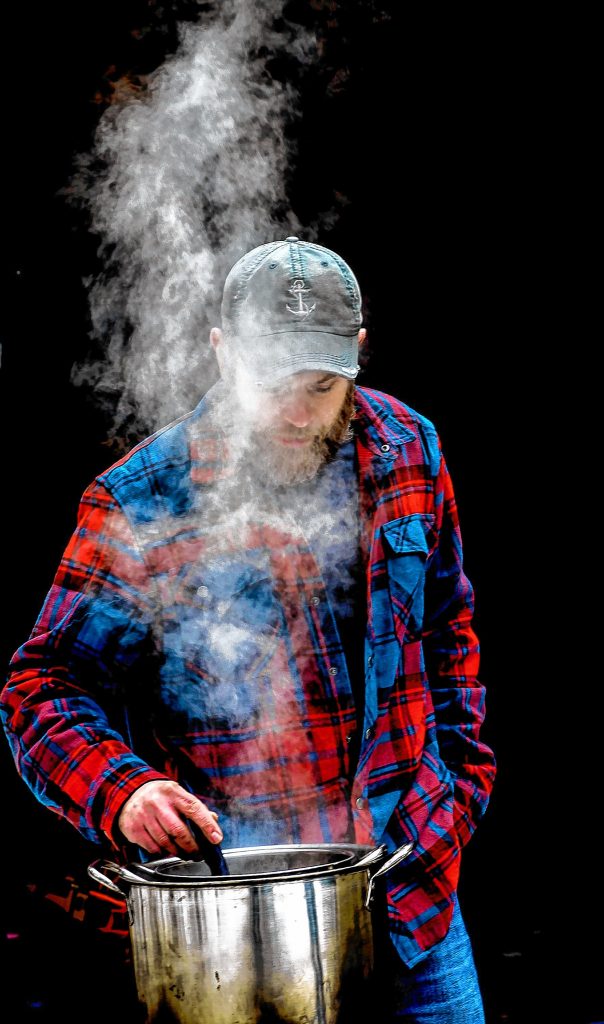 Andrew Mattiace checks on the evaporation process for a custom syrup operation at his Bow home on Saturday, March 2, 2019.

The annual celebration of the state’s maple syrup industry, featuring events and open houses at scores of sugar houses throughout the state, was scheduled for this coming Saturday and Sunday. The New Hampshire Maple Producers Association’s board of directors announced Monday that “with heavy hearts” it is being canceled, along with the rest of New Hampshire Maple Month events.

Sugar makers still have maple syrup and maple products available, and the association suggests calling your local sugar house to see if they’re open for guests.

They also offered suggestions for other ways people can celebrate maple syrup on their own.

How to support your local sugar house

New Hampshire sugar makers still have maple syrup and maple products available as this maple sugaring season was off to a great start. Local sugar houses can be contacted directly to see if they’re open for guests. Additionally, Granite State sugar houses may offer off-hours pick-up, sell their products online, and may be willing to mail their delicious maple products right to your door. For a list of NH sugar houses, visit nhmapleproducers.com.

Maple education for students at home

With New Hampshire schools closed through the beginning of April, now could be a great time to learn about maple sugaring from your own home. Both the New Hampshire Maple Producers Association (nhmapleproducers.com)  and New Hampshire Agriculture  in the Classroom (agclassroom.org/NH/resources/maple.cfm) offer free online learning resources on their websites. From coloring sheets, downloadable posters, videos and lesson plans, there are many options for all ages.

The program was originally structured to  encourage individual students to make their own maple syrup. In 2017, the program was redesigned to include K-12 classroom maple production as well as individual student production. To complement the program, New Hampshire Agriculture in the Classroom developed “Tapping in Maple Tradition,” an extensive maple classroom curriculum with videos for local schools. In 2018, the classroom contest was renamed the Tucker Mountain Challenge and managed by NH Agriculture in the Classroom and sponsored by the NHMPA, while the NHMPA updated the Felker Award to be a creative, open-ended project in hopes of reaching more NH youth ,who might not have access and/or the ability to tap a maple tree, who wanted to learn NH’s rich maple sugaring tradition.

Commonly referred to as the Felker Award, the program and the monetary prize aim to encourage interest by New Hampshire youth in the production of the Granite State’s great maple sugaring tradition. The award is named for Walter Felker, a founder of the New Hampshire Maple Producers Association in 1943. Previous youth winners include renowned New Hampshire sugarmakers Alvin Clark and Bruce Bascom.

New Hampshire’s maple industry draws tourists and adds millions to the state’s economy. The state saw its peak maple sugaring production in the 1890s and currently only taps about 1% of the maple trees in the state. Today, the NHMPA has about 350 members, but that number does not include many backyard enthusiasts around the state. New Hampshire produces 150,000 gallons of syrup annually and the industry continues to grow each year with additional taps and additional production.

How syrup is made

Pure maple syrup comes from the sap of the sugar maple tree. Although maples can grow in many places, the conditions to produce high quality maple syrup only exist in certain parts of the world, like New Hampshire. Trees need warm days and cool nights; the alternating freezing and thawing temperature cycle is what makes the sap flow.

When sap is collected, it gets boiled down to produce the thick syrup we love! The sap is naturally only 2% to 4% sugar, so that excess water needs to be boiled off. On average, it takes 40 gallons of sap to make 1 gallon of maple syrup. No sugar is added to the process; all the sweetness comes from the sap itself. Maple flavor is affected by soil type, tree genetics, weather conditions during the maple season, time during the season when the sap is collected, and processing technique.

When many people think of maple syrup, they envision metal buckets hanging on beautifully old trees in snowy forests. And while some producers may still collect sap this way, many are using the latest technology to make your maple syrup. But don’t let all that technology fool you. Many of New Hampshire’s maple sugaring families have a connection to the state’s rich maple tradition.

Pour syrup into a glass