The Yogi: A Marine learns Savasana 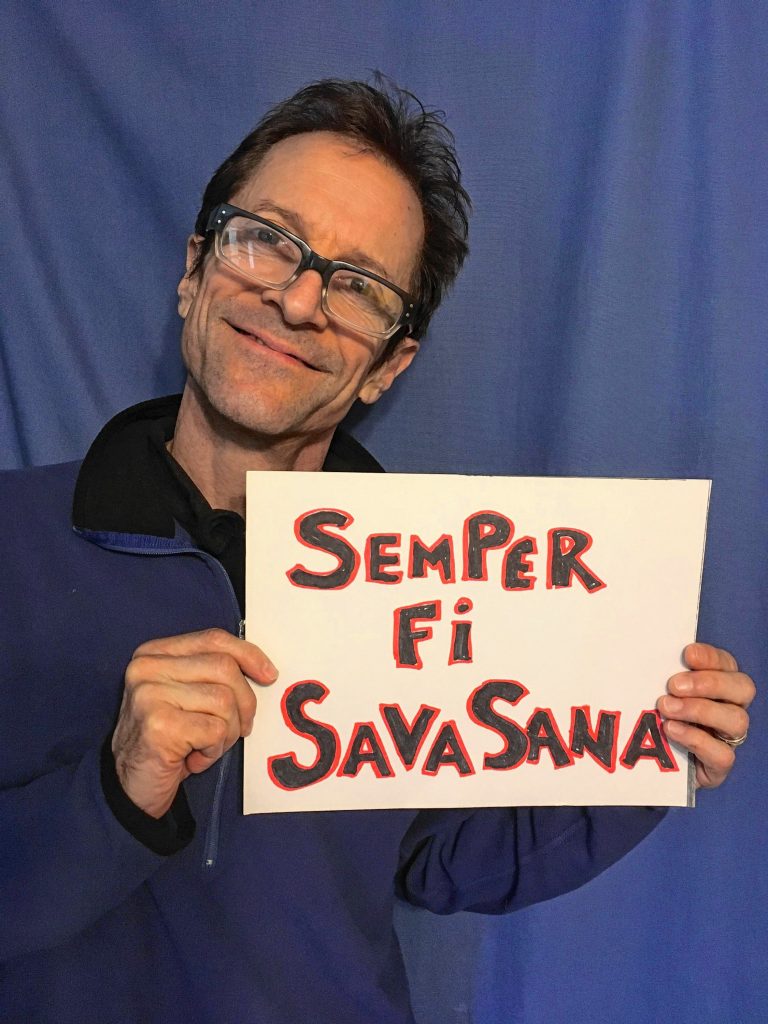 Once upon a time, there was a Marine. This particular Marine had a long, distinguished career in the military, from the jungles of Vietnam to the Pentagon. He was steadfast in his beliefs and worked his body hard. He lived all over the United States, and in several places abroad. When it came time to retire, he chose Concord and decided to try new things. It wasn’t easy for the former Marine to do this, as his organized, regimented life was now open and free. He wasn’t much for sitting around on the porch.

He decided to try a yoga class. The former Marine was a good student. He listened to the instructor’s words and tried his best to put them in his body. He strained, and struggled, and wobbled around on his mat. His body complained, and he would say later that his body was junk from “too many nights in cold foxholes.” He was a pretty tough dude.

After class, the teacher asked: “How amazing was that?” The former Marine looked right at the teacher and said: “I’m gonna like this. I can tell it’s gonna be good for me. But I’m not crazy about all this lying around (stuff).”

I put that last word in parenthesis … the word he used was different. I’ll let you guess what it was.

The pose to which he was referring is called Savasana. Anyone who has taken a yoga class has probably experienced this pose. There are more detailed descriptions of this simple pose around, but at our studio, we generally say to simply lie down on your back, open your eyes, breathe normally (through your nose if you have one) and relax.

Things happen in Savasana. Your body fidgets. Your mind wanders. Your breath may be a little chaotic from all the other poses that you have practiced in class. And yet, if there is magic in yoga, this may well be where it happens. It happens when you practice this “lying around.” In the yoga world, there is talk of the “disappearing” Savasana. Yoga classes get shorter, and more athletic, and folks don’t leave as much time for Savasana. They have to get stuff done.

It’s true. There is a lot to get done. And yoga is only a small piece of any day, even for the most dedicated yogi. The benefits of practicing Savasana, however, are cumulative. They can start to take root in only a few seconds.

Let’s go back to our former Marine, jumping around on his mat for those first few classes. He moved in and out of the postures. He did his best to pay attention and listened to the teacher’s instructions to avoid forcing the body into shapes. Though his body was stiff and resistant, the exercise made him feel pretty good. He began to sweat and his body was buzzing with energy. Then came Savasana. Our former Marine-turned-yoga-student didn’t know what to do with that. He began to fidget, to wipe the sweat away, and look at his watch. He thought he should be getting more done. He remembered he had an appointment that evening, and that his wife was making chicken pot pie. He even started thinking about when he would fit in another class.

The practice of Asana (the poses) is designed to work the muscular-skeletal system, to “charge you up” and provide healthy stress to the body. Savasana is the “reset button,” the great balancer of the nervous system. In a noisy world, Savasana is the silence, if only for a moment. It provides a shift from the sympathetic nervous system, the get stuff done part of the class, to the parasympathetic nervous system. This is where the yoga student balances the “doing” with the “being.” In the wise words of my seven-year-old, Savasana is where you turn your Fairy Ninja Training into Fairy Dust.

Research shows that meditation and mindful breathwork can improve your body’s response to stress, cause positive changes in mood, and reduce fatigue. This is exactly what is happening in Savasana. Many yoga classes will put Savasana at the end of class, for an extended period of time. At our studio, we practice Savasana for moments at a time, after more active poses. We’re kind of sneaky that way: we get in ten minutes or more of Savasana in 20-second increments. It’s kind of like sneaking you your vegetables.

So what happened to our former Marine? He’s still in New Hampshire, my friends. He’s still getting plenty of stuff done. And he’s learned to love Savasana. He’s the last guy to leave the yoga room after class.