The Yogi: Learning a lesson from the Goodfellas

Home » Articles » The Yogi: Learning a lesson from the Goodfellas 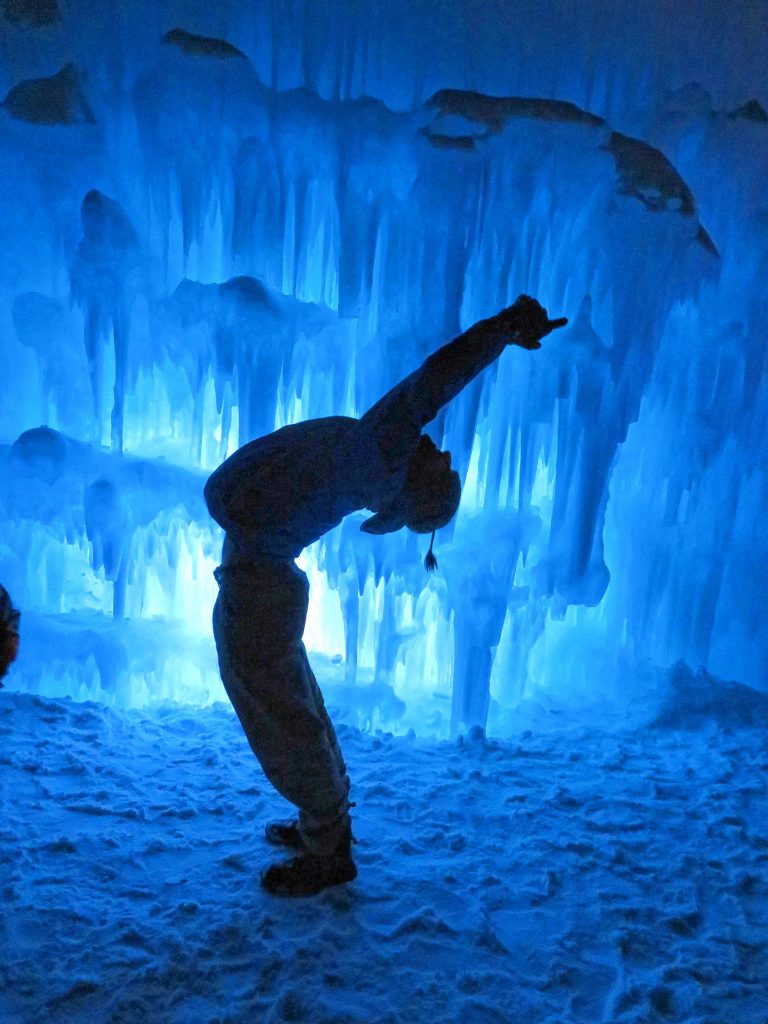 I felt like I was in a scene from Goodfellas.

Maybe it was the way the first gentleman said, “Hey, how you doin’?” as I walked in. Maybe it was that first “fahgetaboutit.” I’d never heard anyone use “fahgetaboutit” in actual conversation before. The room was smoky and hot. I started wondering if Martin Scorsese would walk in at any moment. He didn’t.

My yoga teacher walked in instead. He gave a nod to us, sat down quietly in a corner and closed his eyes. The four of us sat in that hot and smoky room, just a few feet from each other. The scene was set. It was October, 2008. We were in the Las Vegas Hilton, in the sauna. A guy from Concord, New Hampshire. A yoga teacher from Calcutta, India. And two “Goodfellas” from parts unknown.

I was in the second of nine weeks of my yoga teacher training. Along with nearly 300 other trainees, I lived for those nine weeks at the Las Vegas Hilton. I had gotten into the habit of spending a little time each day in the hotel spa. The training was pretty rigorous, and the spa was a welcome respite for a few minutes each day.

The two gentleman were the only ones talking. They could really talk. They were comfortable, confident and clearly enjoying each other’s company. After a few minutes, my yoga teacher let out a “shhh.” It was short and to the point. It also had no effect. The two guys kept on talking. The scene was about to shift dramatically. My yoga teacher said, with a little more venom: “Have some respect.” Goodfella One said: “Is he talking to you?” Goodfella Two said: “No, I think he’s talking to you.” They continued their conversation.

My yoga teacher tried again. “Do you know who I am?” he said. “No idea,” said One. “You?” he asked his buddy. “I think he wants to be friends,” said Two. The back and forth lasted only a few more moments, and suddenly my yoga teacher exploded. He started yelling in the sauna, shaking his fists at the two guys. A few “f-bombs” flew around the room. They were still enjoying themselves, and hardly reacted to his rage. I was silent. I was also glad his towel stayed on. I had come to learn to teach hot yoga from this man who was losing his cool in the Las Vegas Hotel sauna. This was a yoga lesson for the real world.

The two “Goodfellas” from parts unknown had provoked the yogi from India without moving from their perch in the sauna. Only days before, I recalled my teacher saying, as he often did: “If anyone can steal your peace, you are the loser.” I’m not sure about winners and losers in this scene, but it escalated to the point where in a Scorsese film there would be gunshots and blood.

In our case it was a hotel employee who came in to stop the bleeding.

The man tried to calm my yoga teacher down, with no luck at all. I was a little embarrassed, but wasn’t about to leave this scene until it was over. The employee left and came back with hotel security, and they ushered my yoga teacher out of the room, and into the dry sauna next door. He was still yelling and banging on the wood walls of the sauna for awhile, then things quieted down.

“Can you believe that guy?” one of the gentlemen said to me. I told them he was my yoga teacher, and I was in Las Vegas for his teacher training. They thought that was hilarious. “That guy is in charge?” said Goodfella One. And then Goodfella Two said something that still resonates with me today:

“Imagine what he would have done if he didn’t have his yoga. That guy needs yoga like I need a sandwich.”

They say that “what happens in Vegas, stays in Vegas.” This was one scene I took with me, and have replayed many times. I never got the names of those two “Goodfellas.” I hope they are still hanging out together, bringing yoga to the real world.