‘A Christmas Carol’ to be performed at Hatbox Theatre through Dec. 15

Home » Featured » ‘A Christmas Carol’ to be performed at Hatbox Theatre through Dec. 15 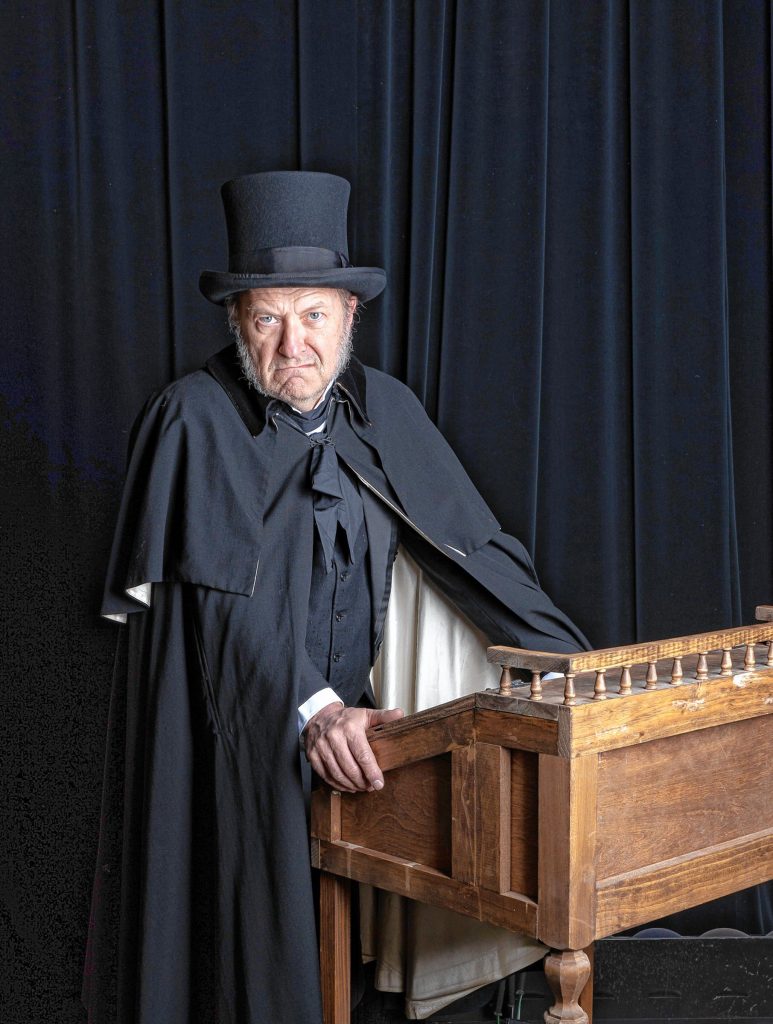 Erik Hodges plays the role of Scrooge in Hatbox Theatre's production of "A Christmas Carol," being performed at Hatbox through Dec. 15. Courtesy of Hatbox Theatre / Jane Button Photography

Charles Dickens’s A Christmas Carol, adapted by Jill Pinard, returns to Hatbox Theatre from Friday through Dec. 15. Performances are Fridays and Saturdays at 7:30 p.m., Sundays at 2 p.m. and bonus performances on Saturday, Dec. 7 at 2 p.m. and Dec. 12 at 7:30 p.m. Tickets are $18 for adults, $15 for members, seniors and students and $12 for senior members. Tickets may be reserved by calling 715-2315 or can be purchased online at hatboxnh.com.

For the fourth year, A Christmas Carol will haunt the Hatbox stage, but for this incarnation, Pinard of Three Witches Productions takes the helm directing the script she adapted for Hatbox in 2016. In this original adaption of the holiday classic, Hatbox Theatre focuses on how the dream-like qualities of the ghost story aspect of Dickens’s work can bring about redemption. Is it “an undigested bit of beef” – a line in the original story – that leads Scrooge to have bad dreams, or is he really being visited by ghosts intent on helping him redeem himself? Audience members, too, will wonder if they are dreaming when they are immersed in sound, lights and projections that bring out these eerier aspects of Scrooge’s fateful night. In creating this script, Pinard set out to leave as much of Dickens’s original as undigested as possible.

Erik Hodges, who plays Scrooge, explained, “I’ve come back to the character of Scrooge because his story is an enduring tale of redemption. We like to think that no soul is beyond repair and Scrooge’s recovery is made by him alone, on a restless Christmas Eve. We live today in a world that yearns for that kind of redemption, and the Christmas season, and this story, make it possible for all of us. ‘God bless us, everyone.’ ”