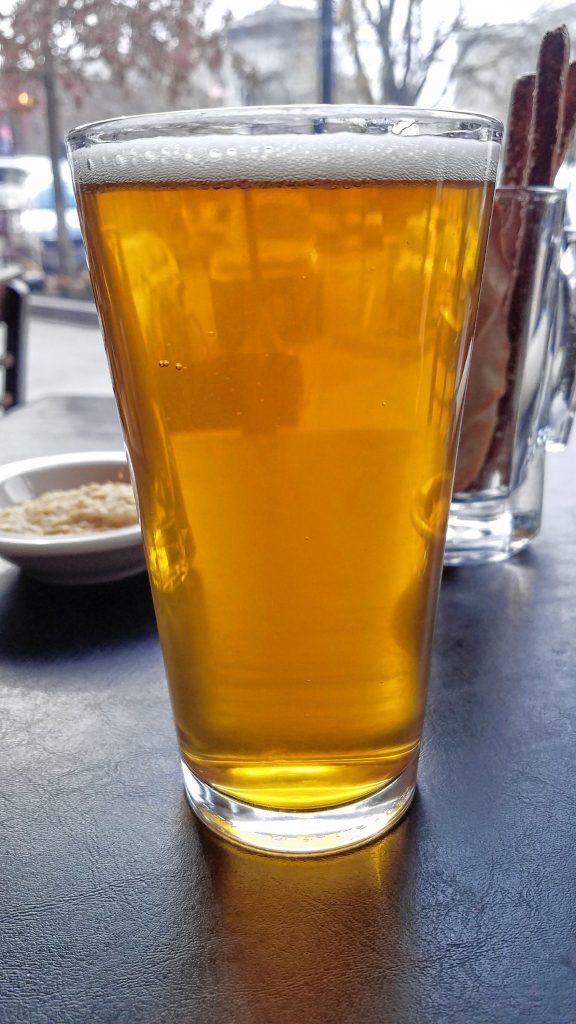 Action!, by Concord Craft Brewing Co. This one was poured at the Barley House. JON BODELL / Insider staff

Whenever we get word of a special edition, one-off beer, it always ends up near the top of the to-do list. When we heard that Concord Craft Brewing Co. was concocting such a brew in honor of the SNOB Film Festival, it became a priority.

During a lunch visit to the Barley House, we learned that the restaurant was among the handful of places lucky enough to get some of the Action! on tap and promptly ordered a pint.

Action!, named after the term directors love to yell while filming, is a double dry-hopped pale ale. It almost rises to the level of an IPA, but it’s a tad bit milder than most true IPAs.

Action! sits right in a medium, happy zone. On one hand, it’s hoppy, bright, light, crisp and refreshing. On the other hand, it’s mild enough that you can enjoy a few of them without feeling a lot of aftertaste and bitterness, and it’s light enough in alcohol that you don’t have to be extra careful with it (although you should of course also be responsible when drinking anything).

While it is not close to summer anymore, this did seem like it would make for a great summer beer. While it was very tasty and enjoyable to sip from a restaurant on a cold, windy, snowy day, it would certainly be great on a beach, in a backyard or around a bonfire with friends. Actually, this would make a great beer for watching movies with – perhaps that’s what Concord Craft Brewing had in mind when they created it.

The brewery made seven barrels of Action!, but that was a couple weeks ago. Half of it was put into kegs and sent to establishments around the city, and the other half was canned. Of the cans, most were reserved for Concord Craft itself, with some other stores getting more limited quantities. We weren’t able to get the full list of retailers selling the cans or restaurants pouring it on tap, so you’ll have to hunt around a little bit. Your best bet, though, would be to check out Concord Craft Brewing first, and go from there if you can’t find any.