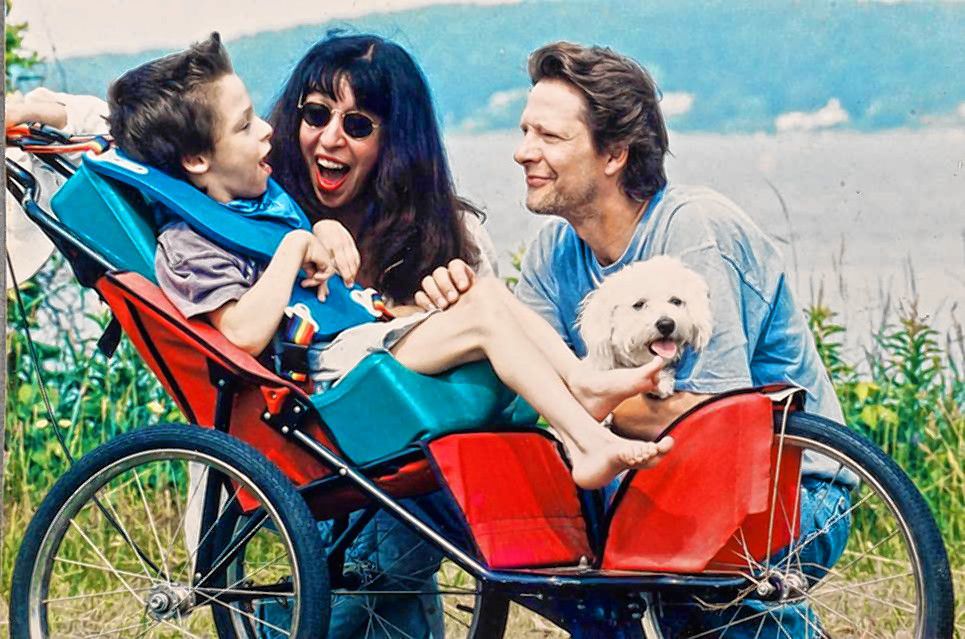 Intelligent Lives by Dan Habib will be screened on New Hampshire PBS and WGBH on Oct. 22 at 8 p.m.

The film, which follows three young Americans working to change misconceptions about people living with intellectual disabilities, will be screened on New Hampshire PBS and WGBH on Oct. 22 at 8 p.m as part of the America ReFramed series.

Narrated and executive produced by Academy Award-winning actor Chris Cooper, the documentary tells the stories of Naomie, Micah and Naieer, each living with an intellectual disability and – with the support of family, friends and colleagues – navigating the workforce, college and high school.

Through the story of his own son Jesse, who had cerebral palsy defied naysayers as an honor student and proved that IQ tests should not determine a person’s potential, Cooper takes viewers through the history of IQ testing and disability rights in the U.S., and looks toward what society can do to help make the world a more inclusive place.

“(Cooper) asks, ‘Can any attempt to measure intelligence predict a person’s value, or ability to contribute meaningfully to the world?’ If viewers examine that question, I think the film will open doors for people with intellectual disabilities throughout our society,” Habib said.

Habib, who has built a reputation as a filmmaker unafraid to break down barriers to inclusion, began advocating for access to education for people with disabilities in the early 2000s, when he made a film about his efforts to create a more inclusive environment for his son, Samuel Habib, who has cerebral palsy.

That launched him into Who Cares about Kelsey?, a project about the more hidden disabilities of ADHD.

But he still felt one group was still not getting enough recognition.

“People would watch the films and say to me, ‘well, the one group we can’t really include are the people with intellectual disabilities, right? They’re the ones that just cant function in the regular classroom,’ ” Habib told the Monitor in May.

Habib did some research and found startling statistics: only 17% of students with an intellectual disability are included in school – meaning they spend 80% of their time in a regular classroom setting. Only 40% of those students graduate from high school with a regular diploma. Then, only 15% go on to be employed.

Habib found that IQ testing began as a way to identify students who needed educational assistance in France by Dr. Alfred Binet in 1905, but was later altered to be thought of as a way to promote eugenics.

The filmmaker decided he wanted to do something about it.

Since its New York City theatrical premiere in September 2018, there have been more than 350 screening events reaching more than 40,000 people in 47 states, including dozens in New Hampshire. Intelligent Lives was shown twice on Capitol Hill during Congressional Briefings; the film was featured in 25 film festivals, including the prestigious SXSW Edu Film Fest; 88% of viewers surveyed said that seeing Intelligent Lives made them more likely to hire a young adult with a disability for a job.

After the broadcast Oct. 22, the film will stream for free for one month online at worldchannel.org/episode/ arf-intelligent-lives.