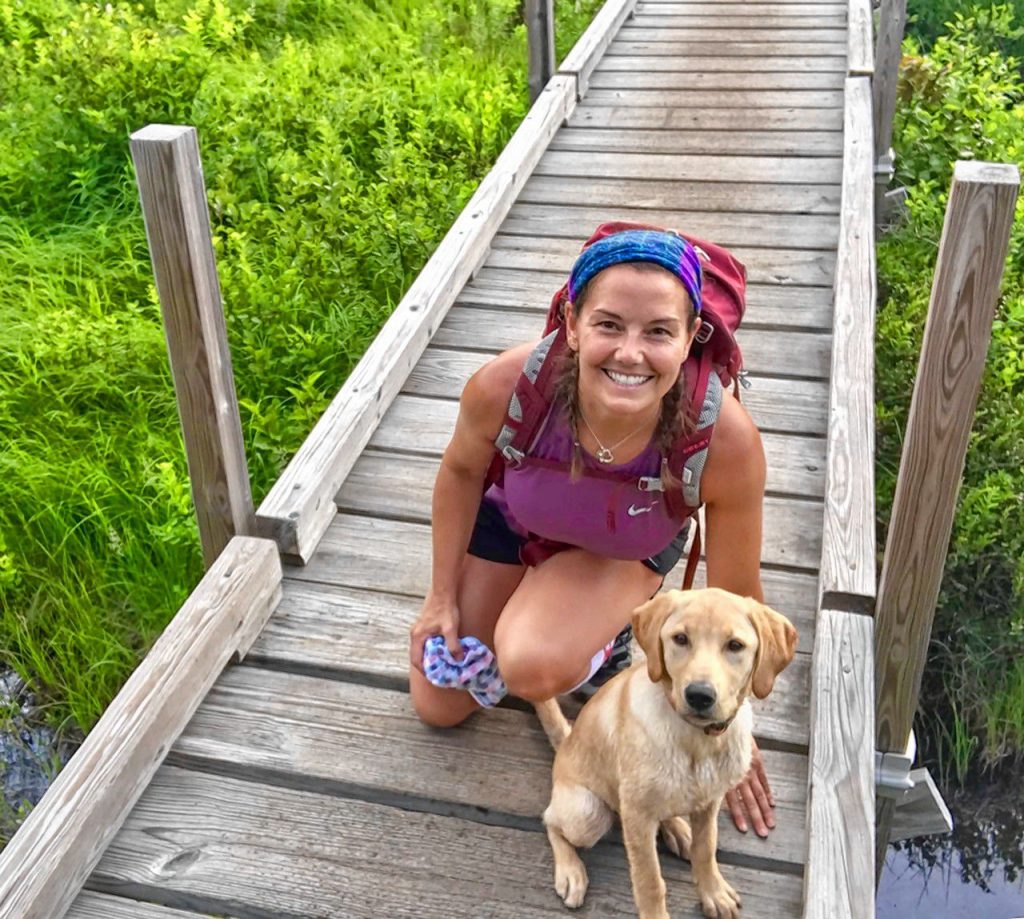 Here's Crystal Reynolds, the hardcore anti-pet person, with her new best friend, Stella, her pet. Even the most ardent detractors of pet ownership can't say no to an adorable, cuddly face like Stella's. Courtesy of Crystal Reynolds

I’ve never been a pet person.

Don’t get me wrong – I don’t wish harm on them. I am not mean to them, nor do I mistreat them, it’s just never been my jam. I tried inventing a dog share business (instead of a time share) where you could have a dog just for a week, several times a year.

Hold up. Take a deep breath. Before you judge me, let me explain. In second grade I was diagnosed with severe allergies to just about everything. Topping the list – dander from pet fur. Swollen eyes, itchy hives, trouble breathing, the works. In addition to that horrible diagnosis, I was forced to get allergy shots in each arm twice a week for my entire childhood. This limited my exposure to and experience with pets growing up.

Over the years I dabbled in some betta fish, but as a science geek I spent more time studying animals than owning them. As an adult, I was so used to living pet-free that it never bothered me that I didn’t have one. I would pet dogs, admire them from across the street, and dog even sat for my sister’s dog Murphy. That filled my potential “need to own” a pet void.

Years later (insert the birth of my son and daughter here), in one 365-day period, both of my children and myself were bitten by dogs. Yup. All three of us. Five horrifying grappling hook stitches in the cheek for my son. My daughter, bitten on the face, required 11 stitches on her chin and three stitches over her eye. After those two episodes I was 100% sure we were destined to not be a dog family. A few months later, an attack poodle named Snowball would further drive me to the no-pet zone (side note: I had to go to the ER and have one of her gross poodle teeth removed from my leg).

People have judged me for my “no-pet policy” for my entire adult life. I quickly remind them that rocks are pets too.

That’s all water under the bridge now, since my children bought themselves a dog for my birthday this year. I am not kidding (NEVER underestimate the persuasive power of two teenagers). When they brought “it” to the door I thought they were joking, so I let the animal in. Who doesn’t let a cute puppy in for 5 minutes? Then I saw some wrapped gifts stacked on the table and breathed a sigh of relief. This was just an elaborate farce. I scrambled to unwrap the first gift. To my surprise (and disappointment) it was a peachy-pink-blue Aztec designed dog collar. I thought – “No, this can’t be.” The next gift, a basket with dog toys. What was happening? Where was my traditional Yankee candle? My new pair of socks? Was I in an alternate universe? After my initial shock, I was told the puppy had to stay with its mom for a few more weeks. Phew! That gave me 14 days to find a place for this dog to live that wasn’t my house.

During the next week, my kids laid it on thick. They referenced studies correlating health benefits and dog ownership, and showed me endless Youtube videos of yellow labs being cute and funny. When that failed, they pet shamed me. They even used my own words against me, reminding me (in a voice they claim sounds exactly like mine) that change is good, to keep an open mind, and to not judge a book by its cover. They brought in expert testimony from every dog owner we knew. It was a full-blown attack on Mom. I’m pretty strong-willed, but after the repeated showing of the SPCA commercial, I caved. Not 100%, but I did agree to take the dog on a 90-day trial.

Boy, did I underestimate what I had gotten myself into! On the very same day the dog came home she peed on the carpet (within 30 seconds), and the kids were fighting over what her name was going to be. What fun. I seriously didn’t even know what to do with a dog. The kids played with her nonstop for the first few days until their interest waned on feeding and walking her. I wished I had a Doggy Bjorn so I could carry her around and get stuff done. This dog was not going to slow me down.

By week two I was feeling more confident. She was eating all her food two times a day, going to the bathroom outside, and sleeping in her crate without crying. I was impressed with myself. I was pretty much bragging about my perfectly trained “Stella” and showing pictures to complete strangers of her lying down with her paws crossed, chewing her Kong, in mid-run with her ears flapping like somehow I was responsible for her cuteness. I was sure I had everything figured out. I have never been more wrong in my life.

Three months later, here’s what I have learned. Dogs throw up. Yes, yes they do. Just like humans, except they make zero effort to get to the toilet (until after they have eaten their own vomit and need a drink of water). They also have explosive and uncontrollable diarrhea. A brand new dog bed and entry carpet later I have learned that pumpkin puree will do wonders. Dogs also snore and on the daily, try to wiggle into spaces they are clearly too big to fit in.

But most importantly, I have learned that dogs are extremely sweet, loyal and loving. Stella is the best friend you could ask for. She listens without judgment (she would never tell if I accidentally had a peanut butter cup for breakfast), she doesn’t complain about my latest Netflix binge (she loves Mindhunter), and she is always excited to see me. I told my kids they could learn a lot from Stella. If you are hungry, find some scraps on the floor, and be thankful. If you are cold, tired or upset, find a sliver of sunlight and curl yourself up in a ball and quietly take a nap. If you need my attention, come next to me and sit quietly until I tell you to speak.

I am well on my way to becoming a dog lady. I stop and pet every dog I see. I frequently have sustainably sourced dog treats in my pocket, and I spend more time researching dog beds for ergonomically appropriate back support than I do researching my own bed. Take it from someone who never considered getting a dog, it will be the best (and probably largest) investment you can make.

(Crystal Reynolds is an owner of 43 Degrees North Athletic Club.)

Author: Crystal Reynolds / For the Insider