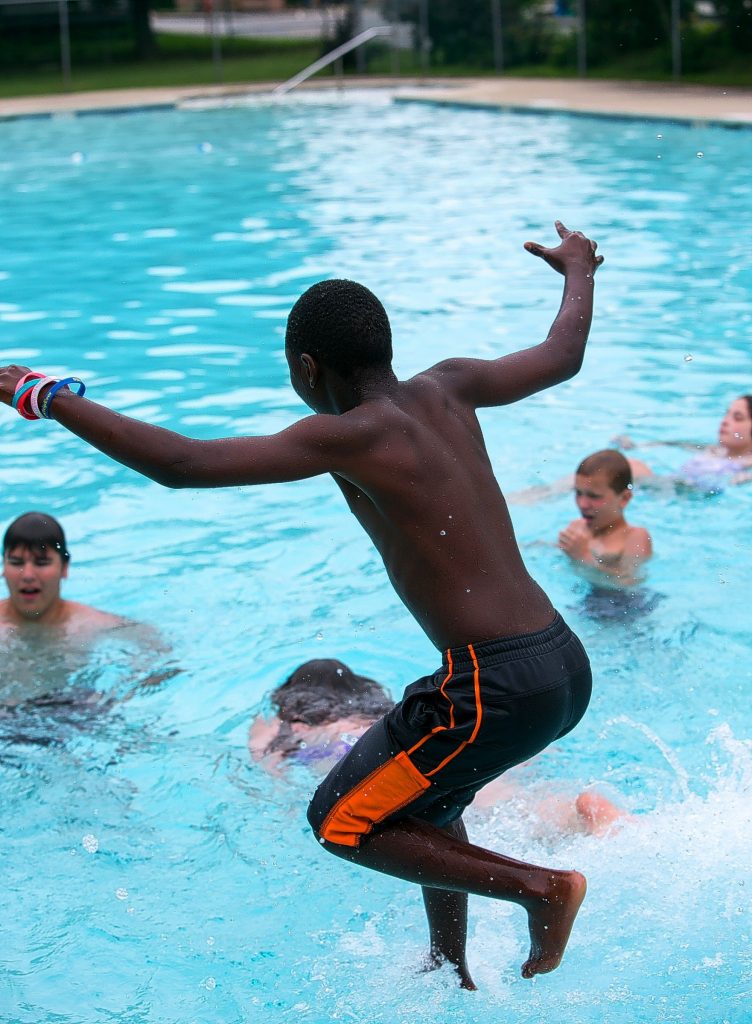 Jean Pierre Nzeyimana, 10, jumps in the Kimball pool on North State Street Monday only to find for himself that other had: the water was really cold. (GEOFF FORESTER / Monitor staff) GEOFF FORESTER 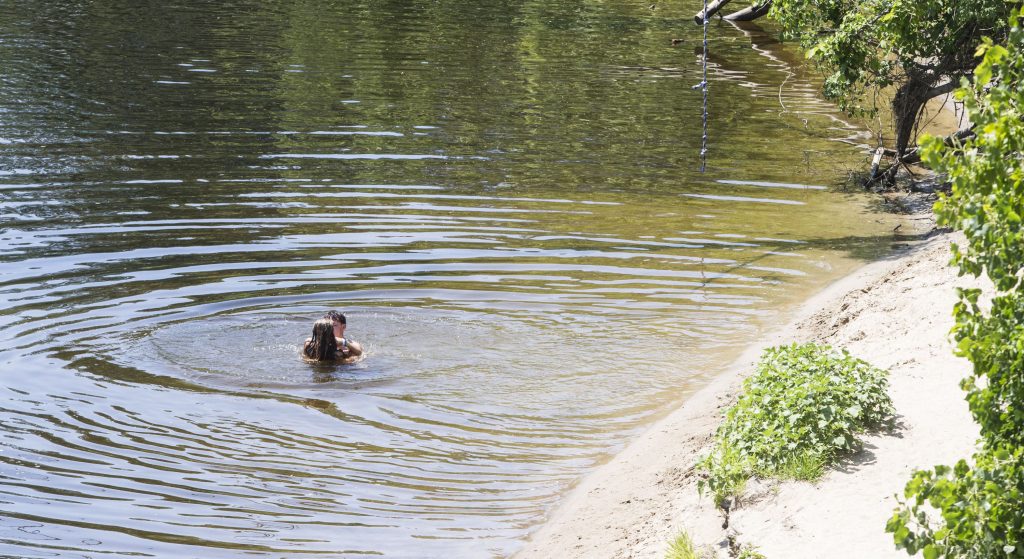 A couple swims where the Contoocook River meets Merrimack River off of the rope swing near the Hannah Duston Memorial State Historical siein Boscawen on Tuesday, July 10, 2018. GEOFF FORESTER

How did everyone enjoy that brutal, oppressive heat wave last week? Nothing says “hot town, summer in the city” like a stretch of days approaching 100 degrees with humidity so high it feels like a wall of warm water hits you as soon as you open the door and step outside. And this is in a state that borders Canada.

If you’re reading this, it means you survived last week’s heat wave – but don’t count your chickens yet, because we’re not out of the woods by a long shot. There’s still another week-plus of July left, then August and September, which can have some scorchers, too.

Since we’re all in this together, the Insider pulled together a bunch of ideas you can use to try to beat the heat this summer. We’re fortunate to live in a city that has so many ways to stay cool when the weather heats up. While we probably overlooked some things, the following list should be a good start for anyone out there looking for ways to stay cool without having to spend the whole summer sitting in your basement in your underwear just to keep from suffering heat exhaustion.

This one is obvious, but it’s worth mentioning here.

The city has seven public pools that are free for residents to use. The pools are located at Garrison, Keach, Kimball, Merrill, Rolfe, Rollins and White parks, and they’ll all be open until Aug. 9. Hours vary from pool to pool depending on the day, so go to the pools page on the city website (concordnh.gov/1269/ Community-Pools) for complete schedules.

Apart from the pools, there’s also the Merrimack River, which runs through most of the city. While the river can be a nice spot to take a dip, it is critical to take safety precautions before going in – there has already been a drowning this year. Make sure you have a flotation device and, ideally, another person close by if you plan on going in the river, which is very strong.

Stay in the AC

If swimming isn’t your thing, there are plenty of air-conditioned places you can hang out in this summer.

To pass a couple hours, catch a flick at Red River Theatres. The AC is always pumping in there, and there’s always something good playing.

For the younger crowd, hit up Altitude Trampoline Park or VIParty Rentals Entertainment Center, both located at Steeplegate Mall. These places let you run around and work up a sweat, but the presence of the chilled air allows you to cool down right away.

If bouncing on trampolines or inflatable structures is a little too high-energy for you, you could take a stroll through the mall, visit the New Hampshire Historical Society, see what’s new at the library or go bowling at Boutwell’s Bowling Center.

Get an ice cream

One of the great pleasures of summer is enjoying a tasty ice cream on a steamy day. Concord happens to have quite a few places to grab a frozen treat.

Some of the mainstays include Ballard’s, on Broadway; Arnie’s Place, on Loudon Road; Orange Leaf, on North Main Street; Granite State Candy Shoppe, on Warren Street; Frekey’s Dairy Freeze, on Fisherville Road; and Buza Dairy Bar, on South Main Street. There are also some larger chain restaurants such as Friendly’s that do quite a bit of ice cream. Dairy Queen, on Loudon Road, claims to have “temporarily” closed in May, though this Insider hasn’t seen it open since, so don’t count on that one.

Whatever you do, just stay cool out there!