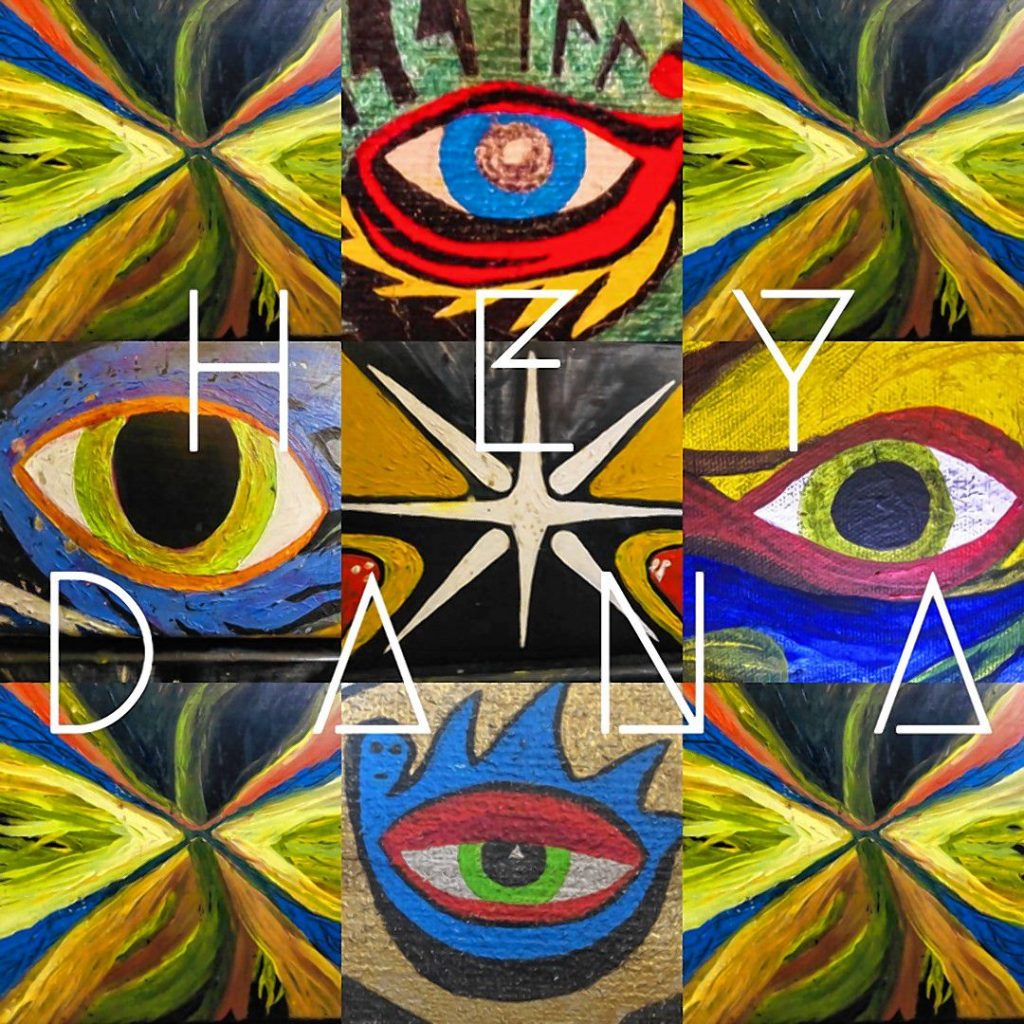 I was given another album to review a few weeks back, and the cover art alone had me intrigued. The first thing I noticed was four eyes staring at me, seemingly peering into my soul. It was only after a few seconds of looking that I saw the name – Hey Dana.

Hey Dana is the stage name of local artist Dana Brunt, who can be found playing at Area 23, Lithermans Limited and anywhere else in New England that will have him. He’s a solo acoustic rock musician whose self-titled debut album just came out a few weeks ago, and he was kind enough to drive over to Insider headquarters to drop off a copy of the CD, which you can get at Pitchfork Records.

Like some of the all-time greats in the music industry, namely Prince and Trent Reznor of Nine Inch Nails, Hey Dana plays all the instruments you hear on the album, save for the harmonica on the second track, “Gazebo,” which was played by a friend of Brunt’s.

Brunt is 43 and only recently got back into music – he was in a band when he was in his 20s, but he didn’t keep up with it consistently in the years since. When he heard of the RPM Challenge, in which musicians challenge themselves to create an album during the month of February, he jumped at the opportunity and banged out the Hey Dana album.

The album features eight tracks, and more than anything else, this record really shows off the wide range of influences behind it.

When he plays live shows, Hey Dana mixes in some covers between his original stuff. Some of the artists he covers include Neil Young, John Lennon, Dave Matthews, Pink Floyd and others. After listening to the album, all of that made a lot of sense.

Right out of the gate, the first track, “If You Please,” reminded me of something you’d hear on the legendary Nirvana Unplugged album – some scratchy vocals, an acoustic guitar, basic chords and all-around catchy.

There’s also quite a bit of influence from Led Zeppelin and other blues-rock mainstays, most apparent on the second track, “Gazebo.” This song is almost an homage to Zeppelin’s “When the Levee Breaks” and even “Nobody’s Fault But Mine.” “Gazebo” is punctuated by some really gnarly, distorted, wailing harmonica that fits perfectly into this bluesy mix. Even the form is very similar to “Levee,” in that there’s a droning chord progression that lasts throughout, and the repetition of vocal parts – in this case, “down at the gazebo,” as opposed to Zeppelin’s repetition of “when the levee breaks.” This is certainly a standout track.

Elsewhere in the album, there’s a strong John Lennon influence that is quickly and easily recognizable. And I’m not talking about early-Beatles Lennon where everything is fun and jolly. Hey Dana seems to have been more heavily influenced by Lennon’s later solo stuff.

Both “What Would You Do” and “False Dichotomy” have shades of Lennon’s “Working Class Hero,” with somber lyrics, a stripped-down musical arrangement featuring just acoustic guitar and vocals, and a lot of passion.

Another standout track here is “Sato,” a tribute to a great dog the artist presumably had. The music is upbeat, like a 90s alt-pop jam, but the song is actually sad because it makes you miss the dog, even though you never met him. The lyrics are actually funny in some spots, including a section where the dog licks a frog and trips out, but they just put on some Pink Floyd and let him ride it out.

If you like alternative-acoustic-blues-indie rock, give Hey Dana a try. It’s also available on Spotify, Apple and Amazon.