We found plenty of things to eat in Chichester and Epsom 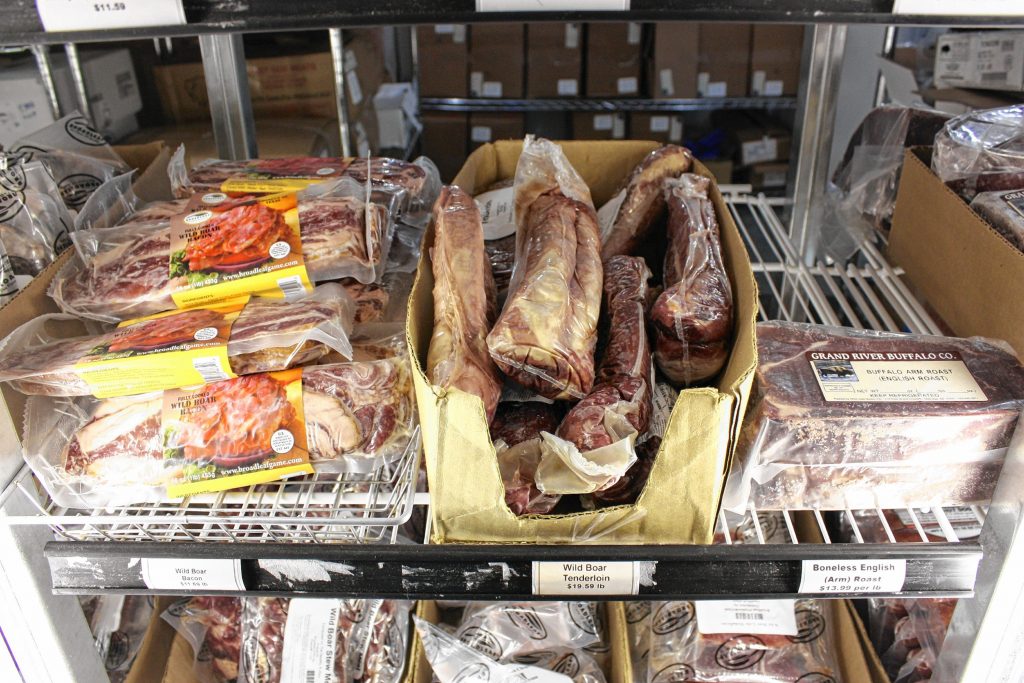 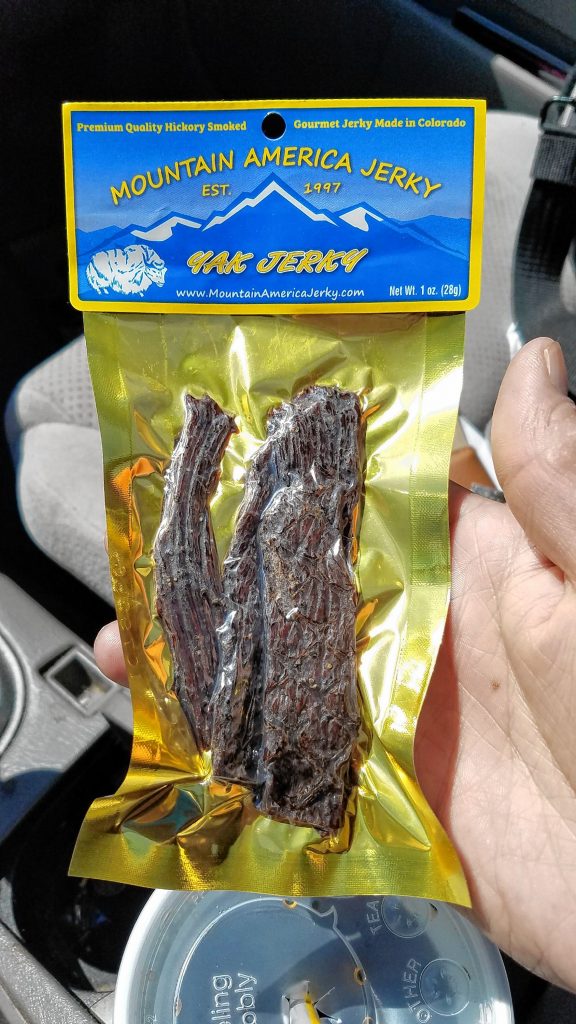 We grabbed a pack of yak jerky from Healthy Buffalo in Chichester, and it was very good. JON BODELL / Insider staff 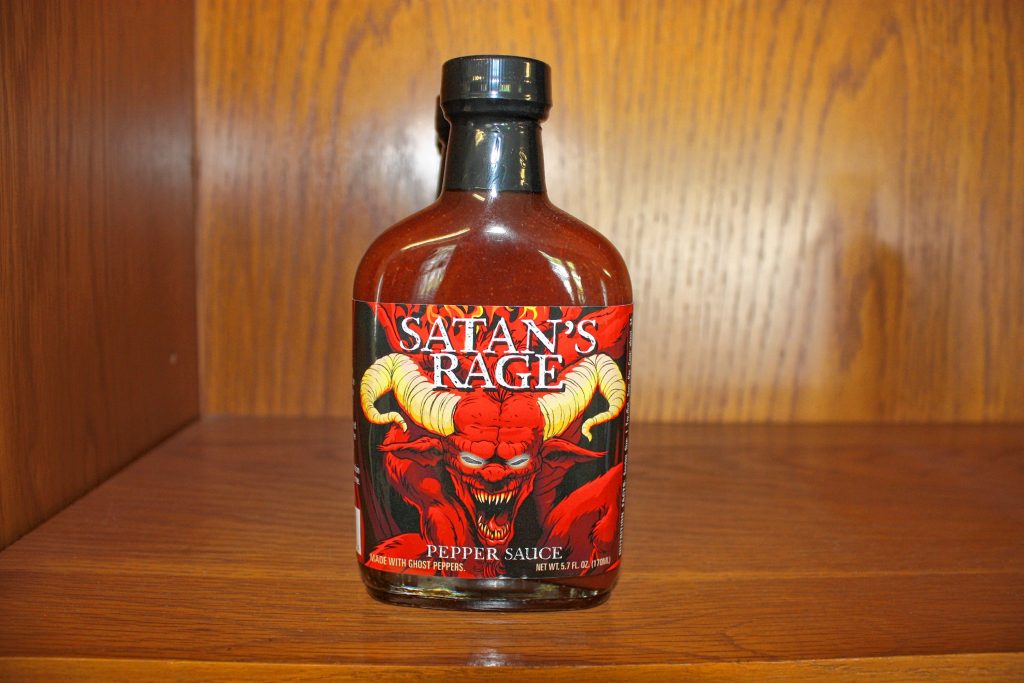 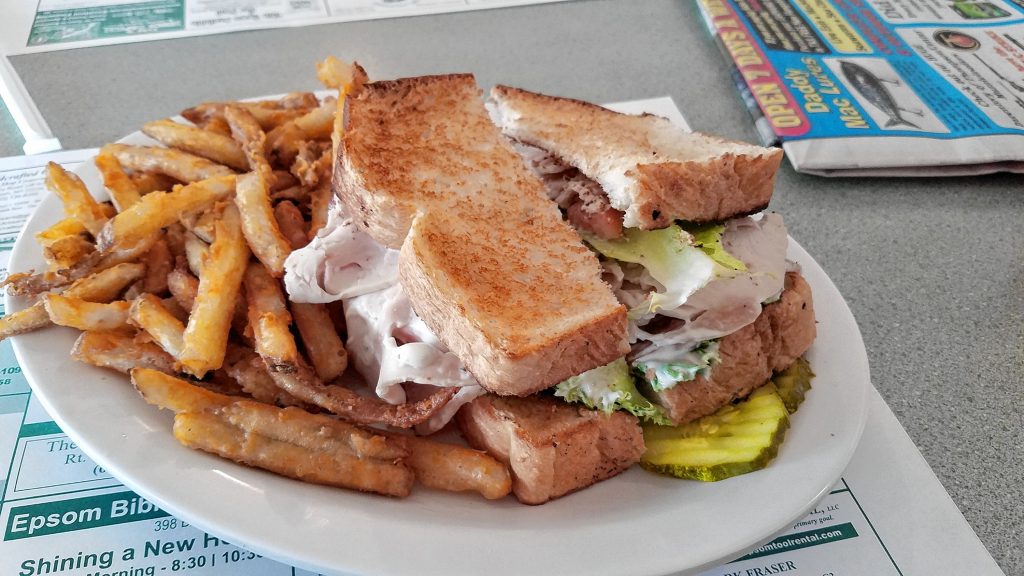 We stopped in to Country Cook'n at the Circle Restaurant in Epsom and got a turkey sandwich and fries. JON BODELL / Insider staff 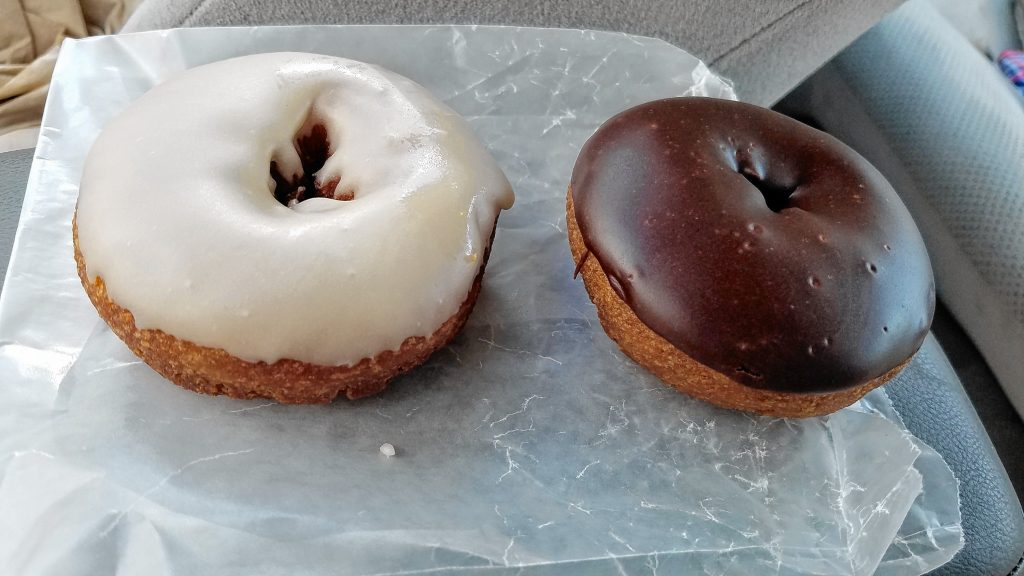 If you're looking for something sweet in Chichester, try some of the doughnuts from Chichester Country Store, which has been around since 1823. JON BODELL / Insider staff

One of the best parts – possibly the best part – of these Field Trip issues is the exploration of the local food. While it’s always fun to travel to another town or city and poke around for the day, everybody’s gotta eat, and it’s a lot more fun when you try something you’ve never had before.

On this trip to Chichester and Epsom, we found quite a range of food options. While there are a few popular restaurants in these towns, we started the whole trip with a visit to a different kind of food seller:

Right on Route 4 in Chichester, Healthy Buffalo specializes in exotic game meats hard to find anywhere else. While you may have had venison or bison before (both of which are available here), you’ve probably not come across too much ostrich, turtle, alligator, alpaca, camel, emu or elk before. They have all that and more at Healthy Buffalo.

The store started off just dealing in bison, but soon expanded to all kinds of meats, said Kim Berry, the store’s lone employee.

“It’s based on demand, what people ask for,” she said of how the store determines what kinds of meats to carry. Customers will often come in and ask if they can ever get a particular meat, and then the store looks into it, usually coming up with whatever the customer wanted.

Sometimes, though, it’s hard for customers to get certain products, even when the store does carry them. Kangaroo, Berry said, is one of the hottest items Healthy Buffalo carries. They don’t get huge supplies of it, so when they do get some in stock, it flies off the shelves as soon as it comes in.

The meats come from all over. Miles Smith Farm in Loudon supplies the Highlander beef. Pasture-raised pork and dairy comes from Brookford Farm in Canterbury. The kangaroo and ostrich come from Australia. Frog legs come from China. Camel comes from – California? (It does, but doesn’t that seem strange?)

Because so many of the meats take long journeys before they arrive at the store in Chichester, all of the meats for sale come in frozen. That’s not to say the cuts are all old, but they have been frozen for the sake of surviving the trip from, say, the Australian outback.

The meats at Healthy Buffalo are also all farm raised, meaning nothing was caught in the wild (even, ironically, the wild boar). This is for health reasons – anything that is taken from the wild carries some risk since we can’t know for sure what that animal has eaten or been exposed to. With farm-raised animals, suppliers such as Healthy Buffalo can look into exactly what these animals were fed, how they were treated, where they were raised and things of that nature.

If you have no idea how to cook camel or frog legs or rabbit, you’re not alone. Luckily, the store is prepared for that and has a big three-ring binder full of recipes with all kinds of ideas for dishes using all of the products the store sells. There are even multiple copies of most of the recipes, so you can take some home with you and give them a try.

The store also has an associated restaurant, the Hungry Buffalo Tavern in Loudon. The tavern sells many items that come from the store, such as alligator bites, slow-roasted wild boar, bison hot dogs, elk burgers and more.

Besides the meats, the Healthy Buffalo also carries some supporting items, such as condiments and snack meats. There’s an assortment of specialty, super-hot-loooking hot sauces, including one called Satan’s Rage – one can only imagine what an experience it must be eating that. For snacks, there’s a rack of jerky featuring many of the types of meat the store carries.

Since I’m such a meataholic, I wasn’t going to leave this place without trying something. Without the kind of time and skill needed to whip up some camel kebabs, I decided to try some jerky instead. I’d never had yak before and had no idea what it would taste like, so I got a small pack of yak jerky, made by Mountain America Jerky.

If you’ve never tried yak jerky before, you’ve been missing out. This stuff was pretty awesome, in all honesty. The pieces were pretty thick and thoroughly dried – one of my biggest pet peeves is any kind of jerky that has a lot of moisture in it. It was modestly seasoned with some spices that added a tiny bit of heat, but nothing close to overwhelming.

As far as the flavor profile, it tasted quite a bit like beef jerky, only a little leaner. The pieces were thick and firm, but not impossible to chew. To me, this actually tasted very much like Wild Bill’s beef jerky from the jar you can get at the counter at certain convenience stores, and that is a major compliment.

If you’re thinking about spicing up your next cookout with something new and different – like some ostrich steaks (did you know ostrich is red meat like a steak, not white like chicken?) or alpaca tips – hit up Healthy Buffalo on Route 4 in Chichester. For more info, go to healthybuffalo.com or call 369-3611.

I didn’t know of too many restaurants in either Chichester or Epsom, but a tip from a “friendly” local (whom you’ll meet in the shopping section of this spread) led me to The Circle Restaurant – officially known as Country Cook’n at the Circle Restaurant. As it name alludes to, the restaurant is right off the traffic circle in Epsom, and it’s a country-style, classic menu.

I walked in at almost exactly noon, and was hungry after working up a real sweat at Chuckster’s all morning. At the same time, I still had several stops to make, so I didn’t want something too heavy that was going to weigh me down.

Browsing over the sandwich and wrap portion of the menu, I decided on a fairly basic item – bacon ranch turkey wrap. This is essentially a turkey BLT with ranch dressing, all of which sounded perfect at this moment in time.

When the food came out, I was surprised to see a sandwich, not a wrap. To be fair, the waitress did say it was her first day, so I cut her some slack and didn’t even mention the mix-up – we all know I was never going to send anything back.

This was a big sandwich, bursting with turkey and seemingly glistening in the sun shining in through the windows. It sure was a nice-looking sandwich if I’ve ever seen one, accented by a healthy portion of fries.

I started with some fries, which were really top-notch. The batter on these was very crispy and flaky, almost as though they may have been battered twice. They were also cooked a tiny bit on the long side, which is how I personally prefer my fries. The result was a very crunchy outside with a soft, fluffy and hot inside.

Biting into the sandwich required opening extra wide, as this thing was tall. At first bite the ranch was noticeable, and good – this was a fairly light ranch that had a tendency to trickle down the sandwich. It was also somewhat mild in flavor, acting almost as a replacement for mayonnaise.

The bacon was also quite crispy, which was a good texture here to complement the soft turkey and tomato. The bread was also pretty thick and toasted toward the crispy side of the scale, which also helped add some crunch to an otherwise soft sandwich. A couple pickle slices were served on the side, rather than on the sandwich, which was fine.

In the end, the sandwich did begin to fall apart before it was gone. This was kind of why I ordered the wrap in the first place, but hey, things like this happen in life. The important thing is that I got my food, really enjoyed it and left with enough room in my stomach – and money in my wallet –to make one more stop on the food tour.

Chichester Country Store is a historical artifact that happens to function as a store. Tracing its roots as far back as 1784, this place is an institution, and it’s easy to see why. While there is a deli inside, one of the things the store is famous for is its apple cider doughnuts – which was a perfect after-lunch, mini dessert. I got a maple frosted and a chocolate frosted, and it only cost me $2.50.

There was nowhere to sit down and eat inside the store – it was pretty packed with the lunch crowd – but since they looked and smelled so good, I had to dig in right there in the parking lot, sitting behind the wheel of my car. I started with the maple frosted, and it was everything I wanted it to be and more. The outside of the doughnut was ever so slightly crunchy – we’re talking the thinnest little layer of crunch, however they were able to accomplish that – with a soft, fluffy, rich inside. The frosting even added a bit of crunch, which made for a really fun and satisfying eating experience.

This was a very sweet doughnut, and it may be too much for some folks. Luckily, I’m not one of those folks, so I pounded the thing in about 12 seconds. The chocolate-covered one went in a similar fashion, and before I knew it I was out of doughnuts (perfect, since I’m just about out of space for this story).