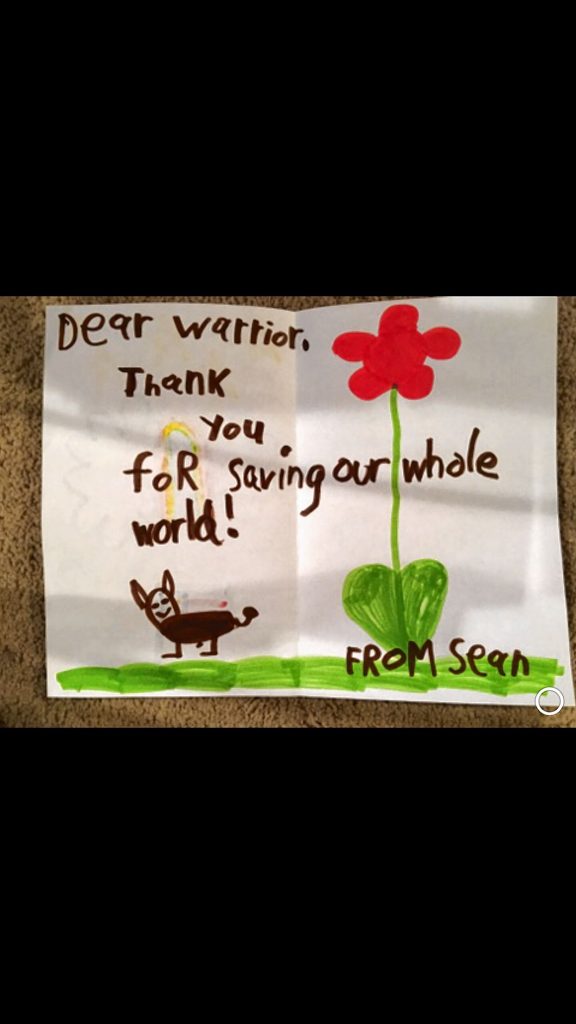 Tens of thousands (literally!) of cards just like this one have been sent to all five branches of our armed forces through the Holiday Cards 4 Our Military NH Challenge, which is up and running again this year. Stop by Sal's Pizza on Storrs Street to pick up a free card, fill it out and drop it in the box inside the restaurant. Courtesy of Laura Landerman-Garber

The Fourth of July and Memorial Day have come and gone, but the fact is that our armed forces in the Army, Navy, Marines, Air Force and Coast Guard are out on the front lines all over the world every day, putting their lives on the line for the sake of the red, white and blue.

This summer, you can do something to help our troops that doesn’t cost a thing – and doesn’t require you to go through boot camp, either. It’s called the Holiday Cards 4 Our Military N.H. Challenge, and it’s a program that has picked up a lot of momentum in the two years of its existence.

The initiative is the brainchild of Laura Landerman-Garber, who said the idea came from an old family tradition from her household.

“Nobody could eat at Thanksgiving until they wrote a card to someone in the military,” she said of that family tradition that dates back 16 years.

What started as something nice to do at the dinner table around Thanksgiving grew into a massive outpouring of support for our troops from the Concord, New Hampshire and American community overall.

The first year of the program was 2017. That year, 17,000 cards were sent out. Last year the number had skyrocketed up to about 50,000 cards – thousands from Concord alone.

The point is to show our troops that we care and that we’re thinking of them. Getting mail provides an enormous emotional lift for troops in all branches all over the world, and the practice of making cards fosters a sense of community.

Sal’s Pizza on Storrs Street is once again home to the drop box. Bring your own cards in and leave them in the box, or pick up a free card right at Sal’s. Start the letter with “Dear, Warrior,” write a message and sign your first name. Landerman-Garber will take it from there.

For more information or to get in touch with Landerman-Garber, send an email to HolidaycardsNH@gmail.com, search for Holiday Card Challenge on Facebook or go to militaryholidaycardchallenge.com.