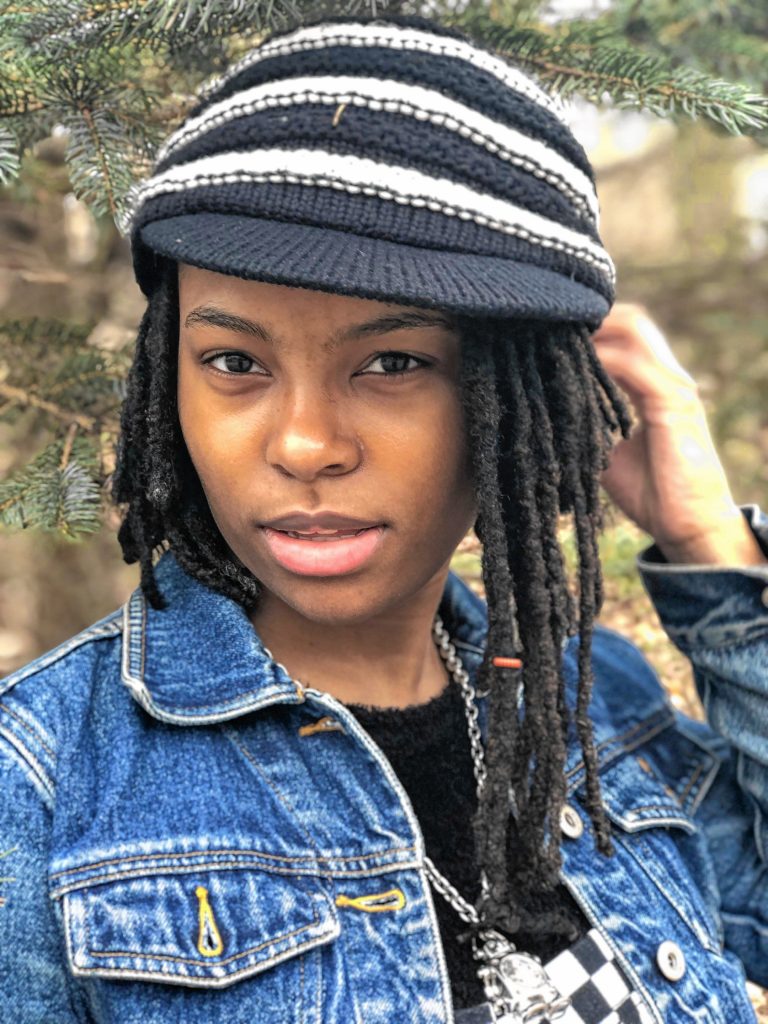 Amaranthia Sepia is a 19-year-old comic artist from Concord. Her new comic series, "Emo Bunny," just went up on the Squid Ink Gallery website. The comic deals with the issues of youth bullying, stress and depression, all of which Sepia has dealt with in her own life. Courtesy of Amaranthia Sepia 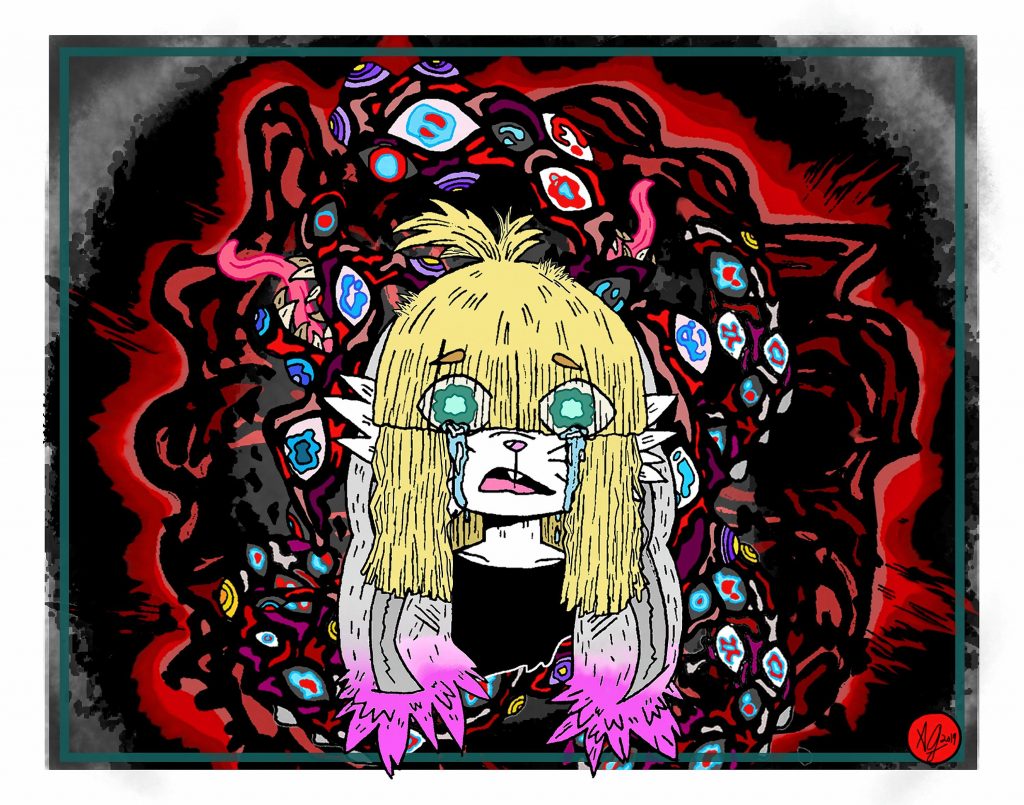 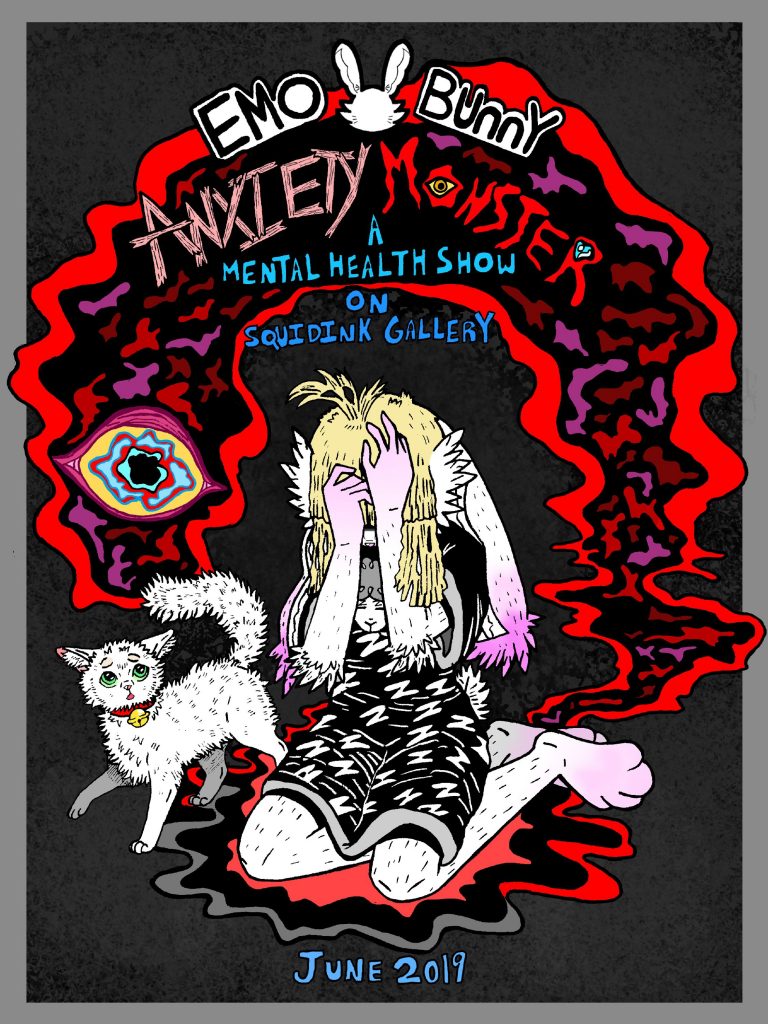 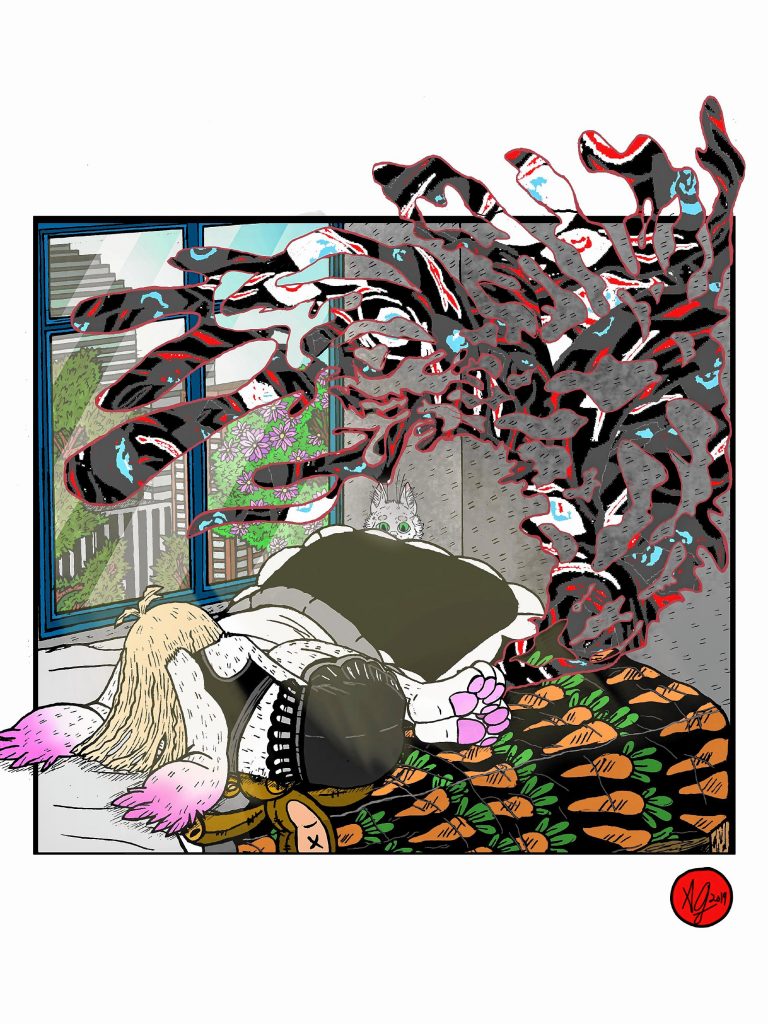 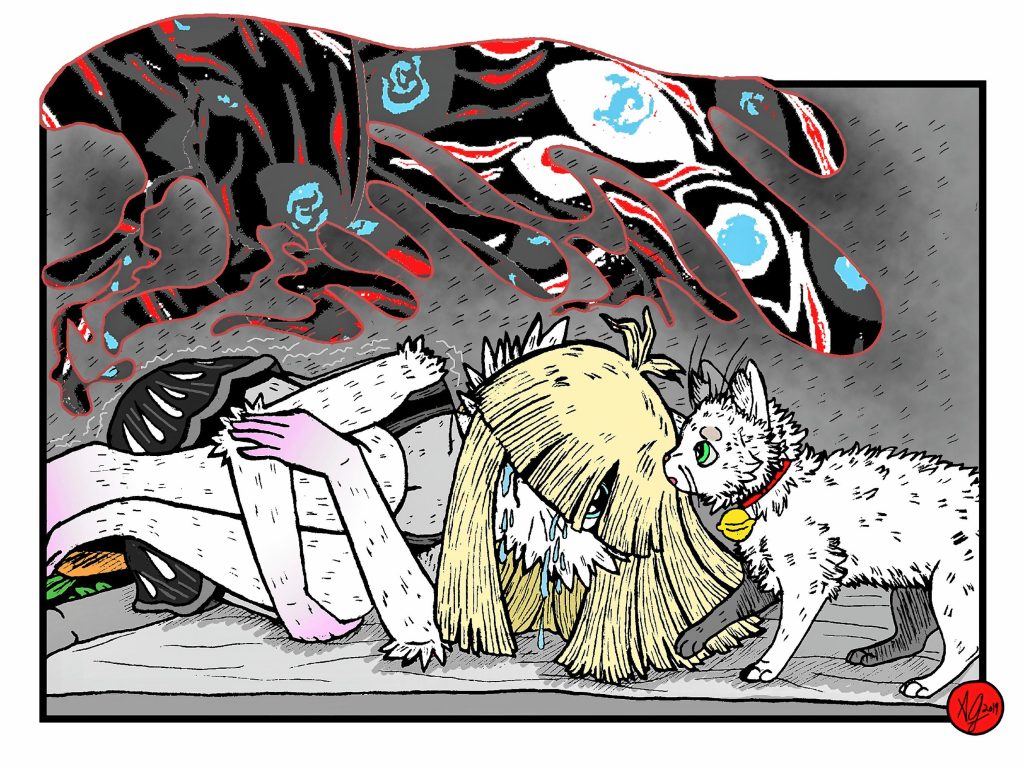 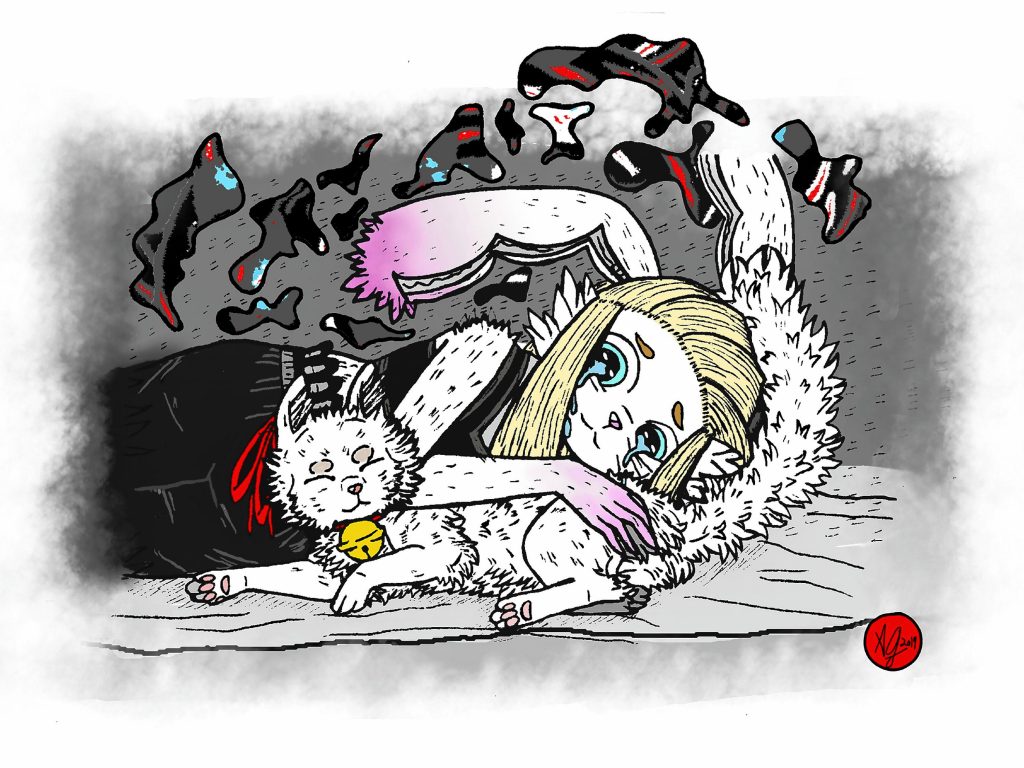 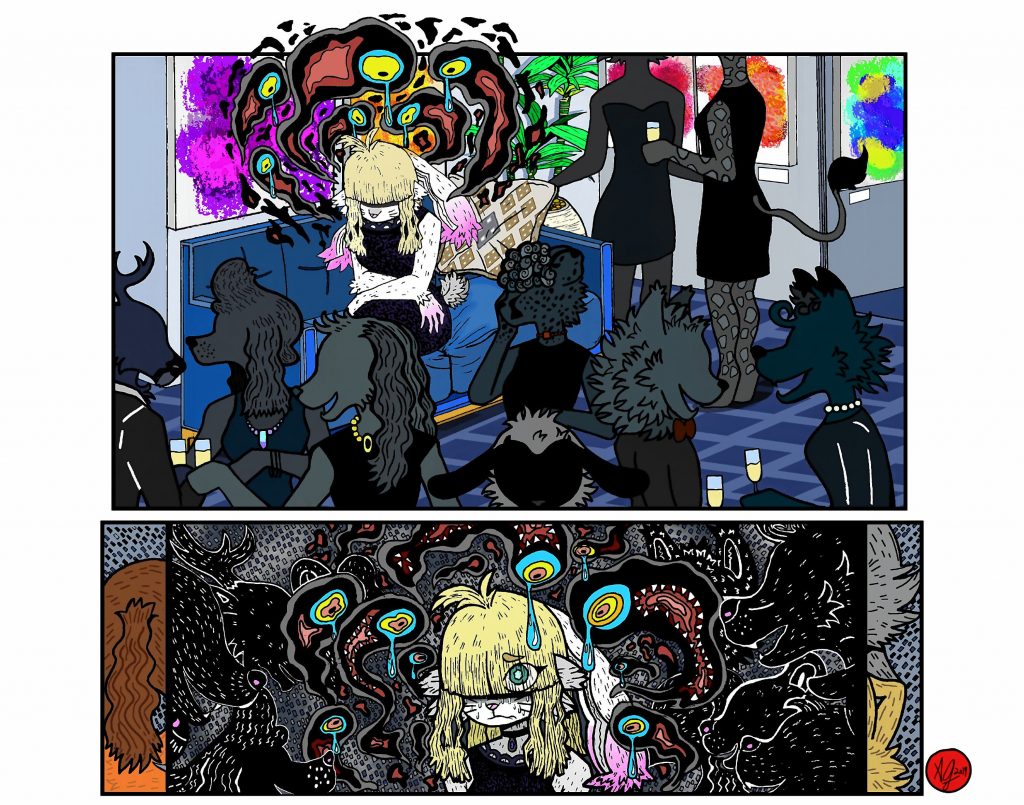 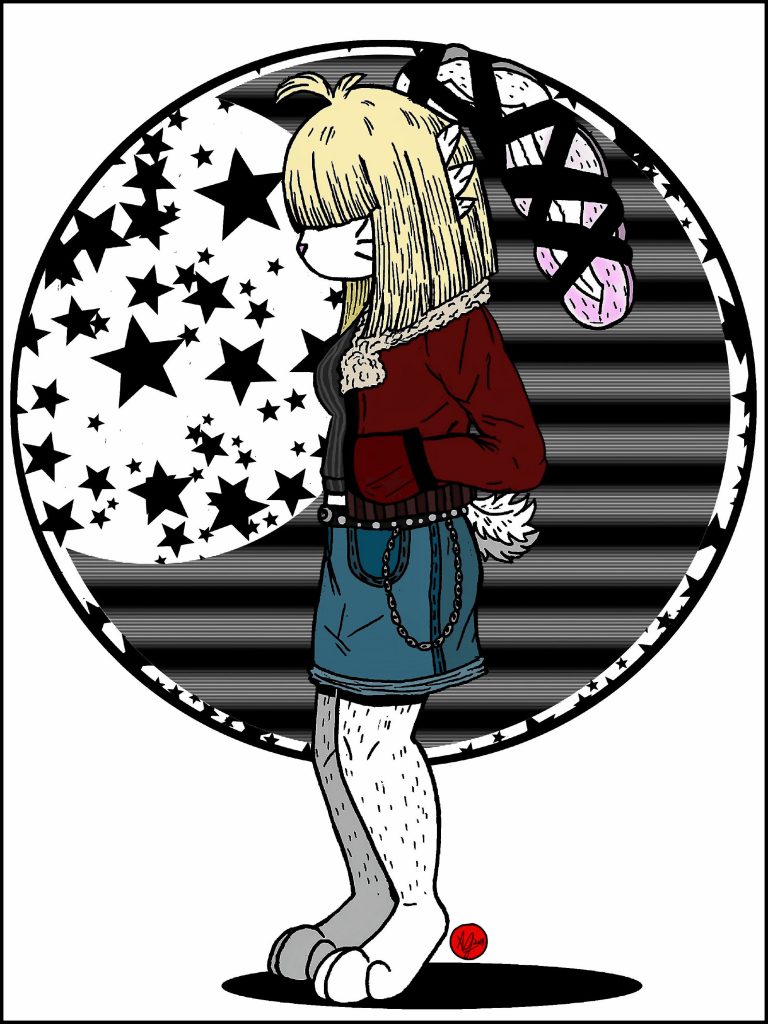 Amaranthia Gitten-Jones didn’t have it easy growing up. After living in Japan for a few years, she returned to the United States at age 8, and very quickly was forced to deal with relentless bullying at school. This made her anxious, uncomfortable, stressed and depressed.

It didn’t get much better over the next few years – eventually, the stress and trauma from all the bullying at school led her to withdraw from traditional school in Concord and enroll in the Virtual Learning Academy Charter School, an online-based homeschooling program.

The one thing she said she had as an outlet for all those years of being bullied was her art. She took to it as an escape from all the stress she was subjected to on a daily basis.

“I started doing comics when I was 8,” said Gittens-Jones, now 19. “I’ve always been working on comic ideas.”

Her time spent in Japan had a tangible impact on her. She loved the culture, especially the art culture, and has been drawn to it ever since. Her original artwork is often in the style of Japanese comics, and she was able to work on her art through classes with VLACS.

The years of practice and hard work have paid off, as the art website Squidink Gallery has just published her first major comic series, Emo Bunny. The comic touches on the themes of childhood bullying, anxiety, panic attacks, stress and other issues she personally experienced growing up. Creating the comics helped her deal with the stress, and her hope is that by sharing her work, it can help others who are going through the same things she has gone through.

“I took a custom class at Virtual Learning Academy where I worked with one of the teachers where I wrote up a story, synopsis, and they helped me flesh out ideas,” said Gittens-Jones, who does her artwork under the name Amaranthia Sepia, which means Eternal Brown Flower.

While her art has helped her get through some difficult times, she still struggles with some of the issues that were there when she was 8.

“I still deal with a lot of symptoms of generalized anxiety disorder,” she said. “I’ve worked with a therapist for the past three years since I left middle school.”

There has been some notable progress, though. Take, for instance, the half-hour phone interview for this story.

“I used to get anxiety attacks and trembling over the phone where I could barely talk, but as I said in the interview, VLACS helped me greatly,” she said in an email shortly after our phone conversation. “I still get anxious, but it’s not as severe as it used to be. Talking about my artwork, especially over the phone, has helped me be more confident in using my voice since my artwork is used as a form of art therapy.”

While her Emo Bunny series is not yet on exhibit at a physical gallery you can go to, there is extensive information provided on her Squidink page, which can be found at squidinkartwork.com/amasepia.

She has finished high school, and for now she is taking a “gap year” to figure a few things out.

“I’m finding ways to heal and manage the trauma from it, so this is really helping,” she said. “It’s an ongoing process, which is why this gap year is so important, to kind of figure things out.”

In the meantime, you can check out her work at the Squidink Gallery page, her website (pathbrite.com/AmaSepia/ profile), on Instagram (@emobunnycomic), on Twitter (@emobunnycomic) and you can even buy merchandise with Emo Bunny images at society6.com/foxbuddha88 and teespring.com/ stores/emo-bunny.

She is also still very interested in having a gallery show at a brick-and-mortar building. She’s in the process of actively looking for a venue to display her work – she said she was going to have a physical exhibit of this show, but for a number of reasons it didn’t pan out.

There is a lot more to Gittens-Jones’s story, but as you can see, we’re running out of space here. She was first featured in the Monitor in 2011, then again in 2013, and in the Insider in 2013 as well. Her story doesn’t end here, though.

The Monitor plans to go into more detail on Gittens-Jones’s struggles, accomplishments and art in the near future. Keep your eyes open for a big feature in the Monitor some time in the next couple weeks. In the meantime, enjoy the artwork on the next page.