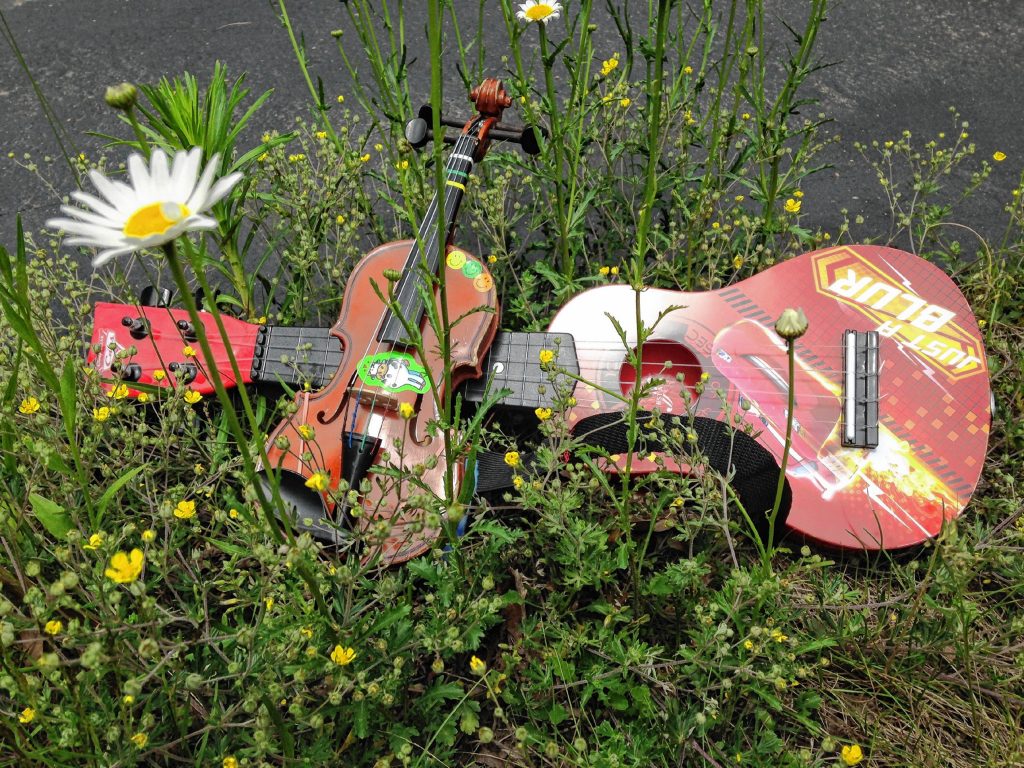 Whether they realize it or not, a lot of songwriters have crafted lyrics that strongly tie in to yoga in everyday life. Dave Matthews may or may not have known a thing or two about "The Space Between," and how that's such a big theme of yoga. Courtesy of Mike Morris

The space between the wicked lies is the hope to keep us safe from the pain.”

Okay. Dave’s are not exactly ancient words, though the period when the Dave Matthew Band recorded the album Everyday sometimes feels like an ancient time. Dave Matthews sang those words in 2001. He’s a little dramatic about it, but then he’s also a songwriter. They’re storytellers, and good storytellers also like good drama.

As I was listening to his lyrics, it struck me how often we hear this concept of the “space between” repeated in song. It’s also a central concept of the practice of yoga.

As a yoga teacher, I’m always looking for ways to find yoga in the world we live in. I can find beauty and peace in the fact that folks were practicing yoga 2,000 years ago, but I want to know how it can help me, my neighbor and my community right now.

Here’s the connection between the “space between” and yoga: Yoga teaches us to notice what happens between stimulus and response. It’s learning to turn “read between the lines” to “feel between the lines.” We learn to deal with the gap between “something’s happening here” and “we gotta get out of this place!” Yes, the songwriters continue to comment. Human beings are hard-wired to respond to stimuli: sound, pressure, movement, pain, any sensory input. Our senses take it in, our brain processes it and we react, or not. What we do with that sensory information can be shaped, shifted and changed. That’s what happens in the “space between.”

In the yoga room, when we’re practicing postures, there’s a lot happening. There is tremendous sensory input. We squeeze, stretch and struggle. We feel the discomfort of muscles working. We notice the complaining from stiff, old lower backs. We hear the bark from ornery knees. Yoga can heal what ails you, to be sure. It takes a little time. Ask yourself how many years it took you to get to where you are now. Put in perspective, 90 minutes in a yoga room is nothing. It’s actually 6% of your day, about the same time as it takes to listen to Pink Floyd’s The Wall. When you give yourself this time, your nervous system adapts. It’s the most amazing thing. With practice, slow corrective changes happen in the body. The nervous system, the “monkey mind,” begins to calm. Movement turns to stillness. It’s one day, one posture, one breath at a time.

What about outside of the yoga room? Where is this “space between?” On the highway, it’s what happens between that SUV cutting you off and the realization that it didn’t really effect you at all. In the mall, it’s what happens between picking up that new pair of shoes and realizing that a 12th pair might be overdoing it a bit. In the neighborhood, it’s the “space between” the way you care for a lawn and the way your neighbor cares for hers.

In Game 2 of the Stanley Cup Final, it’s the “space between” Matt Grzelcyk handling the puck and Oskar Sundqvist sending him into concussion protocol with a dubious hit. Well, maybe that one happened a bit fast, but I’m sure the reaction from Boston fans in front of their televisions was swift and pretty dramatic. For what it’s worth, baseball is a little more like yoga than hockey. In any case, the “yoga team” only practices. There are no tournaments, trophies or Stanley Cups. (Boston will rebound in the “space between” to win that Stanley Cup.)

It all comes down to noticing. It’s about taking control of the “space between” a stimulus and a response. Some of my favorite words on the topic come from the Indian yoga teacher, B.K.S. Iyengar:

“Yoga teaches us to cure what need not be endured and endure what cannot be cured.”

Here’s what a few great songwriters have to say:

“We gotta do much more than believe if we wanna see the world change.”

Grab a yoga mat and let’s do it.