Album Review: ‘These Tracks’ by These Trees a light-rocking, heartfelt debut album 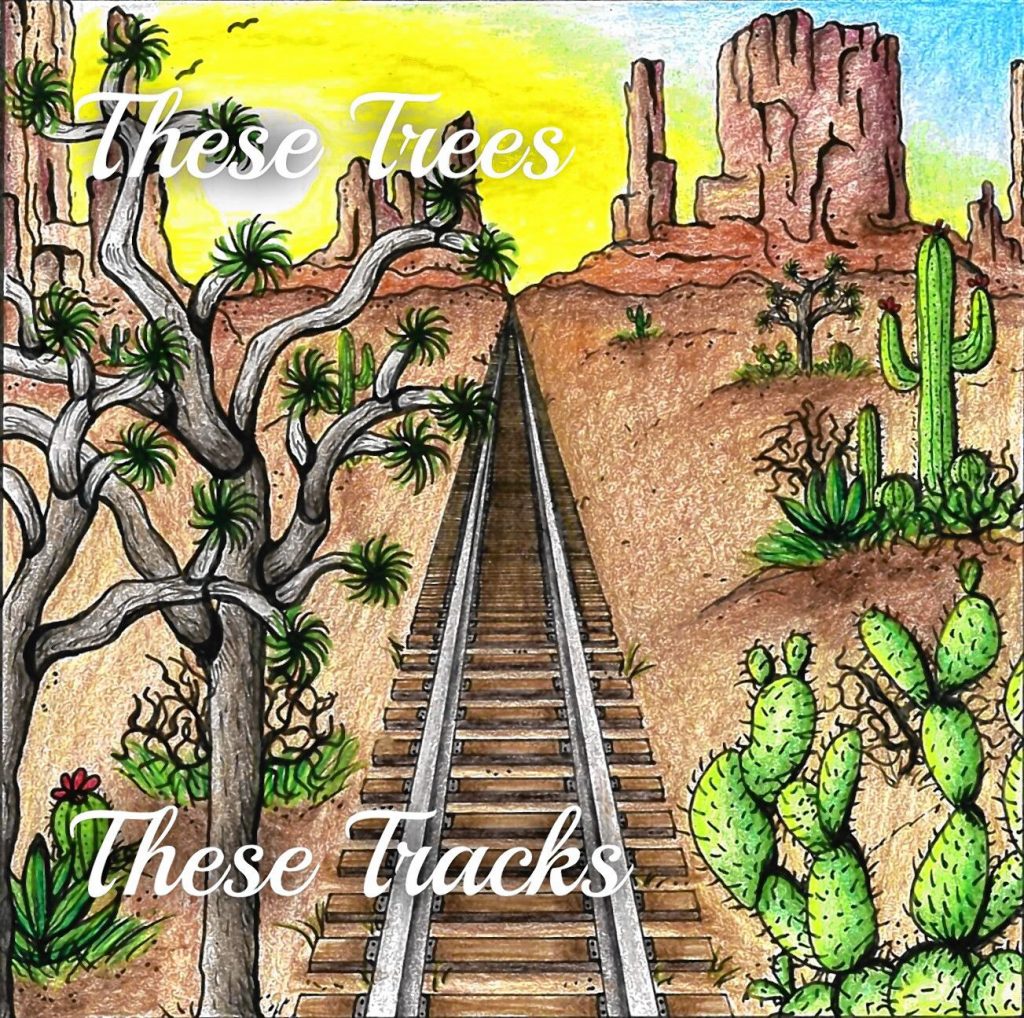 These Tracks is the debut album for local band These Trees. Courtesy of Benjamin Harris

I was lucky enough to snag an early copy of These Tracks, the debut EP from Concord-based These Trees, and give it a listen last week. The band consists of Benjamin Harris (lead guitar, backing vocals), Jacob Gines (lead vocals, rhythm guitar), Ethan Archer (bass) and Chris Laliotis (drums). The album was produced, mixed and mastered by Rocking Horse Studio in Pittsfield, and all of the songs were written by Gines and Harris. It was just officially released at Area 23 on Friday, and you can pick up a copy on iTunes, Spotify, at any of their shows and even Pitchfork Records downtown.

Here’s how it sounded to me, track by track:

1. “Dirty Bastard” –The album opens with an acoustic guitar picking on some notes, and an electric quickly joins in to play some chords. It has a kind of folksy, kind of poppy vibe that reminded me a little of the Counting Crows. The vocals are strong and crystal clear, and the voice reminds me of Caleb Followill, the lead singer of Kings of Leon. The track also features very pleasant backing vocals – a voice just singing some notes in rhythm with the music. The track ends with a cool, Tom Petty-esque guitar solo.

2. “Happy Birfday” – This track opens with some heavily distorted guitar chords, with a clean acoustic joining in. The lyrics are more somber and very self-reflective. “Happy birfday to me – what a wonderful time to be drowning in my thoughts of the year” is the chorus. It’s as though it was a tough year, and the singer can’t get himself to stop thinking about all of it. A slowish electric solo with some slide and bends meshes well with the feel of the track. Again, good backing vocals and multi-tracking really accent the track and make it sound very full. This song actually sounds a lot like Kings of Leon, and that’s meant as a compliment.

3. “Cold Tonight” – This song is a pick-me-up, lyrically, from the previous track. “Cold Tonight” is more about living in the moment and enjoying everything that’s in front of you. The chorus goes: “Some say these are the good ol’ days, crack a smile as they pass us by. Let’s think of the ways we can waste some time.” It sounds like an ode to high school or college romance and revelry.

4. “The Ghoul” – This is the saddest song of the album, though it is not a sappy love song. It opens with distorted arpeggios giving way to some rolling drums. The song is about a love lost, and ever since she left, it’s been so hard to sleep, evidenced by the line, “Now that you’ve been gone, I’ve been awake for too long, awake for too long.” And then, “Well I’m counting sheep, because I knew that you were hiding under my bed while I was slowly drifting away from consciousness, so I could be with you in my dreams.” Hits you right in the feels.

5. “Opiates” – The final track is a good riddance of sorts. Light, airy acoustic chords (perhaps a 12-string) lead to lyrics like, “Do I have the guts to tell you you’re wrong?” and “Here we go again,” which is repeated. The singer chastises her for popping her pills. Sounds like this relationship didn’t end well.

This is a solid debut from some talented musicians who have been through some stuff. If you have the means, I highly recommend picking up a copy and giving it a spin.