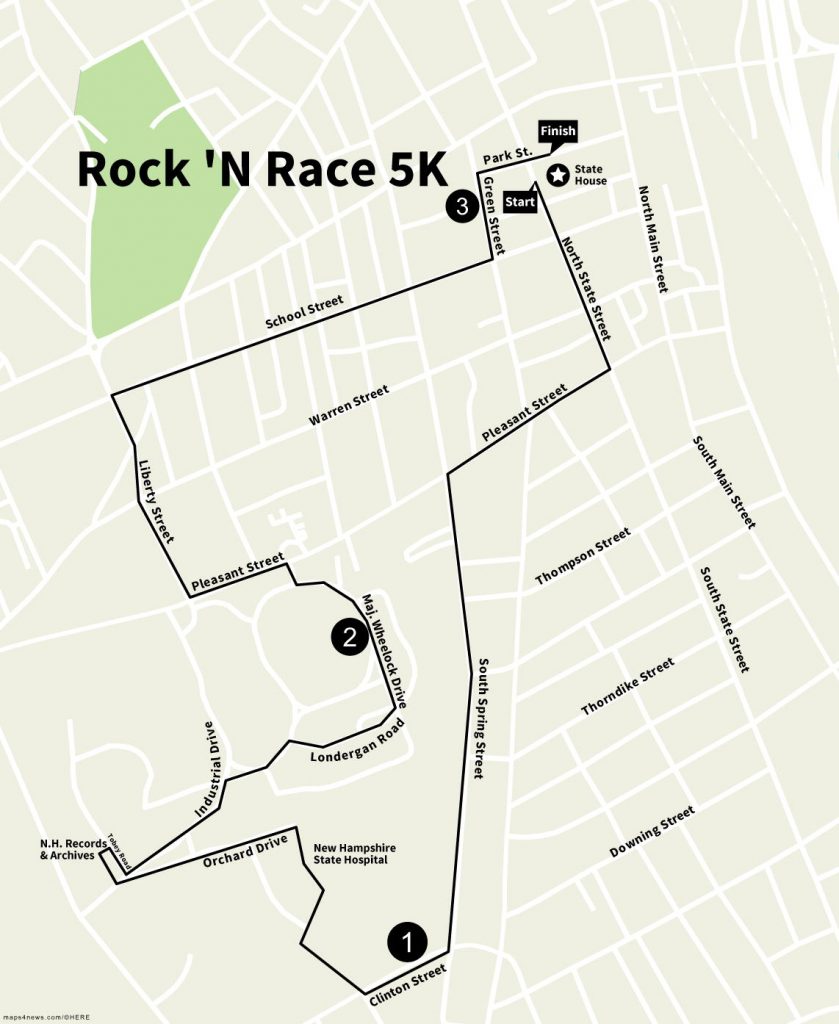 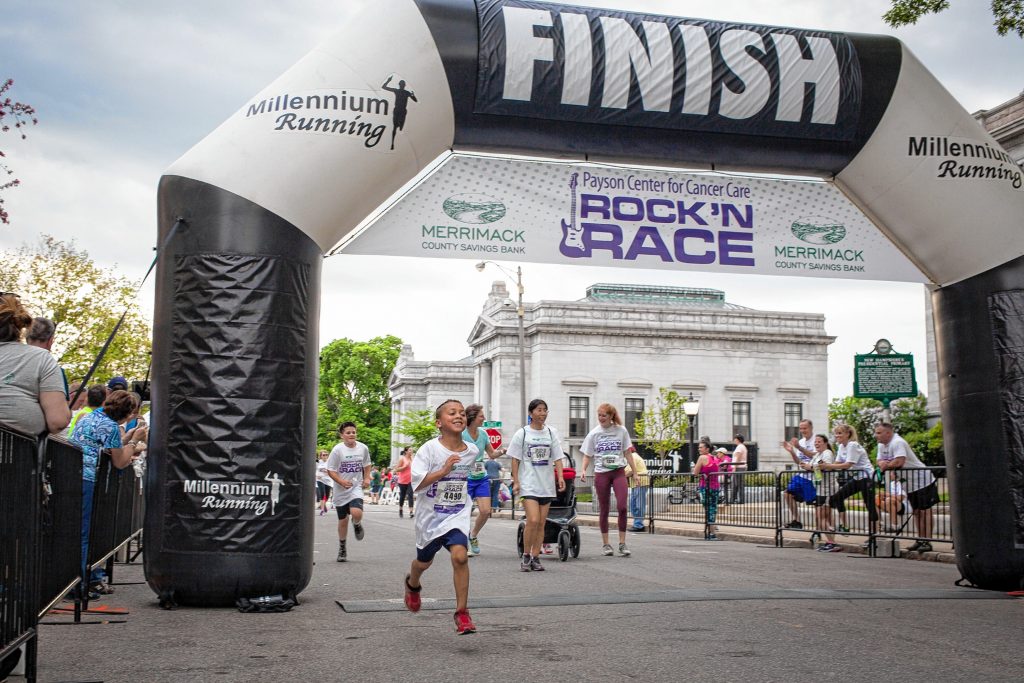 It’s that time of year again. Birds are chirping, days are getting longer, the air is (very) slowly but surely getting warmer, outdoor patio sets are occupying sidewalk space – it can only mean one thing.

The road race is one of the biggest community events in Concord, and for good reason – Rock ‘N Race is a big fundraiser for the Payson Center for Cancer Care at Concord Hospital. In the 16 years of Rock ‘N Race history, more than $4 million has been raised. That’s a big deal.

Participating in this fundraiser means you’re helping thousands of people get the critical care they need to fight cancer from the Payson Center. Within the Payson Center is the HOPE Resource Center, a place where cancer patients, as well as their family and loved ones, really start the healing process, with the help of a dedicated and strong-willed staff. The folks at the HOPE Resource Center very much understand that cancer does not just affect the patient, but that patient’s entire network of people in his or her life.

As a result, this race has really taken off over the years. Concord is a city of pride, and it seems like year after year the crowd at Rock ‘N Race gets a little bigger – and so does the number on the big check. Last year’s event, the 16th annual, drew about 4,700 runners and walkers who combined to raise about $322,000. That’s a lot of cash, but of course it’s never enough, so don’t let that number fool you into thinking the Payson Center is just “all set” or anything like that. In fact, try to do the opposite – set out to break the record and be part of something special in the capital city.

As of Monday, there were already 3,771 participants signed up, with more than $68,000 raised. Online registration is now closed, but you can still register right up until the start of the race. which is Thursday at 6 p.m. If you go to rocknrace.org, you can click a link to print off a paper registration form. Otherwise, you can go to the Bektash Shrine Center on Wednesday from 11 a.m. to 6 p.m. or register in person on race day at the State House plaza from noon to 5:30 p.m.

By now you’re probably wondering about the specific details and logistics of the race, which we haven’t even really touched on yet because there’s so much more to the story than the physical activities. That said, this is an all-ages, family friendly road race we’re talking about here, and not just any old road race.

As its name implies, the Rock ‘N Race has a serious “rockin’ ” component to it in the form of live music. This is the only road race in Concord that features more than a dozen live performers set up at various stages on public and private property all along the race route. Apart from all the jams you get to take in while you’re running or walking, you can usually see (or show off) some pretty wild costumes – inflatable dinosaurs have become all the rage lately.

There will also be plenty of food vendors set up all over the route. While you may not think about pounding a couple chili dogs in the middle of trying to set a new personal best 5K time, remember that this is a fairly heavily watched event, too, with spectators typically lining the whole route.

New this year is a 1-mile mini route option for those who want to participate but might not be able to complete a full 5K, which is a little longer than 3 miles (we’re not making a claim on the exact distance in miles because hardcore runners always seem to argue about this). We’ve included the full-course map on page 12, and the 1-mile course just clips off a big chunk of the 5K route.

This year’s music lineup features 13 acts, most of which should sound familiar to the Concord crowd, including our own yogi, Mike Morris. Here’s the lineup of who will be playing and where (note that some stages are set up on private properties, such as homes, so be extra courteous when you’re around these stages):

The following food and beverage vendors have also signed on:

New Hampshire Distributors, providing all of your water and hydration needs!

As for the timing of everything, the schedule of events is as follows:

From 6 p.m. on, food and fun will be provided on the State House lawn

And that’s basically the long and short of it. This is a family friendly, communal event that’s healthy, fun and raises money for a great cause. Word on the street is that the weather might even cooperate, but, of course, we’ve probably just jinxed it by even mentioning it.

In case you were wondering, registration numbers are a tiny bit off the pace of last year, at least as of Monday, May 13. Online registration is now closed, but there’s still plenty of time to register or even just donate. Susan Chase, senior philanthropy officer at Concord Hospital Trust, doesn’t seem to be too worried about the numbers just yet.

“You know, we had a lot of activity on the website over the weekend, so I’m feeling really good,” she said. “We see 1,000 new patients at Payson Center every year, so we get a lot of new runners and walkers, too.”

For more information on the race, registration, sponsorships and/or donations, go to rocknrace.org or call 227-7000, ext. 3076.