The Me2/ Orchestra is bringing its message to Concord

Home » Articles » The Me2/ Orchestra is bringing its message to Concord 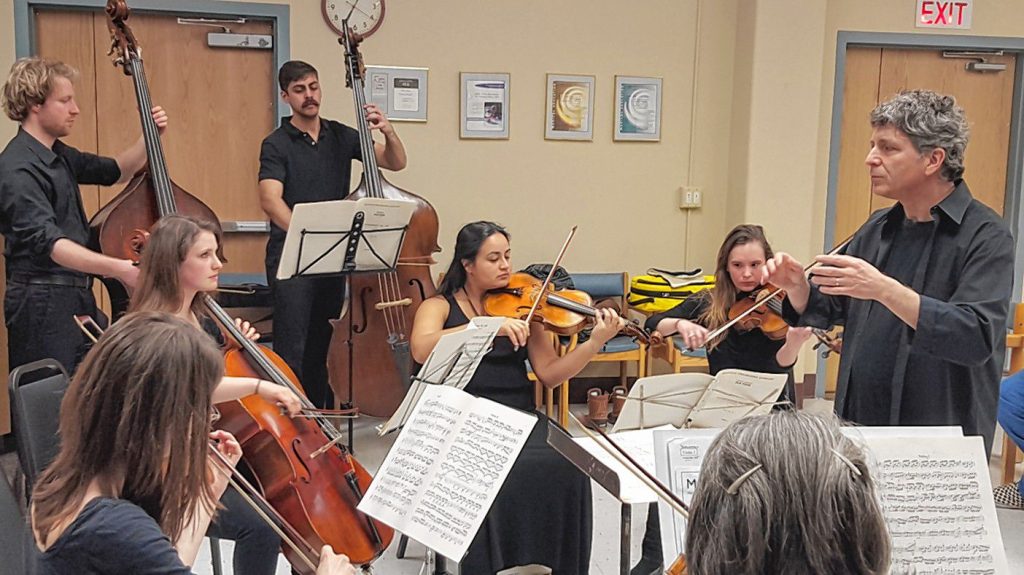 The Me2 Orchestra rehearses at Shattuck Hospital.

The world’s only classical music organization created for individuals with mental illnesses and the people who support them is coming to Concord on May 19.

Me2/ (me, too) rehearses weekly and performs before crowds at traditional concert venues, museums, recovery facilities, and correctional centers.

According to their website, Me2/ serves as a model organization where people with and without mental illnesses work together in an environment where acceptance is an expectation, patience is encouraged, and supporting each other is a priority.”

Me2/ began in Burlington, Vt., in 2011 and has since expanded in New England and beyond. Me2/Boston launched in 2014 and in October the ensemble played at the Bridgewater State Hospital in Massachusetts, a facility that houses more than 300 inmates who are a dealing with mental illness and are a danger to themselves or others.

The Me2/ model is expanding nationally, with an affiliate program in Portland, Ore., and interest is building in cities such as Pittsburgh, Indianapolis, and Atlanta.

The Me2/Orchestra from Boston will play on May 19 from 4 to 5:30 p.m. at Concord High School, 170 Warren St. Tickets are free but registration is requested. To register, visit riverbendcmhc.org.

Author: Moira Clark / For the Insider