Year in Review: 2018 was a long, strange trip – let’s look back on some of the highlights

Home » Articles » Year in Review: 2018 was a long, strange trip – let’s look back on some of the highlights 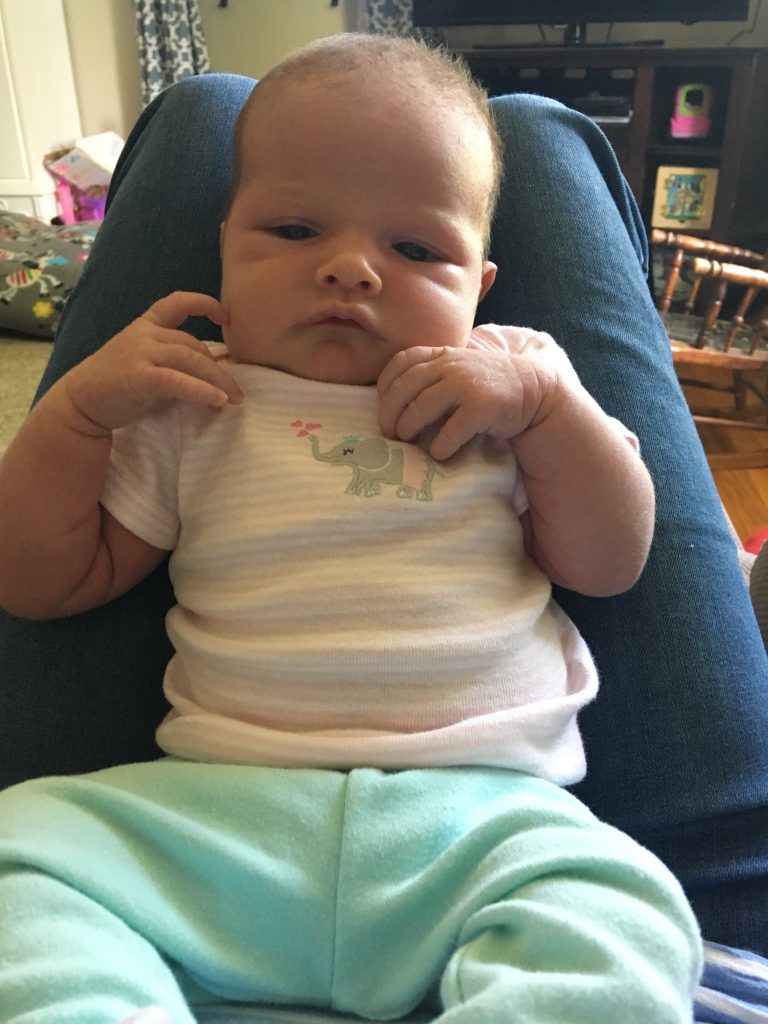 Tim's adorable new daughter, Penelope, has been a wonderful addition to the Goodwin family – and will likely be a regular in the Insider like her older sister, Sophie. MARY GOODWIN / For the Insider 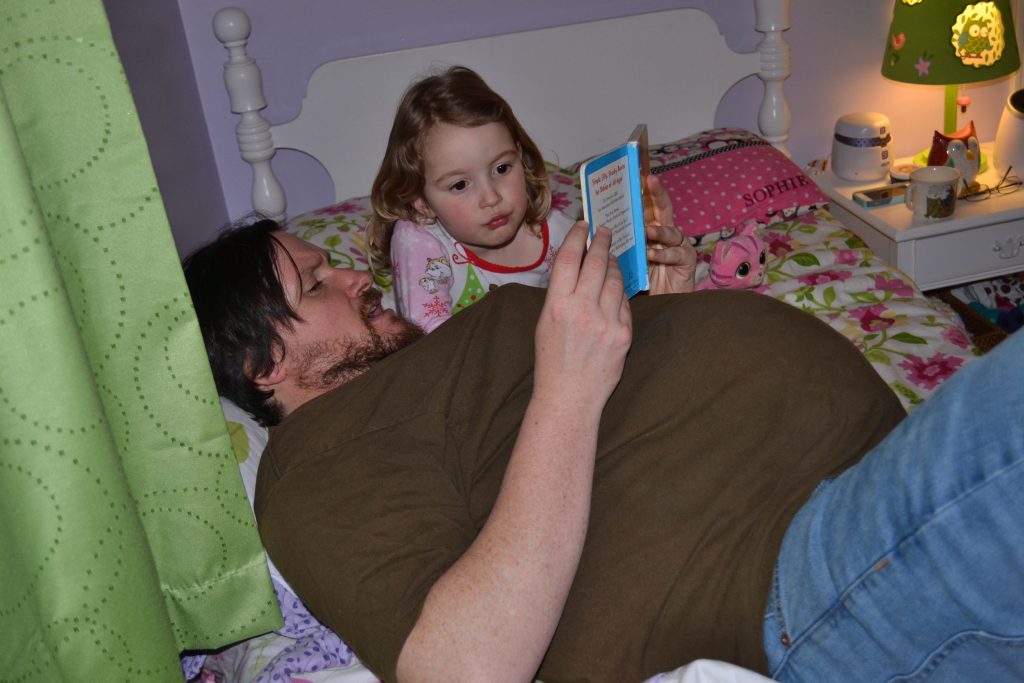 Even after a full 13 hours of being fake pregnant, Tim still found the energy to lay around and read stories to his daughter, Sophie. MARY GOODWIN / For the Insider 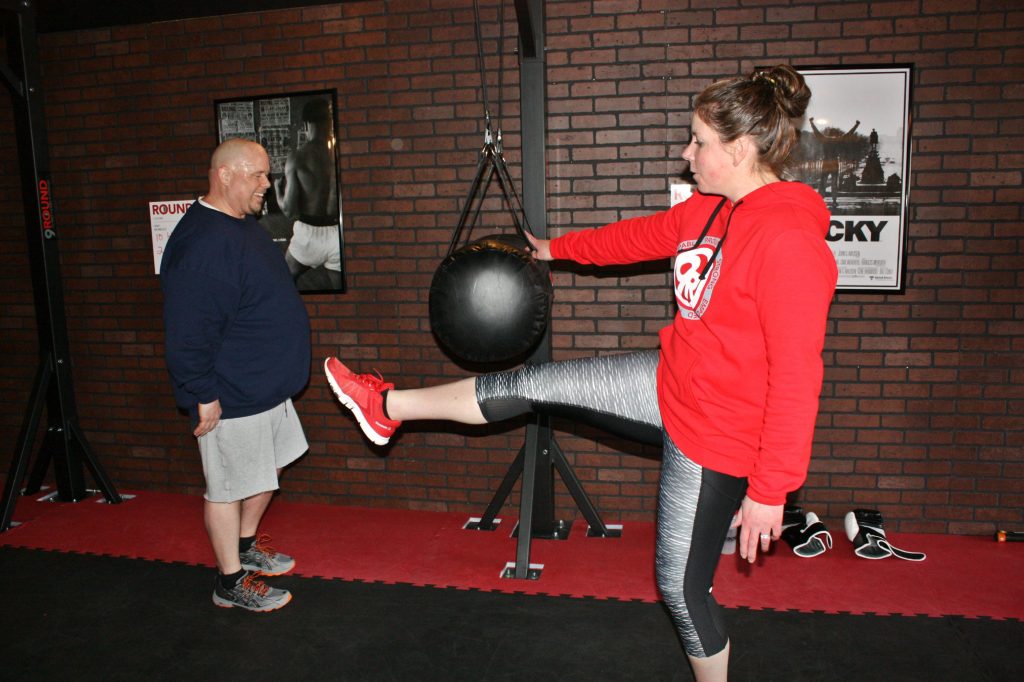 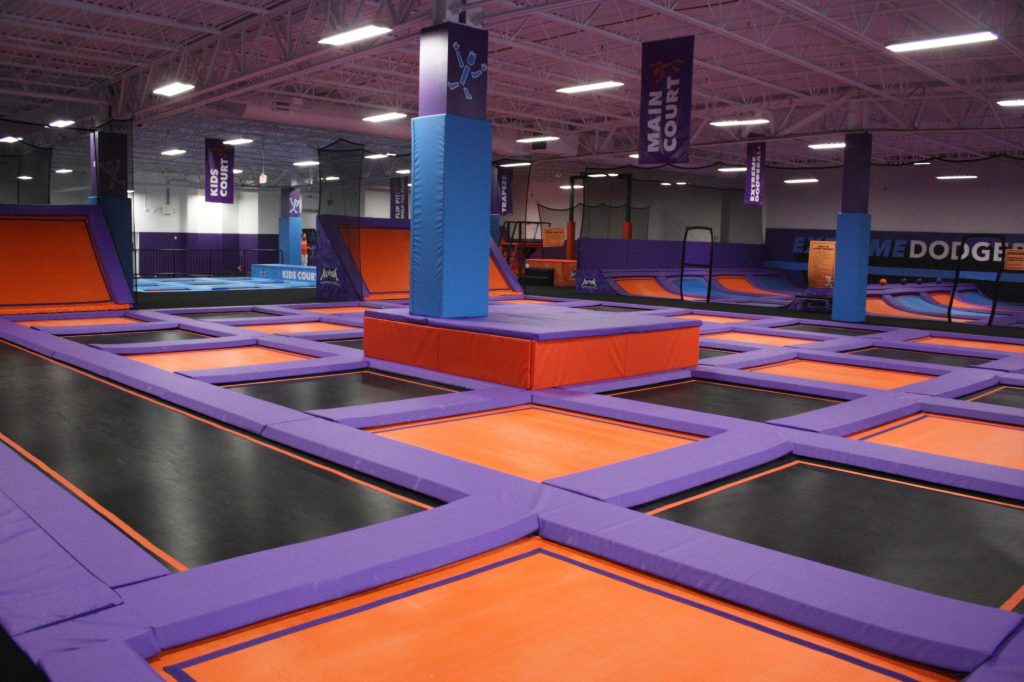 Believe it or not, it’s already that time again. This will be the last Insider issue of 2018, so it’s only natural that we use this space to look back on the year that was.

2018 was a whirlwind around here, with lots of big changes both for the city and for this paper. Interestingly enough, most of the major changes that took place over the year involved our old buddy Tim Goodwin, who will be making a cameo appearance next week as I will be on vacation.

Over the next page-plus, sit back and relive some of the most thrilling Insider moments of 2018, from meeting the world’s greatest Donkey Kong player to leaping off a trampoline into a giant foam pit.

The first issue of 2018, which was published Jan. 2, featured Robbie Lakeman, Concord resident and Donkey Kong champion of the world. How Tim found him, we may never know, but Lakeman let Tim into his home to watch him do his thing on his own DK arcade machine in his basement.

The Insider has had encounters with a different world champion – Matt Bonner of the San Antonio Spurs – but this encounter was the first time a world champion of arcade gaming graced our pages. For those who are curious, Lakeman actually set the world record in late December 2017 by racking up 1,230,100 points over three and a half hours. It was his seventh time claiming the world title, according to Guiness World Records.

Here’s to hoping Lakeman retains his title in 2019 and beyond.

It was certainly a banner year for the Goodwin family. It all started in April, when Tim acquired and donned a pregnancy suit to get a feel for what his wife, pregnant with their second child at the time, was going through. While he probably never experienced close to what his wife actually did, it made for some pretty hilarious looks around the building, and some great photos, too.

That led to the big day – on May 22, little Penelope Joan Goodwin graced the world with her presence for the first time, and Tim was overjoyed with his new addition.

Then, in late August, there was a big subtraction – the subtraction of Tim from the Insider. In an effort to spend more time with his family in Keene, Tim left his position at the Insider to work primarily at the Monadnock Ledger-Transcript in Peterborough, with a bit of side work for the Monitor, too.

It hasn’t been the same since then, but he looks forward to getting back behind the desk for next week’s issue.

While working at the Insider is about as fun as it gets, sometimes it’s interesting to try something else. That’s why, for the issue of Oct. 2, I tried a few other jobs around the city.

The first alternate job I tried was delivering the Insider to a few locations across the city. I figured that since I already did all the work to make the paper, I might as well take it all the way and deliver them, too.

Then, I got to check out the city’s water treatment facility. Since handling the city’s supply of drinking water is kind of a big deal, I was not given the keys to the car, so to speak, but I did get to turn some wheel that made a big pipe start spewing dark sludge into a big tank under ground, so that was kind of neat.

Finally, I stopped by Concord Public Library to try my hand at restocking some shelves. I’m proud to report that I did an incredible job at this and that I may have actually found my true calling. Probably not, though.

Pizza played an unusually large role in the Insider in 2018, not that that should come as any big shock.

For the issue of Jan. 30 (my birthday, by the way – great day), we made it all about pizza. Tim stopped by Donatello’s and watched how the obscenely huge Super Dominator was made (hint: there are several pounds of cheese on the Super Dominator). I hit up a bunch of gas stations and debated the merits of each offering. We also learned a thing or two about making pies at home.

Then, on March 20, we reported on the events of the Monitor’s inaugural Pizza Pie Showdown, held on March 14 – Pi Day. That event invited Concord-area pizza makers to show off their stuff for the public in a battle for pizza-place supremacy.

By the way – word on the street is that the Monitor will hold the contest again in 2019. Stay tuned for more details.

It was another big year of Cappies awards, with businesses from restaurants to nail salons taking home serious hardware. In what has become an Insider tradition, we took the first opportunity we could – the May 22 issue – to check out some of the winning businesses.

One of the more entertaining experiences – for me – was playing a few holes at Beaver Meadow Golf Course, winner of the Best Golf Course award. In absence of Tim, I grabbed Monitor reporter Nick Stoico for a friendly match of five holes. After a few missed putts and many shanked irons, I ended up losing by five strokes to Stoico, who had considerably better form than I did.

One of the more entertaining pieces – for you – was when I visited Turbo Tan for a little artificial UV rays. This was the first, and quite possibly last, time I’d ever been to a tanning booth, and I was overwhelmed at how hot and bright it was in there. That said, I came out with a healthy glow that I’m sure impressed everyone I walked by from that point on. I say it was a successful trip.

It seems like there’s always something new coming to Concord, and 2018 was no exception to the rule. Over the course of the year, we checked out new restaurants, community buildings, fitness centers and fun spots, among other types of places.

On the jumping side of things, we hopped into Altitude Trampoline Park at Steeplegate Mall, where we got to leap off a trampoline into a big pit of foam.

On the food and beverage side, we checked out Chuck’s Barbershop, the speakeasy-themed, 1920s-inspired bar in Eagle Square. We got a kick out of the shtick, including the password to get in, the old-timey music playing inside and the staff all in period costume.

Then there was Noodles & Pearls, the ramen shop on Pleasant Street. The only downside here was the meat was a little big and difficult to handle with chopsticks.

Next door to Noodles & Pearls, we checked out Off Main Pizzeria, where slices are served up all day. We enjoyed a hearty slice of buffalo chicken pizza, which was crispy and spicy.

On the sweet side, there was Frekey’s Dairy Freeze, which opened in the former Summer Freeze location, and The Cannoli Stop @ The Candy Shop, right next to Red Arrow Diner on Loudon Road. We were very impressed with each place’s offerings, especially the pistachio cannolis at the Cannoli Stop.

We also got to take of tour of the city’s new City Wide Community Center, formerly the Heights Community Center and a school before that. The city poured a lot of money and resources into revitalizing the old building, and it really paid off in the end. We look forward to going back for many future events.

With all the eating we did in 2018, we had to check out some fitness centers, too, such as 9Round, the boxing gym focusing on 30-minute workouts, and 43 Degrees North, with its state-of-the-art equipment and zen-like atmosphere. Finally, just recently, we visited Strive Indoor Cycling in the former home of McGowan Fine Art. This is the city’s first and only studio strictly dedicated to indoor cycling, and we bet it will be a fixture here for a long time to come.