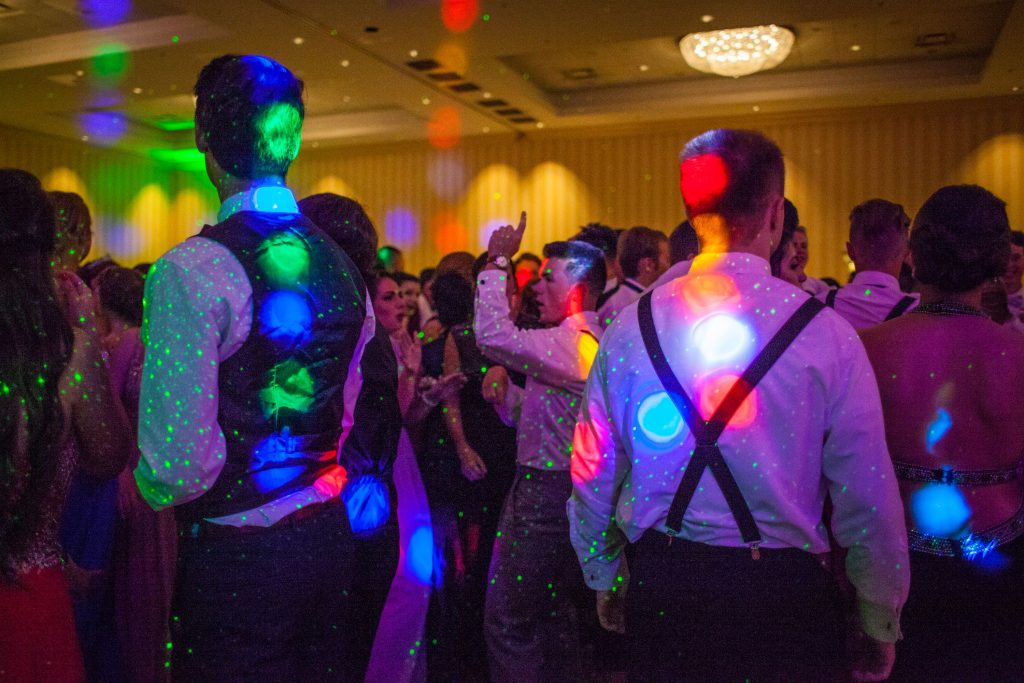 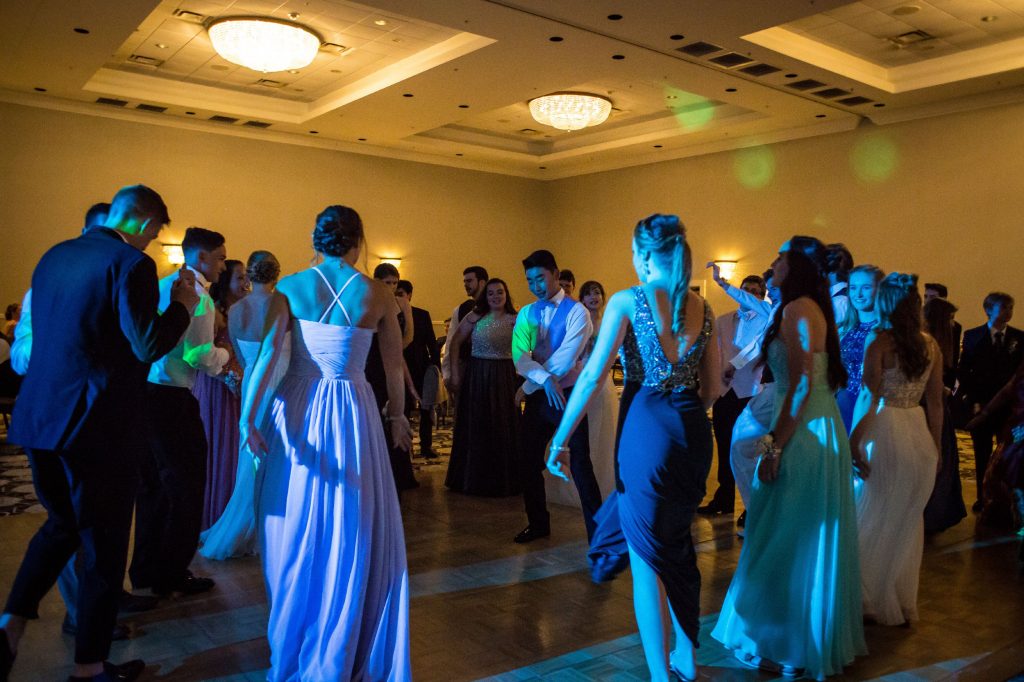 Bishop Brady students dance to the music during prom at the Grappone Conference Center in Concord on Friday, May 18, 2018. This yearâs theme was âNautical Nights." (ELIZABETH FRANTZ / Monitor staff) Elizabeth Frantz

Even though we haven’t even gotten to Christmas yet, the other big holiday around this time of year – New Year’s Eve – is fast approaching, and we figured we’d get the word out about a big bash going down before it’s too late.

One of the challenges of trying to find a great New Year’s party to attend in Concord is that there usually aren’t many of them. The city stopped doing First Night celebrations years ago amid financial trouble and fears of terrorism – a bomb threat was reported in 1999. Sadly, despite the lack of attacks in Concord over the years, the tradition, started in 1984, has never been revived on a city level.

That’s where the Grappone Conference Center comes in.

The function hall inside the Courtyard by Marriott hotel is well-versed in playing host to big parties, and this New Year’s Eve bash figures to be a good one.

The party will be a masquerade ball of sorts – masks are encouraged but not required, and there will be plenty of dancing all night long.

It all gets started at 7 p.m., with a cocktail hour from 7 to 8. There will be a cash bar – the event is for people 21 and older, said Sherri Ferns, regional director of sales for Duprey Hospitality, parent company of the Grappone Conference Center. IDs will be checked at the door upon entry.

All the while, the Club Soda band will be cranking out tunes as well as emceeing the event – you can’t have a New Year’s Eve celebration without lots of lively music.

After you’ve had the chance to grab a drink and work up an appetite through vigorous and enthusiastic dancing, dinner will be served at 8. The dinner will be a buffet with options including peppered tenderloin, salmon, vegetable strudel, a stir-fry station, a baked potato station, seasonal veggies and a grand dessert buffet. It’s all being prepared by chef Trish Taylor and her team using as many fresh, local ingredients as possible, so it should be pretty good.

“The cool thing about the Grappone Center is we locally source our food,” Ferns said. “We work with local farms to provide greens for salads and things like that.”

At some point during the evening, there will be a champagne toast. There will also, of course, be a fireworks display at midnight. The fireworks will be launched right near Horseshoe Pond, and the party will move outside for a few minutes to check out the show.

As for appropriate attire for the event, there isn’t a strict dress code or any requirement to dress up in costume. That said, you probably don’t want to be the only one showing up in sweat pants, a T-shirt and a backwards trucker hat.

If you’re considering getting in on the masquerade fun but don’t know where to get a mask or anything like that at this time of year, you may be in luck.

“I think we’re gonna see some folks full-on dressed up and some just coming as they are,” Ferns said. “There’s no pressure to dress up, but if they want to wear a mask they can. We’ll have some available on a first-come, first-served basis.”

So if you can’t find your Phantom of the Opera mask, you can get one at the party – but only if you arrive early enough.

Tickets can be bought at ConcordNYE.eventbrite.com for $75 per person. Orders of six tickets or more will have assigned seating, and parties smaller than that will be able to seat themselves. You can order up to 10 tickets at a time.

Since this party takes place in the ground floor of a hotel, you can make a whole stay out of it – throw caution to the wind all night knowing you don’t have to drive anywhere until the next day. To book a room, call 225-0303.

There is a bit of time sensitivity to this – there were only 300 tickets made available, with more than half of those already sold as of late last week. If you want to get in on this party, you’ll have to act fast.

The staff at the Grappone Center can’t wait for this to happen.

“It’s cool because Concord hasn’t had a First Night in forever, so we’re super excited,” Ferns said. “This is our first year (hosting the party) and we’re looking forward to doing it for as long as the community supports doing it.”

For more info, go to grapponeconferencecenter.com.