Piccola Opera to sing at Audi this weekend

Home » Articles » Piccola Opera to sing at Audi this weekend 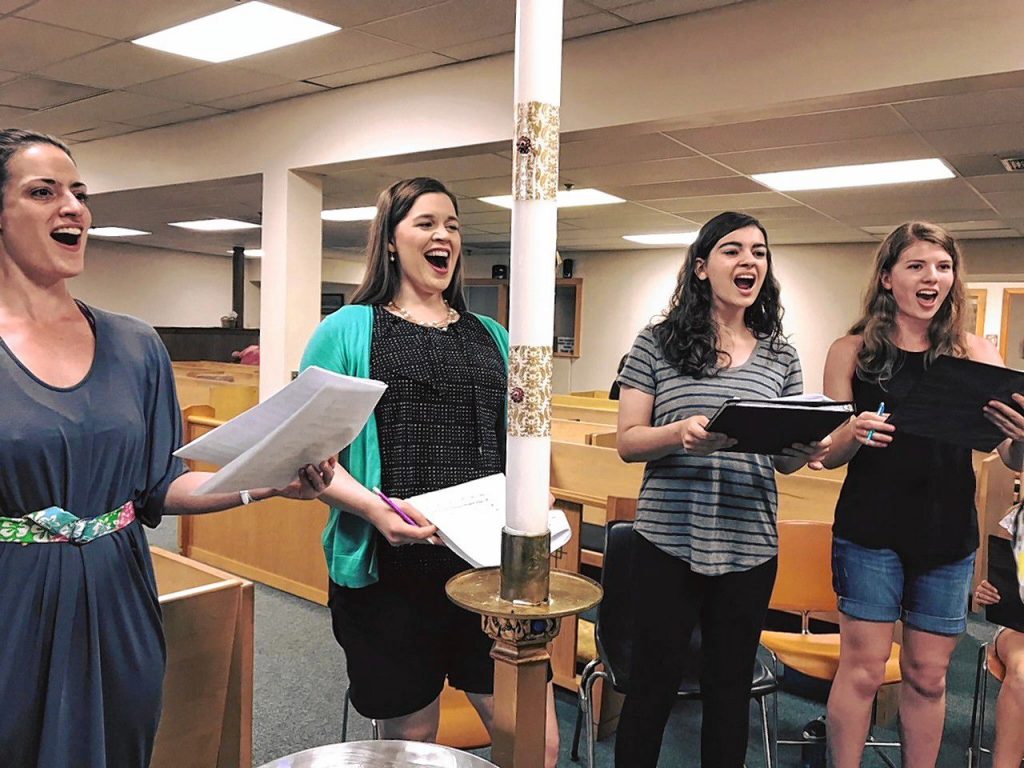 Members of Piccola Opera rehearse for this week's two performances of Operatastic. Courtesy

When it comes to the live entertainment scene in Concord, you don’t see a ton of operas on the schedule.

But thanks to Piccola Opera, the Concord-based company that opened in 2015, which works with children as young as 10 years old all the way up to emerging professionals, there’s always a few dates that can be circled.

And this Friday and Saturday are two of them, as a group of singers from Piccola will be accompanied by a pair of pianists on the Concord City Auditorium stage for two performances of Operatastic. This is Piccola’s summer festival, and will be a blend of all three of the opera company’s groupings. There will be members that are just embarking in the world of opera with the youth singers, ages 10 to 18. There are the emerging professionals, who have gone to school for music and are beginning their singing careers. And there are also community singers, people who enjoy opera and are quite good at it, but never pursued it as a career.

The two-act show includes operas like La Traviata, The Magic Flute, Le Nozze Di Figaro and Hansel and Gretel will be represented in the two-hour performance (with an intermission) – plus more.

“There’s a couple of numbers when we have everyone on stage, which is really great,” said Ashley Noelle Therrien, development coordinator for Piccola.

Many of the emerging professionals received contracts at last year’s fall competition held by Piccola, which will once again take 40 entrants for the Oct. 20 event.

This group began an intensive rehearsal schedule to early last week, but don’t worry, they all learned their parts before coming together as a group.

“One of the best things about our opera company is that the younger group learns from the older singers,” Therrien said.

As an added bonus, during the intermissions, some of the emerging professionals will be doing solos. But not on the main stage – just follow the crowd to find them.

Tickets are $18 for adults and $15 for seniors and children 10 and under. They can be purchased ahead of time at piccolaopera.net/opera/ events or at the Audi the day of. Both Friday and Saturday’s performances will be at 7 p.m.

“It’s so much fun to perform with people in the seats so we hope people come,” Therrien.