We tried stuff for kids, seniors and everyone in between at Concord’s new City Wide Community Center

Home » Articles » We tried stuff for kids, seniors and everyone in between at Concord’s new City Wide Community Center 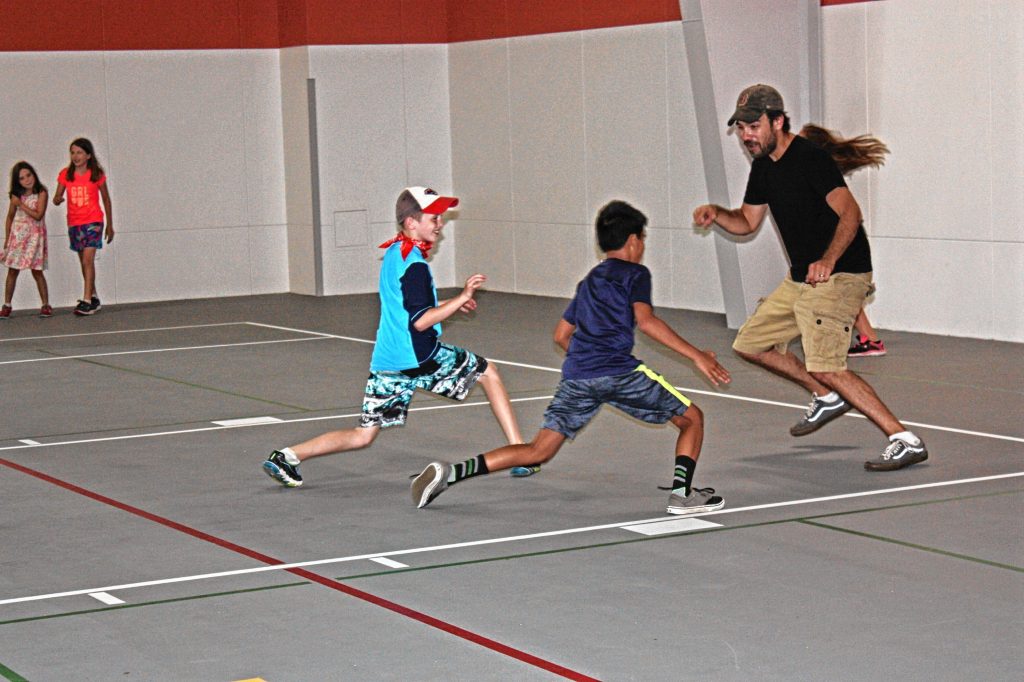 Jon gets schooled in a game of everybody's it tag with campers at the new City Wide Community Center last week. Who knew little kids could be so fast and nimble? OLIVIA HARDING / For the Insider 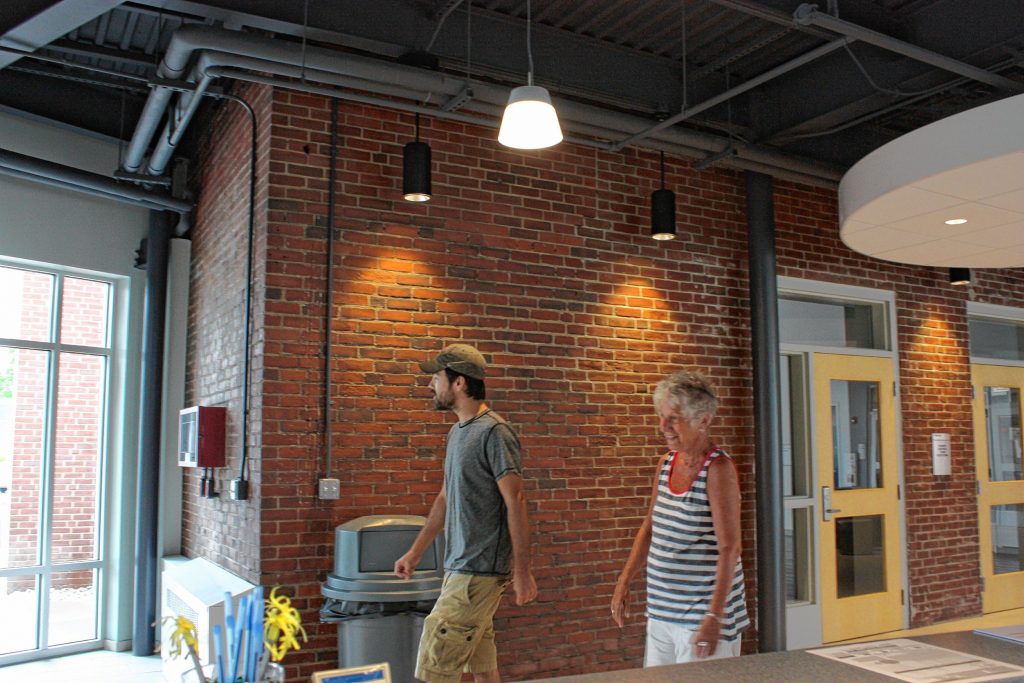 Jon gets a feel for some of the senior programming offered at the new City Wide Community Center by taking a leisurely stroll around the building with Jan Wilcox last week. The center hosts senior walking every Monday, Wednesday and Friday. RIELLY MANN / For the Insider 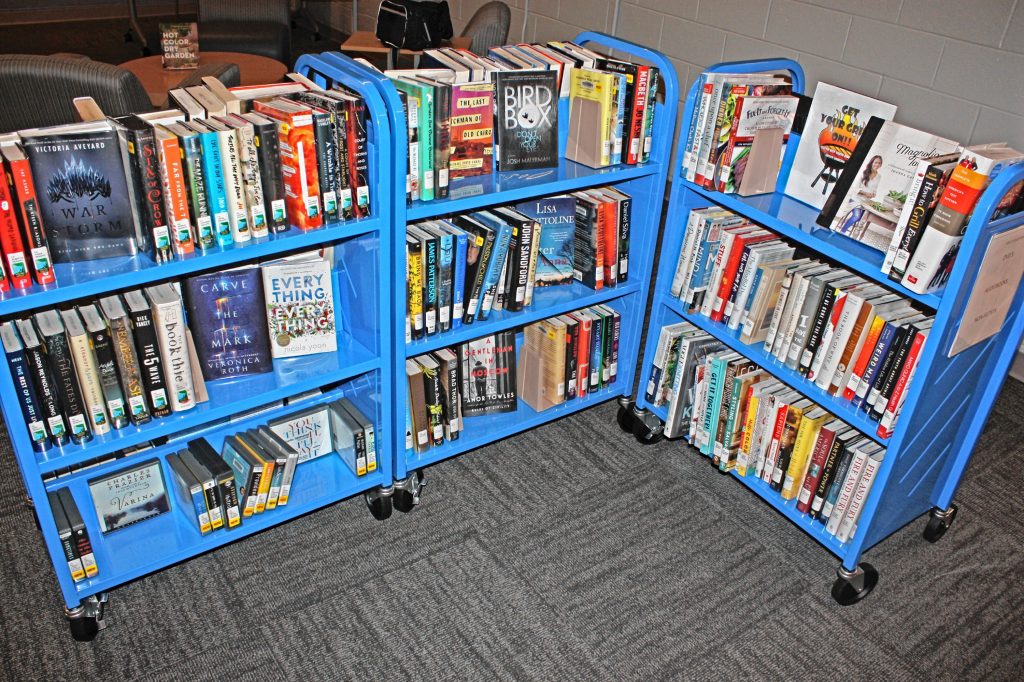 The new City Wide Community Center has a little mini library inside. It's an extension of the main Concord Public Library, and they keep a little bit -- a very little bit -- of everything in stock at the community center location. You can also request materials from the larger library to be sent here and vice versa. JON BODELL / Insider staff

There’s been a lot of excitement around Concord’s new City Wide Community Center, which just opened a few weeks ago on Canterbury Road at the site of the former Dame School. We went and checked the place out right before they opened to the public to see what everything looked like, but it wasn’t completely finished yet.

Now that it is finished – and being used by the community, as it was intended – we decided it was time to go down there and see what kinds of things actually go on.

Since the whole point of the building is to be a multipurpose, multigenerational site for everyone in the city to enjoy, we wanted to try a little bit of everything the new center has to offer.

The first order of business was going to a summer camp for part of a day. Since the new community center also now doubles as the headquarters of Concord Parks and Recreation, it makes sense that Parks and Rec would work their summer camps into the new building.

When we got there last Thursday, a group of summer campers were doing their thing in the gym – some shooting hoops, some running around, some just hanging out talking. After a minute or two of our arrival, it was time to play the kids’ favorite game: everybody’s it tag.

The game is simple – it’s tag, and everybody is it. You can tag anyone and anyone can tag you. If you get tagged, you have to sit down until the person who tagged you is tagged. So you do have to keep an eye on who tagged you, as you’re eligible to return to the game as soon as he or she is tagged. And since everybody is it, if two people tag each other at the same time, a quick round of rock-paper-scissors decides the winner.

We hadn’t played any form of tag in a long time, and never this version, so our game was a little rusty. At first we were afraid to really go after the kids – they’re elementary school kids and we’re grown men. But after seeing how into it most of the counselors were, we loosened up a little and went for it. But it didn’t really matter.

It was immediately clear that every kid in the gym was in much better playing shape than we were – these kids could really fly! Their cuts and jukes rivaled those of Julian Edelman (pre-injury, of course), and their sneakiness would make Spider-Man jealous.

The most challenging aspect of the game was the all-sides attack – your head really has to be on a swivel to survive in this game. Just as you’re about to make your move on a kid who’s cornered right in front of you, you feel a small hand tag you on the back that you never saw coming.

Olivia Harding, camp supervisor and the photographer of our tag session, said the game is easily the kids’ favorite activity – “Most of them would probably play this” by choice during free time, she said. And we can see why.

After the exhausting game, we went for a less intense experience, by checking out the library. The center has a little mini library inside that’s an extension of the main Concord Public Library. It’s open 20 hours a week on Tuesdays, Thursdays and Saturdays, and though the selection right now is fairly limited, patrons can request any materials from the main library and have them sent over, and vice versa.

The idea for now is to stock a variety of items – kids’ books, young adult, general audience, DVDs and more – and see what people are interested in. There are also some Chromebook computers available for public use.

While there are only a few small racks of books in the library right now, there is plenty of room to grow the offerings – they wanted to keep it somewhat limited for now as they gauge the interest and see how heavily it’s used in the first few weeks. So far, many people seemingly don’t even know it’s there. But, that will of course change once this highly respected and extremely powerful publication reaches the masses.

Once we had browsed the library for a bit, we were wiped.

But we went back the next day and joined Jan Wilcox on her walk around the building. The center hosts indoor walking for seniors on Mondays, Wednesdays and Fridays at 11 a.m. The route goes from the back end of the building to the main entryway, then into the gym for three laps around the perimeter, then back down the hall to where it began. The route totals a mile, and every time someone reaches 4 miles they can enter to win a gift certificate – “I put mine in last week and haven’t heard anything yet,” Wilcox said. She doesn’t mind not winning the prize, though, as she just likes the exercise.

She just started attending the walking sessions when the new building opened, since it’s so close to where she lives. She even biked over with a friend once.

Walking begins at 11 a.m., but there’s no starting gun or big official announcement. Basically, seniors just start walking whenever they show up, and some do more than others. There really aren’t any rules or regulations, so it makes for a pretty relaxing time to get some exercise – and socialize.

Other senior activities offered at the City Wide Community Center include bridge, adult coloring, knitting, cribbage, ping pong and more. We would have loved to have checked out some of those things, but senior programming is only offered at the center on Mondays, Wednesdays and Fridays and we simply ran out of time.

But now that it’s open and you have an idea of some of the things you can do there, make a point of going over and checking the place out yourself. It really is a nice, new building that does have plenty to offer everyone, no matter your age.

The building’s location is 14 Canterbury Road, right off Loudon Road. For more info, go to concordparksandrec.com or call 225-8690.