It’s the middle of summer – and we like beer 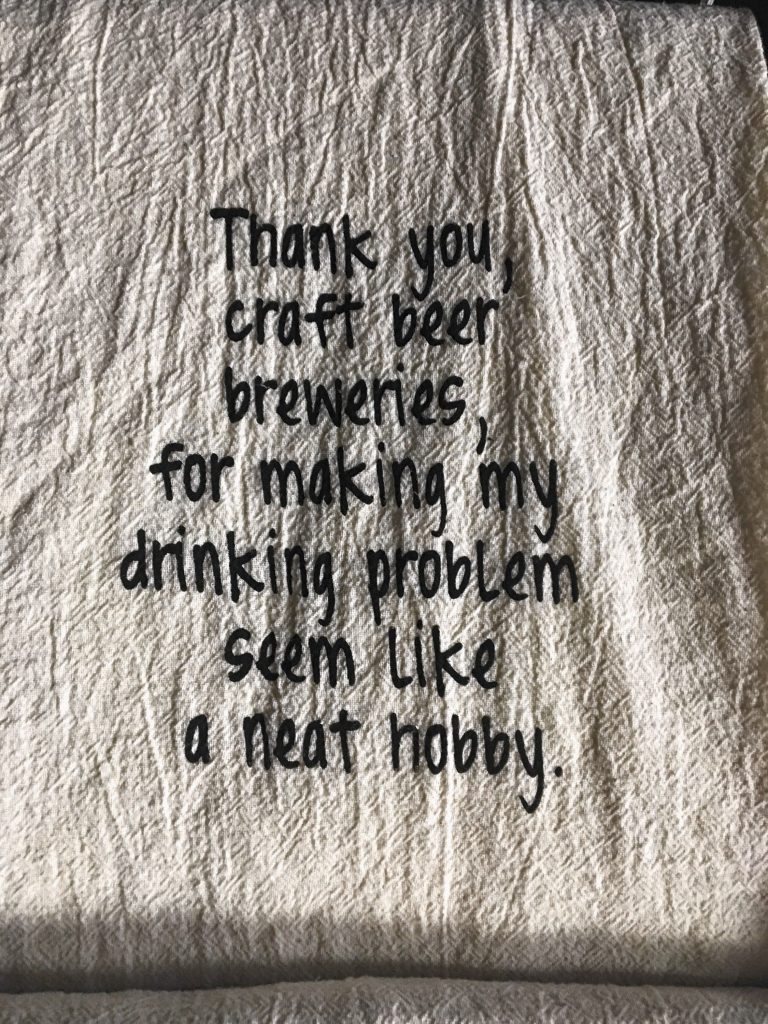 Local Baskit will be selling tickets for Bacon and Beer and these fun towels at the N.H. Brewers Festival. Courtesy

Summer is a great time to sit down and enjoy a cold beverage – especially of the adult variety.

So we found some great tastings, a pairing event (in September) and new beers for you to try. And make sure you have some for us.

The downtown brewery is hosting a “Find Your SAFE SPACE” summer contest.

All you have to do is bring your Safe Space (that’s one of their newest beers in the vibrant cans) with you this summer and share a picture on their Facebook page using #mysafespace. Then follow Concord Craft Brewing on Facebook or Instagram and a winner will be chosen from the submissions at the end of July.

The winner will receive a case of Safe Space – which is a pretty nice haul if you ask us – and a giant Safe Space inspired unicorn float.

Concord Craft has a pair of new beers coming soon with the Bottle Rocket Hefeweizen, a lemon, blueberry and raspberry infused half wheat and half malted barley beer, and the Strawberry Hefeweizen.

They have live music on Thursday with Matt the Sax, and will offer specials at the brewery on Saturday during the Brewfest – for those who may not be attending.

In addition to the beer collaboration and subsequent music written about on the previous page, Lithermans Limited has more beers in the works.

They will be having a draft release for DePeach a la Mode at Buffalo Wild Wings in the coming weeks.

At the brewery, there are two more sours that will soon be added to the rotation in Cherry Bomb and Throne of Gold.

And if you’ve been following along, another brew for the single hop series is about to hit the kettles and should be out in the next month or so.

Keep an eye out on their Facebook page for updates or ask next time you’re in grabbing a beer.

The Concord Center place for a meal kit and local beers is hosting Oddball Brewing for a tasting on July 31 from 4:30 to 6:30 p.m.

And we know this is well in advance, but on Sept. 12 from 5 to 7 p.m., several local beer makers will be vying for the best bacon and beer pairing. Entries from Litherman’s Limited, Concord Craft, Hobbs, 603 Brewery, Henniker Brewing and a couple others to be determined are signed up. Bacon bits from Fox’s Country Smokehouse will be there to try out so you can vote for your favorite combo.

As you can imagine, this is going to be popular, so get your tickets now. It’s $5 for regular admission and $10 for VIP.

Help celebrate the Concord State House’s bicentennial on Saturday with the State House Bicentennial Commission, as they host the 200th anniversary of the Toast to the Eagle.

The ceremony will consist of the 13 toasts that were offered at the original setting of the Eagle on July 18, 1818. That’s a pretty long time ago.

Entry for the beer garden begins at 2:30 p.m., with the actual celebration beginning at 3 p.m.

You will also have the opportunity to view the new 50-minute documentary Restoration that showcases the recent award winning State House dome project showing in room 100 of the State House after the toasts.