Concord is an exchange student destination 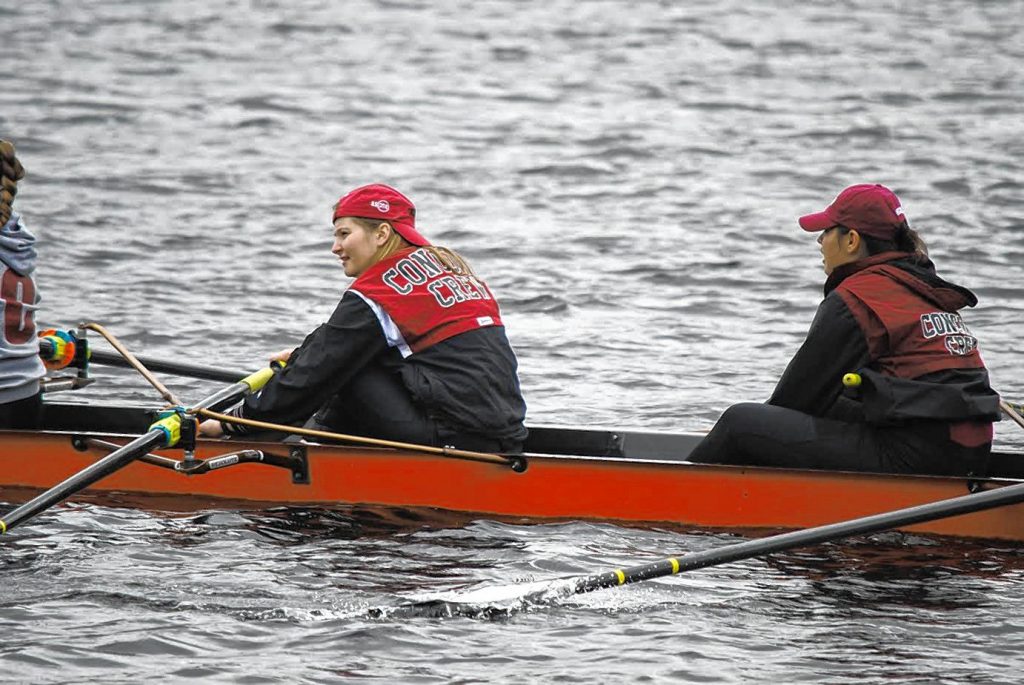 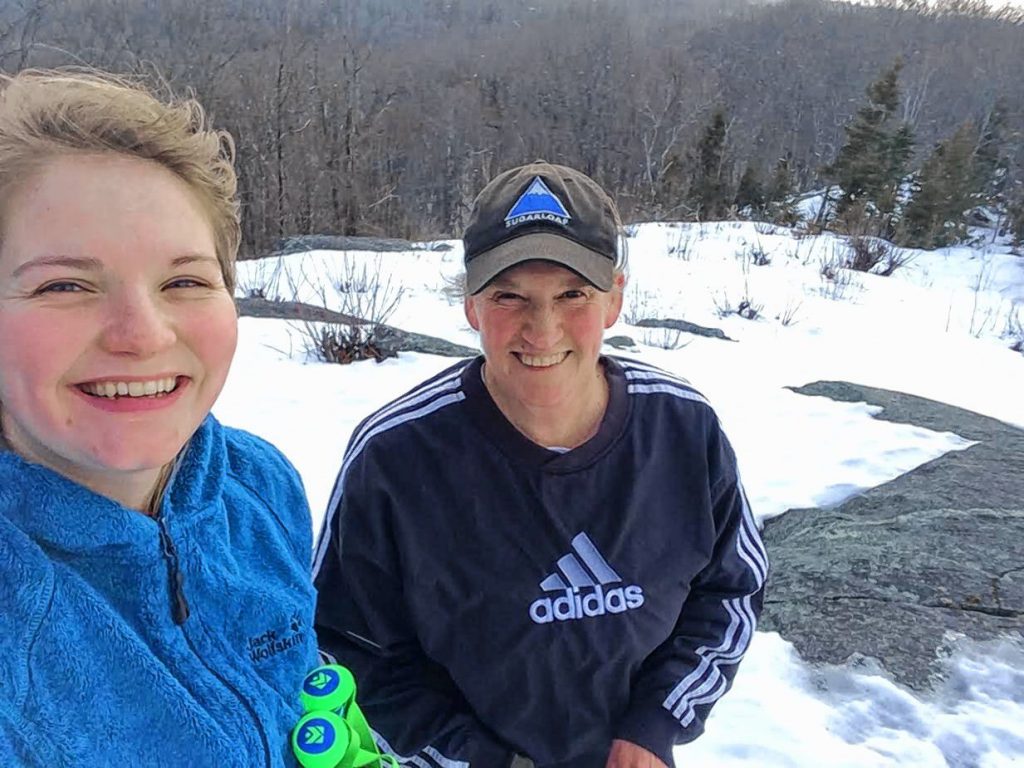 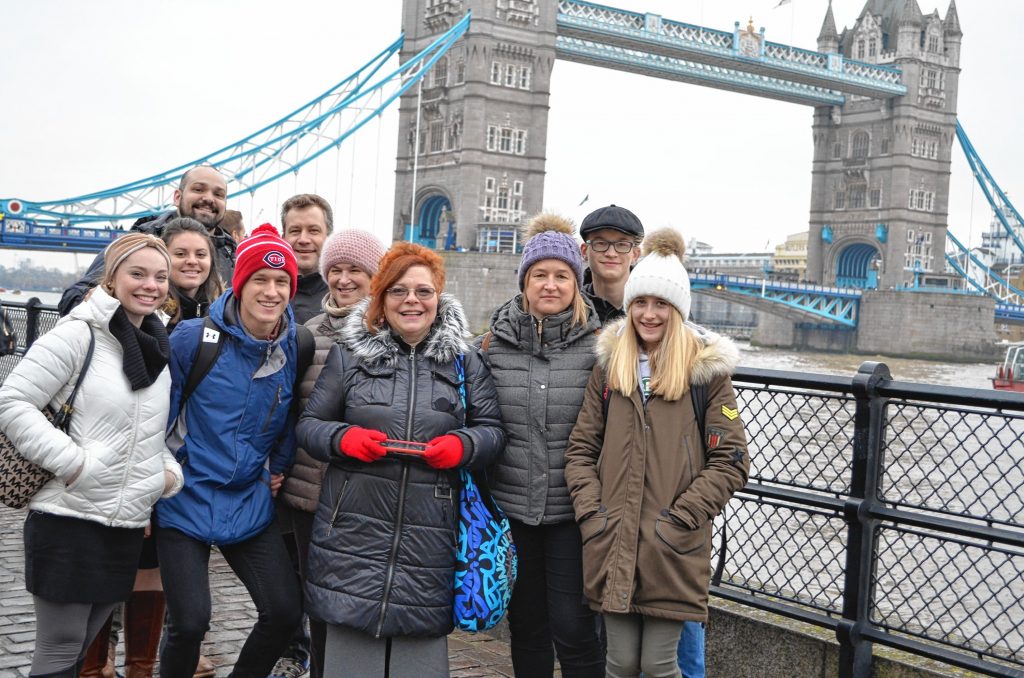 Loic Servais, second from left, with his family and host family during a Christmas break trip to England. Courtesy 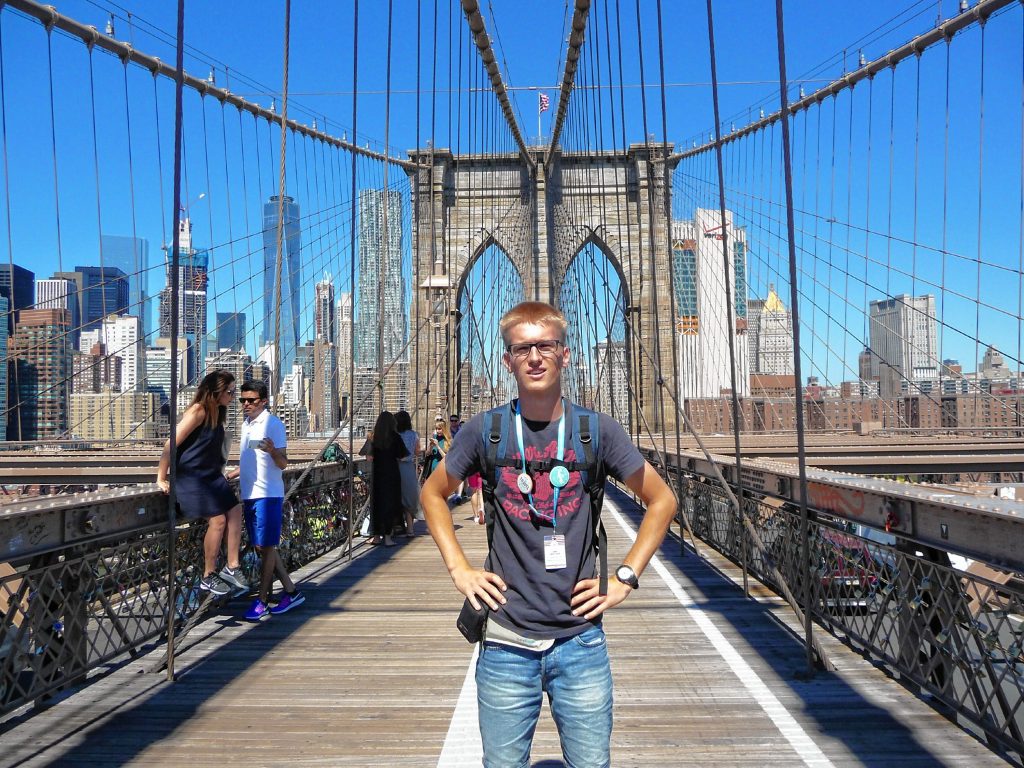 Loic Servais during a trip to New York City. Courtesy

When Loic Servais and Clemence Castaigne arrived in Concord last August, neither really knew what to expect.

Sure, both had done quite a bit of research about the New Hampshire state capital, but the Belgian exchange students were about to embark on a whole new world that can’t be summed up on the internet.

The two came to Concord as part of the Cultural Homestay International program, where high school students from all over the world are given the opportunity to study for a year in an American high school while living with a host family.

They didn’t know each other back home, but it just so happened to work out that they got placed in the same New Hampshire city.

“The beginning of the year is very challenging,” Servais said. “You’re a bit home sick, but they made me feel comfortable from day one.”

Back home, Servais and Castaigne speak French and had taken some English classes in school, but there’s a huge difference from learning a language in the educational sense and being immersed in a culture where you must speak and understand it at all times.

That’s part of the reason why both came to Concord for this past school year. Servais had some friends who took part in the program and really wanted the experience, while Castaigne’s parents thought it was a tremendous opportunity and one she couldn’t miss out on.

The students must apply, and once they’re accepted into the program, it’s then a matter of determining where they will be placed and finding a host family for them to live with for the year.

That’s where Susan Dyment comes in. She’s the coordinator for Cultural Homestay International in Central New Hampshire and is the one who works to find the right match between exchange student and host family.

It’s a lengthy process, one that includes applications, a home visit, references and a background check. But because of that information gathering process, it’s a lot easier to find the right situation for both student and family.

“Most of them work out tremendously and we’re very thankful for that,” Dyment said.

In the cases of Servais and Castaigne, the match could not have been better.

Castaigne lived with Lise Bofinger, a science teacher at Concord High. Her family had never hosted an exchange student, but Bofinger had many in her classes over the years.

“I’ve always enjoyed having them as students,” Bofinger said.

Castaigne was big into kayaking and water sports back home and Bofinger’s daughter Gretchen is a member of Concord Crew. So as you can probably tell, that was a big check mark for wanting Castaigne to stay with them for the year.

“You want to make sure you have a good match,” Bofinger said. “And it was. I would do it again. It was a good experience for us.”

Over the 10 months Castaigne lived with Bofinger and her family, they went to the family camp in Maine, skiing and hiking. They traveled down to Boston, and her first day in the U.S. consisted of a trip to buy a new refrigerator.

“I couldn’t have had a better family,” Castaigne said. “For me, they were perfect.”

One of the first things Bofinger learned about her daughter for the year was that she did not like cucumbers, but loved the litters of puppies the family had during the school year. It also took some time for the lines of communication to open up.

“I don’t think she understood much when she first got here,” Bofinger said.

As part of the program, the students are provided the opportunity to visit New York City, Boston and Washington D.C. They can also go camping and on a ski trip, if they choose to.

For Reed and Randy Cotton, Servais was just the latest in a long line of exchange students to live in their Concord home. Over the last two decades, along with their two daughters, they family has hosted somewhere in the neighborhood of 20 students from all over the world.

“From the stand point of how I’ve looked at it, is that it has opened the eyes of my own kids,” Randy said.

“These kids are forever changed after this experience,” Reed said.

And because they’ve hosted so many, they know what to look for when choosing from the pool of applicants. They want a kid that has siblings, that’s traveled and has studied English for at least six years.

Servais checked off all those categories and was he ever a tremendous fit for their family. They took trips to England and Scotland over Christmas break, where they met up with Servais’s family. Servais even bought a kilt.

“We want it to be natural, how they join the families,” Dyment said. “But we don’t expect our host families to be travel guides.”

They also went to Quebec and Montreal, and Servais did a mission trip to New Orleans during April vacation with 12 others from South Congregational Church to help with the continued rebuild effort from Hurricane Katrina.

“I have been very lucky to have all those opportunities,” Servais said.

He’s also a huge basketball fan, so catching a couple Celtics games was high on the list of things to do. Servais also made the varsity basketball team at Concord High.

And of course, the language barriers got better as the year went on.

“Once in a while we get a chuckle out of how some have used the English language,” Reed said.

Soon, Servais and Castaigne will go home to Belgium and share their experiences of a year away from home.

“It really opened my mind,” Castaigne said. “It really was great. I will remember this for my whole life.”

And who knows, with all the fun and excitement they had in New Hampshire, there might just be more Belgian exchange students walking the halls of Concord High in the years to come.

“The students know they’re here to learn about the culture,” Dyment said. “You don’t spend a year in another country unless you’re looking for a new experience.”

Host families are always needed so if you’re interested in having an exchange student in your home, contact Dyment at susan@gatehouseguidance.com or visit chinet.org.