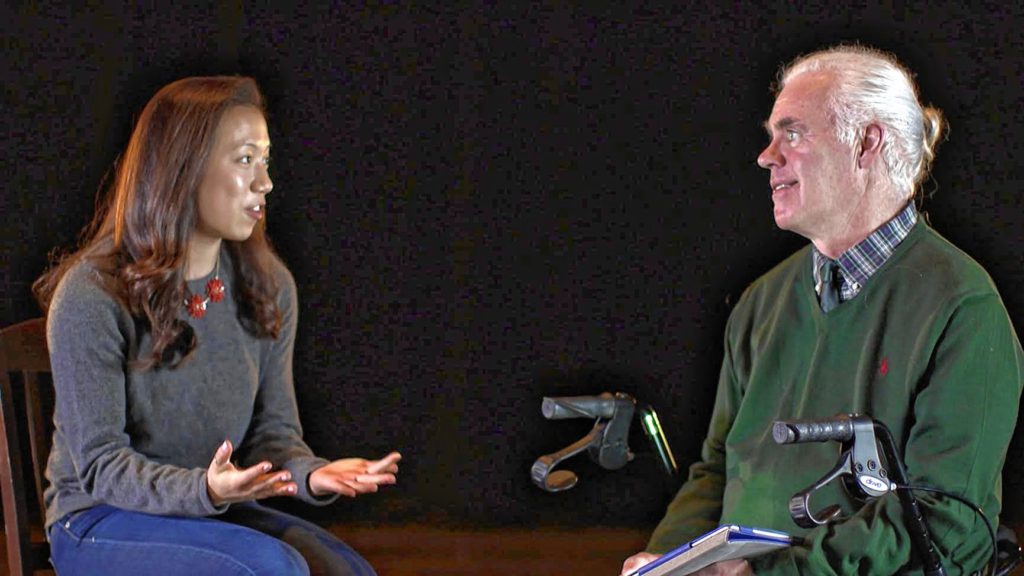 Since former Concord High School principal Gene Connolly’s diagnosis with ALS, his story has played out in the public eye.

Through the efforts of the Monitor, Connolly’s now three-year battle with the terminal neurodegenerative disease has been documented through a series of stories updating the community as to how the long-time face of the local high school was dealing with a disease.

For two years after his announcement to the community, Connolly stayed on as principal – allowing for his battle to be on display for students and faculty to see.

During his final year, local filmmaker Dan Habib saw something during an encounter with his son Sam, who is a student at Concord High and has cerebral palsy, and Connolly.

At that point, Connolly was using an electronic device to communicate, the same way Sam does with others. There was a moment there, one Habib could not deny.

And almost immediately, the wheels started to turn.

What came out of that encounter is Mr. Connolly Has ALS – a powerful documentary that tells the story of Connolly’s fight. But Habib wanted this film to be student driven, and not just him following Connolly around the hallways of Concord High during his final year as principal.

“It was too important of a story to pass on,” Habib said.​

So he asked each student at the school to come up with one question they’d want to ask Connolly if given the chance.

“Over the course of a week, I ended up with over 1,000 questions,” Habib said. “Some were very unique and powerful.”

That list was narrowed down to 150, thanks to Connolly’s longtime assistant Lisa Lamb, and Connolly picked which 40 would be filmed. And as you’ll see in the documentary, it’s the students who ask the questions.

Some were on the lighter side, like about his flowing white hair and his greatest accomplishment, while others, like his biggest fear and whether he’d ever considered assisted suicide, were ones that many in the community are likely very curious to know the answer to.

“I think it’s one of the best films I’ve ever made,” Habib said.

The film uses the questions as a jumping-off point, where Habib then uses footage he shot, interviews and archival footage that ConcordTV was so generous to let him use.

“It was hugely important to have access to that,” Habib said.

He wanted to show who Connolly really is and how, as he puts it, is the eternal optimist. From how he got out the door each morning to his interactions with students.

“It’s so obvious that he put the kids first. By far the most important part of his job was the students,” Habib said. “Even on his most difficult days, he was looking for positive moments.”

Thanks to a $5,000 grant from Concord Rotary and $7,000 in individual donations, Habib was able to make this film the way he envisioned it from the beginning, although it was a bit more of an undertaking than he planned as a side project.

“I ended up spending way more time than I anticipated,” Habib said.

Mr. Connolly Has ALS is making its world premiere on Tuesday (May 23) with two showings at Red River Theatres followed by a panel discussion with Connolly’s family and former students. Unfortunately, those showings have been sold out for some time, which is also good because that money is going to the Connolly Tough Fund.

And because of the response it got, Red River decided to extend the film’s run past the special one-night showing to have it play at least twice a day through Monday.