Hatbox Theatre is having a launch party

Home » Articles » Hatbox Theatre is having a launch party 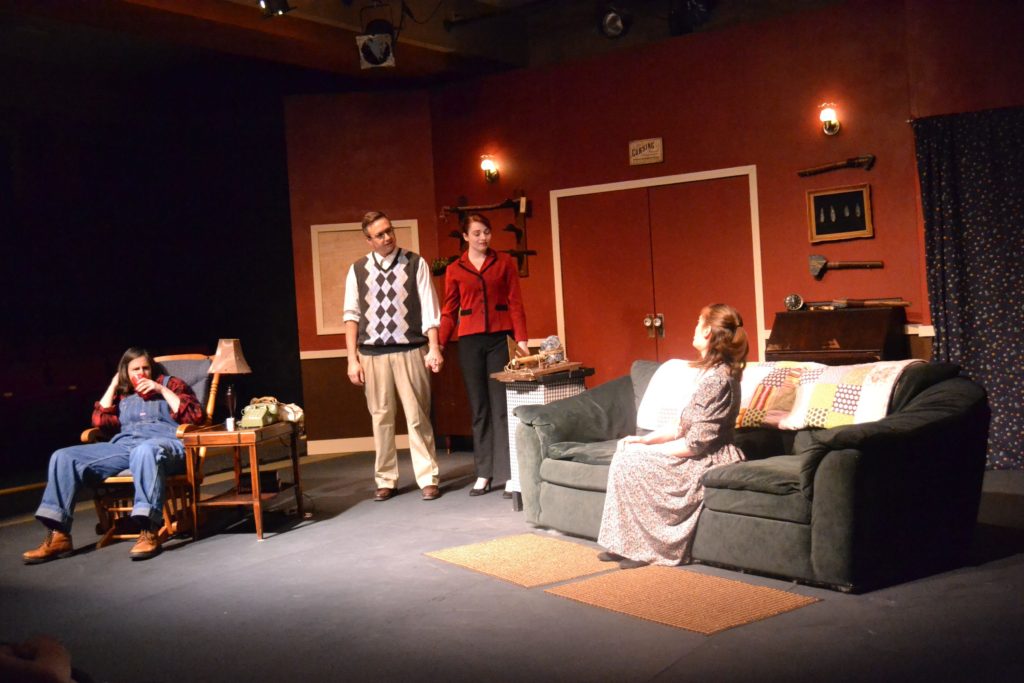 'I'll Be Back Before Midnight' is currently showing at Hatbox Theatre through July 10. Tim Goodwin

One of the most difficult things about going to see a new onstage performance is the uncertainty of what you’re getting into.

Sure, if it’s a well-known play that has been performed all over the world, you’re probably fairly comfortable buying a ticket. But what if it’s an original production? There’s no real good way to tell if you’ll like it, love it or hate it.

So Hatbox Theatre is doing something to change that.

And what that translates into is a bunch of five-minute snippets from the upcoming seasons.

Each performance scheduled for Hatbox between June 30 and next August will have the opportunity to wow and entice the launch party audience with a sneak peek.

“It will give people a taste,” Pinard said.

So that way, when the performances roll around, you’ll know just what to expect with your ticket purchase.

The upcoming seasons include a wide variety of options for your viewing pleasure, which includes original works – like a Hatbox original production about P.T. Barnum – classics (quite possibly Shakespeare), comedies, musicals, spoken word, concerts, variety entertainment and much more.

“We’re trying to be creative in order to satisfy the needs of the theater and music community,” Pinard said.

And you’ll be happy to know that not only means some of your favorite series will be returning, but also that some production companies from throughout New Hampshire will be bringing their new work to Concord.

And since this is a launch party, the list of shows will not be revealed until after the launch party, so you can be among the first people in the entire world to find out what is coming up at Hatbox.

“They will also be able to buy tickets for the summer shows,” Pinard said.

Tickets are $5 for the general public, and admission is free for Hatbox Theatre members

Visit hatboxnh.com to buy your tickets, or you can show up at the door – but just be aware that seating is limited and it could sell out.