Go Try It: Take a ride on an electric bike

Home » Articles » Go Try It: Take a ride on an electric bike 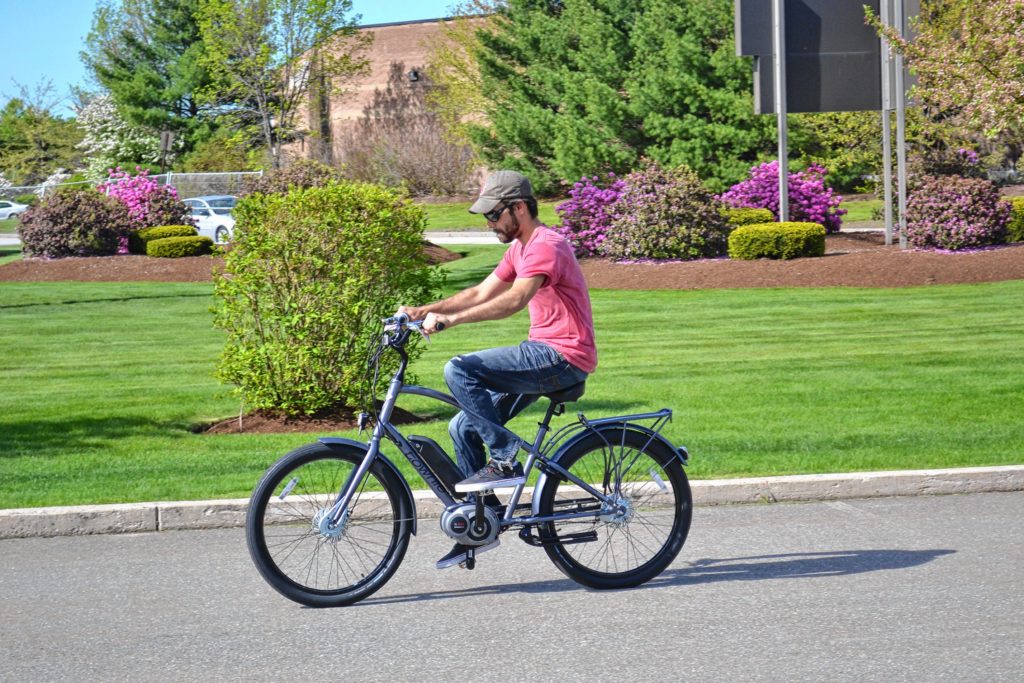 Jon takes the Electra Townie Go! for a spin around the parking lot at Goodale's Bike Shop last week. His first time ever riding an electric motorized bike was a thrilling one. TIM GOODWIN / Insider staff 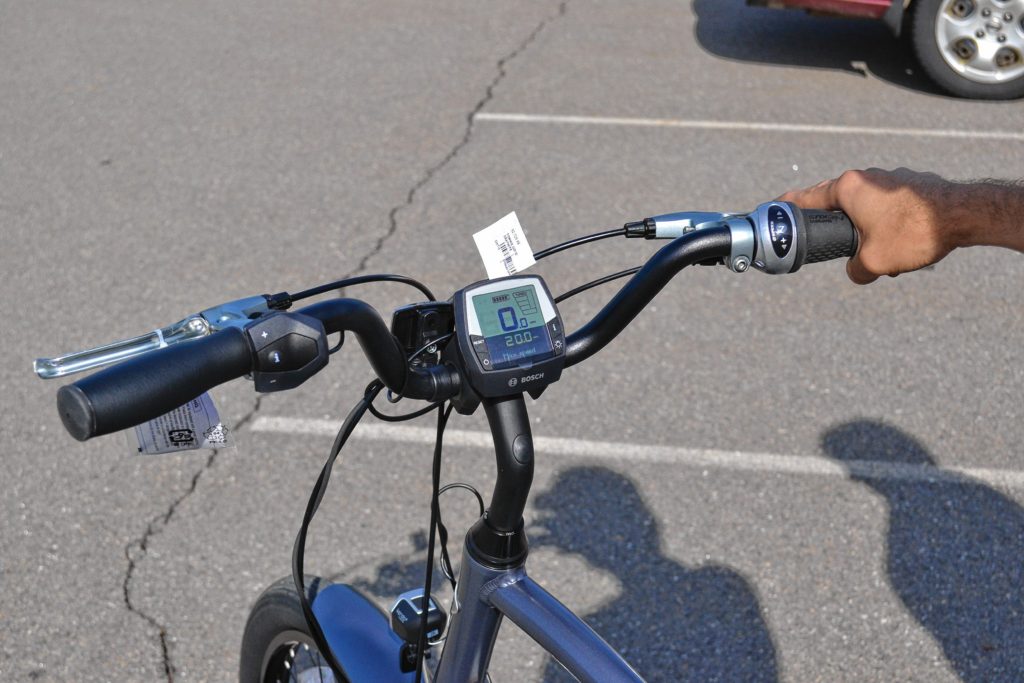 The Electra Townie Go! electric bike Jon tried at Goodale's Bike Shop last week has a computer that records your top speed, among a bunch of other things. The computer disengages the motor once 20 mph is reached, which Jon hit after just a few attempts in the parking lot. TIM GOODWIN / Insider staff

That’s what we learned last week when we tried out an electric bike at Goodale’s Bike Shop.

We stopped by Goodale’s to learn about what to look for when shopping for a new bike. While we were there, we were captivated by the small selection of electric bikes – or e-bikes – they had for sale. We’d ridden plenty of regular bikes in our day, but never one of these, so we had to give it a try.

I, personally, had always wanted to try a motorized bicycle. One of my college roommates had a really old and beat-up gas-powered one and I always thought it would be cool to try one.

The one I got to try at Goodale’s – an Electra Townie Go! – was light-years ahead of my old roommate’s, technologically and stylistically speaking.

Electra is owned by the cycling juggernaut Trek, and the Townie Go! is an electric, motorized version of the Electra Townie cruiser bike. The Go! comes with a battery pack and motor made by Bosch, known for making tools, appliances, windshield wiper blades and other quality things.

The main difference between this bike and a traditional bike is, obviously, that this one has a motor. But before you start dreaming of tearing up trails and doing burnouts in the parking lot, there’s more you need to know about this type of electric bike.

For one, there’s no throttle, so it’s not like a dirtbike, motorcycle, moped or any other motorized two-wheeler you may be familiar with. The motor on the Go! is more of a pedal assist – it doesn’t do anything at all unless you’re pedaling the old-fashioned way.

The Go! also comes with a pretty high-end bike computer, which tracks things like speed, distance, battery life, range, time and more. This computer also allows the rider to change the settings of the motor, which can be operated in four modes: eco, touring, sport and turbo.

As you might imagine, eco provides the least amount of assistance and turbo provides the most. The motor cuts out once the bike reaches 20 mph (which I achieved just in the store parking lot), since you probably don’t want to go too much faster than that on a bicycle, one that weighs 56 pounds, no less.

After a quick tutorial by store manager Brad Hill, I was turned loose on the Go! in the parking lot. I started in eco mode, which is barely noticeable but still easier than manual pedaling, before trying each of the other speed settings.

Surprise, surprise – the fastest mode was the most fun. The downside is that turbo mode drains the battery at a significantly higher rate than the slower modes.

It was like riding a bike, only easier. After a few easy strides I was doing about 16 mph, and after pumping a few more times I hit the limiter at 20 mph, at which point the motor cut out and I immediately felt all 56 pounds of the bike. I also cycled through each of the eight gears to try those out, though I was mostly interested in trying to hit 20 mph. It was a lot of fun just watching the speedometer, challenging myself to go faster.

If you have an extra $2,730 kicking around the house, you should pick one of these up and give it a try.